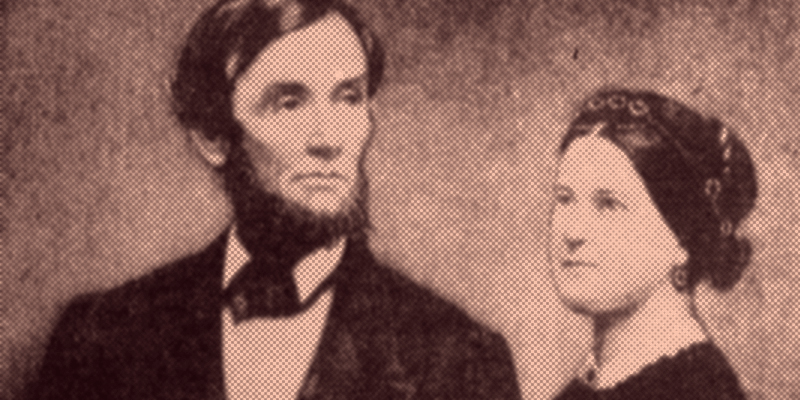 The Civil War Hoax That Almost Took Down The Union

In 1864, newspapers printed a message from the President threatening a new draft. Lincoln didn't write it. So who did?

It was just after three o’clock in the dark early morning hours of May 18, 1864, when the footsteps of a seventeen-year-old boy broke the near silence around New York’s Printing House Square. The newspaper editors had all closed up shop for the night, having received the Associated Press’s “all-in” alert, meaning that every bit of breaking news had been delivered to the papers’ offices for the day and, therefore, the morning editions could go to print. Editors Horace Greeley of the New-York Tribune, James Gordon Bennett of The New York Herald, and Henry Raymond of The New York Times—the three most powerful people in the press business—had already headed home or to social events. Lower-ranking editors had departed thereafter. Only the foremen and night managers stayed on, monitoring the churning high-powered, steam-driven presses as they rolled over the newsprint paper, preparing the news to send far and wide.

In his hands as he ran through the dark, the harried boy held fluttering copies of an Associated Press report. He ran from building to building along the edge of City Hall Park, visiting each of the city’s biggest papers, pounding on doors. At The New York Times, he discovered an open door and hurried into the business office. He threw three pages down on the desk and rushed out. Then he ran to the Daily News and The New York Herald. At each paper, he barely paused to deposit the manifold pages, delivered without an envelope and in full view of anyone who picked them up.

Having visited the Associated Press member newspapers near Park Row, the boy raced all the way down the cobblestone streets to the Journal of Commerce at the end of Wall Street, near the banks of the East River. He knocked at the newspaper office door. No one answered. A copyholder who had just been fired for incompetence as the proofreader’s second set of eyes sulked nearby, out of view, but he heard the commotion and called out. The boy hurried over and thrust the tissue-thin manifold sheets into the copyholder’s hand. Only a crucially important story would be delivered at this strange hour. Glancing at the familiar format and handwriting of the Associated Press’s small team of copyists, the copyholder struggled to read the text in the dark but realized the piece was long. He carried it inside. 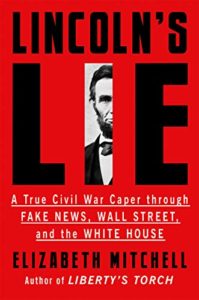 It had been thirty-seven months of carnage since the American Civil War began. A couple of weeks earlier, Union General Ulysses S. Grant initiated his Overland Campaign, with the aim of destroying Confederate General Robert E. Lee’s army between the Rapidan River in north central Virginia and the capital of the Confederacy in Richmond. At the start of the month, the most gruesome firefight of them all, the Battle of the Wilderness, had left the Union forces battling nearly blind for two days in the dense, dark thickets of Northern Virginia. Soldiers could only detect the enemy approach by ear, only determine the battle line from smoke rising above the trees, the flash of gunfire illuminating the bramble. “There is something horrible, yet fascinating, in the mystery shrouding this strangest of battles ever fought,” an eyewitness reported. The final casualty tally in eight days: 29,800.

After the Battle of the Wilderness, the Union army had moved south toward Spotsylvania, clearer ground. Over two days, Union forces inflicted high losses on the Confederates, including about ten thousand killed, wounded, or captured. Union losses were high as well. Assistant Secretary of War Charles A. Dana, formerly a journalist for the New-York Tribune, remembered surveying the wreckage, with night coming on: “The silence was intense; nothing broke it but distant and occasional firing or the low groans of the wounded. I remember that as I stood there I was almost startled to hear a bird twittering in a tree. All around us the underbrush and trees, which were just beginning to be green, had been riddled and burnt. The ground was thick with dead and wounded men, among whom the relief corps was at work. The earth, which was soft from the heavy rains . . . had been trampled by the fighting of the thousands of men until it was soft, like thin hasty pudding. Over the fence against which we leaned lay a great pool of this mud, its surface as smooth as that of a pond.

“As we stood there, looking silently down at it, of a sudden the leg of a man was lifted up from the pool and the mud dripped off his boot. It was so unexpected, so horrible, that for a moment we were stunned. Then we pulled ourselves together and called to some soldiers near by to rescue the owner of the leg.”

The armies moved into new positions starting on May 13, but torrential rain starting on the fifteenth had stopped the fighting for three days. In that pause, Grant looked over the tally of thirty-three thousand men killed, injured, or missing from the Union side. He expressed regret to Major General George C. Meade, head of the Army of the Potomac, who stood with him. Meade remarked, “Well, General, we can’t do these little tricks without losses.”

Newspapers in New York braced for reports of these clashes. Under the printing room’s oil lamp, the copyholder skimmed the lines of the Associated Press piece the delivery boy had just brought in. It was a nine-paragraph proclamation from President Abraham Lincoln, countersigned by Secretary of State William H. Seward. Just a week earlier, on May 10, the president had pushed an optimistic “Call to Thanksgiving” to the newspapers, asking everyone to thank God for the victories, bloody as they were, leading up to the Battle of the Wilderness.

But now, in passionate, foreboding prose, Lincoln said the nation needed to “meekly implore forgiveness.” He reported that the recent battles at Spotsylvania had gone worse than expected. “In view . . . of the situation in Virginia, the disaster at Red River, the delay at Charleston and the general state of the country,” Lincoln confessed he possessed a heavy heart and requested a solemn day of fasting, humiliation, and prayer.

The previous year, he had also called for “prayer and humiliation,” at the urging of Congress. That proclamation, too, had been countersigned by the secretary of state. Lincoln then begged the people “to confess their sins and transgressions in humble sorrow.”

In this new proclamation, Lincoln tied his plea more closely to the recent events. While expressing faith in Grant and the damage he had caused the Rebel forces, Lincoln lamented the nation’s role as the “monumental sufferer of the 19th century.” But most terrifyingly, a desperate President Lincoln called for 400,000 more Union men, ages eighteen to forty-five, to sign up for the army immediately and report to the front. If he did not get his full quota, the compulsory draft would commence after June 15.

Every New Yorker was sure to tremble at a renewal of the draft, given that Lincoln’s first draft, less than a year before, had turned New York’s streets into blood-soaked, charred avenues of terror when the citizenry rebelled. Lincoln had been forced to temporarily suspend the conscription. In March, just two months earlier, Lincoln had put out a call for 500,000 men, as young as twenty years old, then found his demand reduced dramatically when various states argued that their previous volunteers counted against the quotas. Now Lincoln would require even more bodies, including those of men as young as eighteen.

The foreman faced a costly decision. His editors were gone. Only four men labored over the churning presses. The Journal of Commerce offices lay so far from the other newspapers that the foreman dared not spare a man to run all those blocks back to Printing House Square to check what the other newspapers made of this proclamation and return before the paper needed to be printed. Was the story so important that the presses should grind to a halt? Should he remove a story to make space for the president’s horrific call?

His options were limited. He could decide to hold the report until the editors arrived mid-morning. But by doing so, the Journal of Commerce might miss the enormous and dire story of the state of the Union cause and end up humiliated. His newspaper prided itself on its immediacy. It had been one of the first newspapers in pre-telegraph years to buy a schooner to snag the news arriving from Europe before the competition’s rowboats could reach the ships finishing their transatlantic journeys. The foreman also risked the ire of his boss, William C. Prime, if the Journal of Commerce lagged behind all the other papers. On the other hand, many editors insisted that absolutely nothing should be accepted in the columns without one of the editors present.

In the end, the foreman decided the paper could not afford to be scooped. He quickly put his assistants to work. He ripped the proclamation into strips, each of the men taking a section to set into type. They hurried so quickly that no one stopped to read the final version in its entirety before the ink slicked the letters and the paper rolled through the muscle of the press. By morning, the daily edition would hit New York streets, and the newsboys would scream the headlines about the need for hundreds of thousands of more bodies. Other copies would be sped by trains to cities across the United States and journey farther still by boat to the trading floors of Europe. International bankers would then read the level of desperation of this news, helping them decide if the United States should be, once and for all, considered two nations.

ELIZABETH MITCHELL has authored nonfiction books, covering politics, sports and history, including her most recent acclaimed saga, Lincoln's Lie: A True Civil War Caper Through Fake News, Wall Street, and the White House. Her novella-length work, The Fearless Mrs. Goodwin, was a nonfiction bestseller. Formerly the executive editor of George, the nation's largest political magazine, she has worked as an investigative reporter and features writer. She makes her home in Brooklyn, New York. 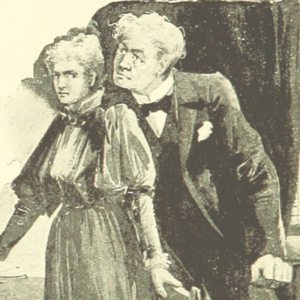 The Victorian writer Catherine Louisa Pirkis is not so well-known today, but her legacy is remarkable. Pirkis, née Lyne,...
© LitHub
Back to top