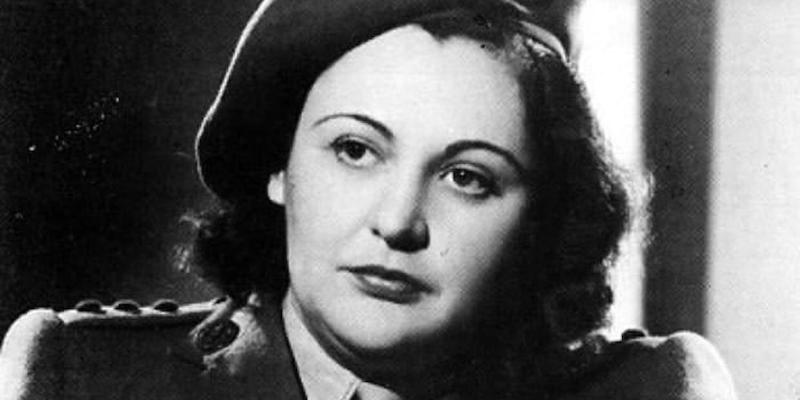 Her code name was The White Mouse, and she once killed a German soldier with her bare hands.

During World War II, Britain recruited women into its military intelligence service for the first time. The new novel Liberation is the thrilling story of its most decorated heroine, Nancy Wake.

From wayward Australian runaway to sophisticated French socialite, Nancy Wake lived enough for ten average lifetimes—and that’s all before World War II even began. Working as a reporter for Hearst, she chronicled the ugly rise of Hitler and swore that she’d do everything in her power to fight him. When the Nazis goose-stepped in Paris in 1940, Nancy used her husband Henri’s fortune to help finance a Resistance network in Southern France. Hard-drinking, whip-smart, and brazen, she was a natural spy, operating mostly as a courier and smuggler, charming her way through German checkpoints with six-inch stilettos on her feet—and a stiletto blade hidden in her purse. She was so successful that she earned a nickname from the Germans, The White Mouse, along with the dubious distinction of a hefty price on her head. Alas, her cover was blown in 1943 and she had to flee Marseille, but her beloved Henri was arrested and tortured by the Gestapo.

WELCOME TO THE SOE

Plagued by guilt over her husband, Nancy undertook a harrowing journey across the Pyrenees and into Spain, eventually escaping on a ship to England. While most wealthy women waited out the war in the countryside, she was hell-bent on getting back to France to battle the Nazis and rescue Henri. Despite her obvious qualifications, however, General de Gaulle’s Free French flat out refused to put a woman in combat. But there was one innovative organization willing to recruit women: The British Special Operations Executive, a branch of military intelligence ordered by Churchill to “set Europe ablaze.” The SOE reasoned that the Nazis were blinded by base misogyny and therefore less likely to suspect women of being spies. At least, that was the hope. But Nancy’s commanding officer, Colonel Buckmaster, warned her that it would still be extremely dangerous, nearly every SOE agent they sent into Europe was captured or killed. True to form, Nancy didn’t give a damn, she was going to defeat the Nazis or die trying.

BACK INTO THE FRAY

Months of grueling training later, Nancy was dropped into France on April 30, 1944. Her radio operator was the witty, wild Denis Rake, a former circus performer and open homosexual. Naturally, he and Nancy became instant best friends. Their mission was to supply, organize, and train the Maquis, a loose band of French paramilitary fighters hiding out in the mountainous Auvergne region. Unfortunately, the first Maquis leader Nancy met, Gaspard, despised the British almost as much as the Germans and resented working under a woman. One night, Nancy discovered that he was plotting to kill her, so she was forced to flee higher into the mountains. Her second encounter with the Maquis was far more profitable, linking up with a Frenchman named Fournier and his ragtag cadre, who welcomed Nancy’s help, especially in the form of air-dropped food and weapons.

Winning the trust and support of the Maquis wasn’t easy, but Nancy demonstrated her fearless leadership time and time again. They trained and drilled relentlessly, blew up bridges, sabotaged trains, smuggled weapons and prisoners, and gathered vital intelligence. Never one to let others have all the fun, Nancy fought right alongside her men, taking all of the same mortal risks they did; indeed, in the heat of a brutal battle, she had to kill a German soldier—with her bare hands. This earned her awe and respect, so much so that her men all pitched in and created a private quarters for her by retrofitting a broken down bus, complete with silk curtains and a comfy bed.

Nancy’s operations helped lay the groundwork for the D-Day invasion on June 6, 1944, which turned the tide of the war. With the Germans in retreat, Nancy was tasked with slowing their escape and preventing them from getting back to their homeland, lest they dig in and prolong the fighting indefinitely. Her tactics only got more brazen, even going so far as to raid a Gestapo headquarters in broad daylight. But the Gestapo were also searching for Nancy, a deadly game of cat and mouse, using paid informants to infiltrate the Maquis. Soon, they discovered the location of Nancy’s camp in the mountains and carpet-bombed it, killing dozens of her men and destroying Denis’ precious radio.

THE BIKE RIDE FROM HELL

With no way to contact the SOE, Nancy had to get another radio pronto. Many of her loyal men volunteered for the mission, but she knew that being a woman was the best disguise. Dressing as a humble housewife, she mounted a rickety bicycle and pedaled 20 kilometers to the nearest town with an SOE contact. But when she got there, she saw that the Germans had already locked everything down. Exhausted, Nancy had to cycle over rugged mountain trails, through treacherous occupied territory, hoping to find someone with a radio. Chased by Gestapo, flesh rubbed raw, nearly dying of exposure, she managed to slip past checkpoints, evade patrols, and haul the heavy radio back to camp. She rode over 500 kilometers in just three days.

Now back in radio contact with the SOE, Nancy was able to resupply her Maquis and attack the retreating Germans with everything she had. By the close of the war in France, her forces killed or captured thousands of enemy soldiers. For her heroic contributions, Nancy was awarded France’s highest merit, the Order of the Legion of Honor. She was also awarded the George Medal and the Defense Medal by the United Kingdom, the Companion of the Order of Australia, and the United States Medal of Freedom. Sadly, none of these great honors could ever come close to replacing the loss of her beloved Henri, who was executed by the Gestapo. Nancy Wake died in 2011, at the age of 98, and requested that her ashes be scattered to the winds of the Auvergne.

Liberation is a fictionalization inspired by Nancy’s life, so events have been changed and dramatized. If you wish to learn more about her, there are two excellent books on the subject. The White Mouse is Nancy’s autobiography, a rousing account told in her own words. You should also read Nancy Wake, expertly researched and beautifully written by bestselling author Peter Fitzsimons. 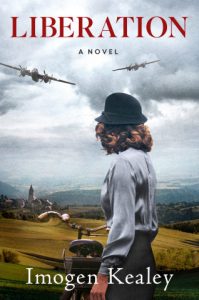 Imogen Kealey is the pseudonym of American screenwriter Darby Kealey and British novelist Imogen Robertson, who bonded over their desire to tell Wake’s story. Liberation, their first novel as Imogen Kealey, is currently in development as a major motion picture. 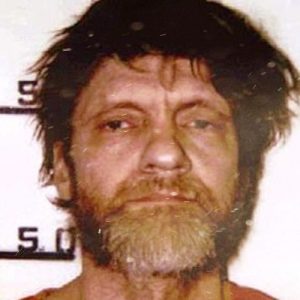 As the daughter of an FBI agent and a third-generation federal prosecutor, I wanted to know how the FBI had handled this...
© LitHub
Back to top