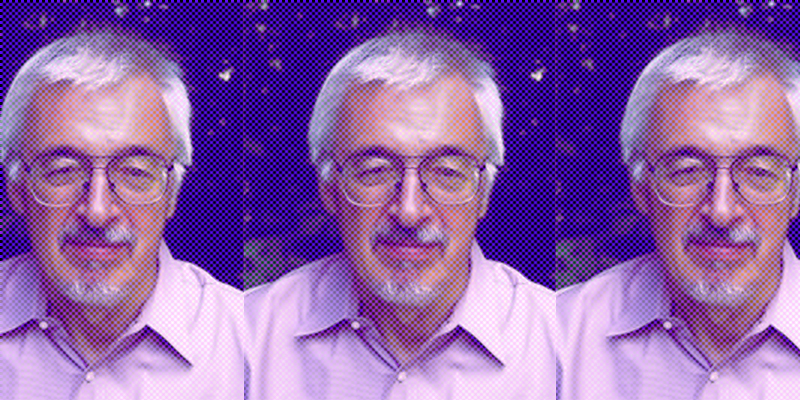 Dick Lipez (1938-2022), writing under the pen name of Richard Stevenson, wanted to "present a gay man as contented and not tortured."

Dick Lipez—who published as Richard Stevenson, his first and middle names—spent the last days of his life listening to Ella Fitzgerald, receiving family and friends at the Berkshire home he shared with his husband of 32 years, the artist, Joe Wheaton, responding to emails and phone calls from more distant friends, and kicking around ideas for a new book. He died on March 16, age 83, from pancreatic cancer. He was my friend of many years and fellow gay mystery writer. I’m publishing one of his last books, Knock Off the Hat at the end of April through Amble Press.

Dick’s first mystery, Death Trick, published in 1981 introduced the world to Donald Strachey, a gay PI based in Albany, New York. Fifteen books in the series would follow and a final one, Chasing Rembrandt, will be published by ReQueered Tales along with all the previous books. In 1981, Joseph Hansen had cornered the market on the gay mystery with his Dave Brandstetter series, which had begun a decade earlier. Hansen is a beautiful writer and his series was revolutionary. In classical noir, the homosexual—think Joel Cairo in The Maltese Falcon or A.C. Geiger in The Big Sleep—was a marginal character and the subject of ridicule and contempt. Hansen’s Brandstetter, a gay death claims investigator, took center stage to tell his story in his own voice. He was competent, dignified, compassionate and conventionally masculine. Dick claimed he created Strachey because he wanted to present a gay man as contented and not tortured, like Brandstetter. Dick was wrong about Brandstetter being a tortured figure, but it’s true that he’s pretty stodgy.

Don Strachey, on the other hand, abetted by his long-time lover, Timothy Callahan, is fun! Dick’s son, Zachary wrote in Dick’s obituary that he reread Raymond Chandler before beginning every Strachey book, but Don and Timmy owe more to Nick and Nora Charles than they do to Philip Marlowe. The bon mots fly between them in Dick’s inimitable dialogue. Here, in Strachey’s Folly, Don is trying to calm down Timmy who has been driven conspiracy crazy by murky doings on their visit to Washington D.C. culminating in the attempted murder of Timmy’s old Peace Corps friend.

“Boy, you are freaked out.”

“No, what you have to offer sounds sufficient, Don. Why? What else did you have in mind?”

“I don’t know. Pharmacological assistance, perhaps, of a legal or illegal variety.”

As the priest wisecrack shows, Dick could be hard on the hypocrites, the self-righteous and, in general, people who take themselves too seriously. He was an old-fashioned do-gooder (I mean that as a compliment), a Peace Corps volunteer in Ethiopia, later a Peace Corps trainer and, before he turned to writing, executive director of an anti-poverty program. People mattered to him. He would have agreed with Kant (though kidded me for quoting him): “Always treat people as an end in themselves, never as a means to end.” To have Dick as a friend was to have a friend for life; decades after leaving Ethiopia, for example, he stayed in touch with some of his students and met their children and grandchildren.

He transferred many of his virtues to Don Strachey. The Strachey novels belong broadly to the hard-boiled tradition of crime fiction, where a private investigator living on the margins of respectable society is drawn into a murder investigation where he (traditionally always a he) encounters and exposes the corrupt underbelly of said respectable society. The traditional PI is a damaged, solitary man filled with regrets over some past trauma or lost love and often soaked in alcohol.

Strachey fits some of these parameters—respectable people do tend to look down on him and the murders in the books often cloak other sins and hypocrisies. But he departs from the traditional noir PI in that he is emotionally well-adjusted, relatively sober, has a loving companion and foil in Timmy Callahan and is part of a vibrant community, Albany’s gay community.

This is another important aspect of the series. Strachey’s home base is a medium-sized, largely working-class city, not one of the great urban centers. While those urban centers may have been the first sites of post-Stonewall activism, that activism would not have become a mass movement had it not been for the emergence of gay and lesbian communities in smaller cities and towns. The Don Stracheys and Timmy Callahans of the world were essential to the sea-change in society’s attitudes toward queer people. In the years following Stonewall it was the existence of gay and lesbian communities in “backwaters” like Albany that forced straight people to weigh stereotypes of theoretical homosexuals (perverts lurking at the edges of school yards) against the reality of the actual homosexuals (neighbors, coworkers, brothers, sisters, sons, daughters.) Over time, this led enough of them to question and even abandon those stereotypes perhaps more than all the marches and demonstrations.

Strachey’s life in Albany is probably a more accurate representation of the way most gay men lived (and live) than gay novels set in the big cities. While some of the gay guys he encounters are white collar professionals, many are blue collar. These men live ordinary working-class lives in little apartments and go bar hopping on weekends with their pals at the town’s three or four gay bars where they drink cheap beer and dance and flirt and chat. They come together casually, split up just as casually and remain friends because the community is too small to hold grudges. The series projects an uncomplicated sexiness and a winning campiness – one character in Death Trick describes how he discovered he was gay: “I was walking through a park and an older man pulled up beside me, leaned out his car window and whispered a Bette Davis joke in my ear . . . and all of a sudden, I knew.”

This isn’t to say that the books are fluff or that Dick was a light-weight, They aren’t and he wasn’t. Dick was a writer with a mission. In his introduction to a later edition of Death Trick, he said the book was fueled in part by his “anti-homophobic rage.” His anger at the abuse of gay people was reflected in other books in the series, in 1995’s Shock to the System where he took on conversion therapy and 2003’s Tongue Tied where a crude, homophobic radio shock jock gets his comeuppance (quite literally) in the end. Nor was his sense of outrage at injustice confined only to LGBTQ people—how many other mystery writers would have built a plot around the passage of NAFTA as he did in 1998’s Strachey’s Folly or the destruction of a venerable local newspaper by a media conglomerate as he did in 1996’s Chain of Fools?

Dick and I first met in the 80s through Sasha Alyson whose small gay press published my first two Henry Rios books and brought out the paperback edition of Death Trick. Dick was a very tall, droll, shambling man who clearly cared nothing for his sartorial or tonsorial appearance. Over the next thirty-something years we’d correspond via letters and then by email and meet up when I was on the East Coast. Dick and Joe were globetrotters with a decided preference for adventures off the beaten path. California was far too tame for people who’d once been stranded at the airport at Djibouti but they did visit me in Palm Springs a couple of years back where, memorably, I introduced Dick to Katherine V. Forrest, another literary icon of the LGBTQ community.

About three years ago, he told me he was beginning a new series set in Philadelphia just after World War II. He eventually finished what was to be the first book of the series, Knock Off the Hat, but, criminally, couldn’t find a publisher. In March 2020, I began managing editor of Amble Press, an imprint of Bywater Books, a well-respected lesbian press whose owners had decided to expand their publishing project. I asked him to send me the book, read it, loved it, and offered to publish it.

Knock Off the Hat introduces another PI, Clifford Waterman, ex-cop, dishonorably discharged from the army, where he was an MP, after being discovered, as he explains “enjoying the company of a nice man named Idriss, who normally cleaned the latrines. On this particular occasion, this pleasant chappie was cleaning my latrine, and that didn’t go over well with my commanding officer when he heard about it.” Far from being shamed, Waterman frames and hangs his dishonorable discharge in his office.

Waterman is hired to help a young man caught in a bar raid who can’t afford the $500 a corrupt judge is demanding to make the morals charge go away. It turns out that bar raid is the opening salvo in a brutal police crackdown on the gay community that leaves more than one corpse floating in the Delaware River. Waterman’s investigation reveals the attack on gay men is but a cog in the massive machinery of civic corruption. Hat is darker than the Strachey novels and Waterman is definitely more Marlowesque. Dick was immensely proud of the book and I’m proud to be able to publish it. I only wish it had been the first of many, just as I wish my friend was still here.

Rarely I suppose is it said of an octogenarian but I’ll say it about Dick, for myself and everyone else who loved him: he died too soon. I am so sad. 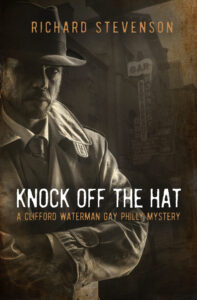 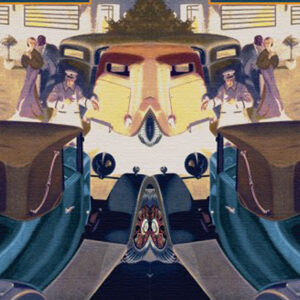 The appearance of E.C.R. Lorac’s Two-Way Murder as a British Library Crime Classic represents a landmark in vintage detective...
© LitHub
Back to top