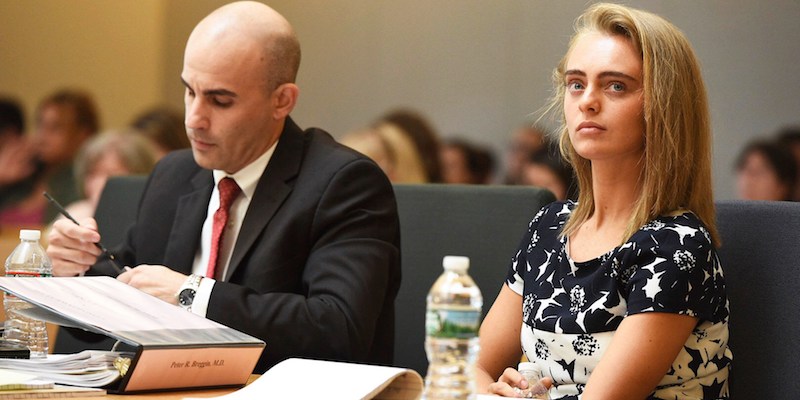 A new documentary about Michelle Carter demonstrates a still-limited vocabulary when it comes to talking about female criminals and mental health.

Michelle Carter is a blonde-haired, blue-eyed girl with a keen grasp of fashion. Michelle Carter is also a convicted criminal. The combination of the two makes her an easy target for trashy reportage, as well as an easy-to-watch central figure in HBO’s two-part documentary, “I Love You, Now Die.”

On 13 July, 2014, Carter’s boyfriend, eighteen-year-old Conrad Roy III, committed suicide via carbon monoxide poisoning in a K-Mart parking lot in Fairhaven, Massachusetts. After police found a series of text messages between the two that they deemed “disturbing in nature,” the prosecution argued that Carter, who was forty miles away from Roy at the time of his death, coaxed him into suicide via text message.

Carter, who was seventeen at the time, was convicted nearly three years later, at twenty, for “involuntary manslaughter.”

Phone records showed Carter and Roy spoke on the phone twice that evening, for roughly forty-five minutes each. Carter later texted a friend, saying, “His death is my fault,” adding, “[he] got out of the car because [it] was working and he got scared and I fucken told him to get back in.”

It’s tempting to debate the point on which the case itself pivots, which is, of course: “Can you kill someone via text message?” In choosing to focus on this very question, the documentary forgets itself in a sense: it delves so deeply into Michelle Carter’s motives that the narrative moves from fact to sheer conjecture (so does the case itself.) But at the end of the day, what is left is a sexist portrayal of a teenage girl who doesn’t seem to understand her own motives, much less whether or not she (or anyone else) is capable of killing someone via text.

The documentary, directed by Erin Lee Carr, paints a vivid picture of the teenagers’ love story, using their text exchanges as props to drive the narrative forward with surprising effectiveness. “I love you” gives way to talk of suicide with an eerie calmness:

Conrad: I love you so much

Michelle: I love you forever

Michelle: I think it’s time to do it now then

Michelle: It’s okay to be scared and it’s normal

Yet, beyond these texts, what seems missing from the documentary is Michelle Carter herself; despite being the central character in the court-case, she is a two-dimensional character on-screen—everything we learn about Carter, we learn through other people.

Scott Gordon and Glenn Cudmore, Fairhaven police detectives interviewed for the documentary, taint our view of Carter even before we are given a proper overview on the case, when Cudmore tells us, “No one knew about what had actually occurred.” Later, after reading close to a thousand text messages with Gordon, he adds, “We came back the next morning and I still remember that we looked at each other and I don’t know if I said it first or he said it first but it was—‘if it wasn’t for her, he’s alive today.’” (implying, of course, that Carter is responsible for Roy’s death).

The documentary amplifies our perception of Carter’s responsibility by focusing on the District Attorney’s portrayal of Carter as a mean girl who would literally kill for attention. As the state calls on Carter’s high school friends, each of whom corroborate the idea that Carter’s golden girl persona, which won her a “most likely to brighten your day” title, was a sham. All of this was exacerbated by the fact Carter herself did appear to use Roy’s death as an attention-gaining tactic.

Between footage from the trial, and interviews with police and reporters, we are immersed in the Roys’ side of the story—his parents, grandfather, aunt, and sister all have positive things to say about him, while constantly questioning Carter’s persona and actions.

A handful of journalists volunteered strong opinions on camera, including Jesse Barron, who reported on the case for Esquire. “She had this desire for things to be more intense, more like stories than they really were,” Barron says at one point. He even goes as far as to quote text messages in which Carter uses words to describe Roy’s death that are identical to Lea Michelle’s words when describing Cory Monteith’s death (on both Glee and in real life). It was all, Barron points out, just a part of the delusion Carter had painted for herself: She was Lea Michelle grieving her own Cory Monteith. Carter even watched “The Fault in Our Stars” five days before Roy’s death. “[The] question is, whether or not [Carter] was writing some kind of story in her head,” says Barron, “that for some reason had to end with him dying.” He adds: “Or whether she literally has no idea what she’s done,” referring to Roy’s death.

It seems the latter resonates with everyone, including Roy’s mother, Lynn: “She didn’t live in reality…she lived in some kind of fantasy.”

“[That’s] her kind of tragic failing,” Barron concludes. “She who wanted so badly to have a best friend, or someone she could have this intense affair with, [had the opportunity to be] his friend and say ‘You are being fucking crazy, and I am calling the police,’ and she didn’t do it.”

He looks away from the camera and nods to himself—regret. In Barron’s mind, if it weren’t for Carter’s constant disillusionment with the real world in favor of valorizing glamorous fictions, Roy would be alive.

But the reality of the situation isn’t that simple. No one, especially not a male journalist with a speculative gaze, can know what’s going on in a teenage girl’s mind—least of all, a girl like Michelle Carter.

No one, especially not a male journalist with a speculative gaze, can know what’s going on in a teenage girl’s mind—least of all, a girl like Michelle Carter.

There is no denying that Michelle Carter’s actions are questionable. Her lingering persistence on the subject of suicide is disgusting, and her delusions are at least part of the problem. But we don’t know the full extent of anything presented in the documentary because the Carters declined to participate in the filming of the series. Moreover, Carter’s lawyer is barely a mouthpiece in this whole spiel, while the defense psychiatrist’s analysis of “involuntary intoxication” (owing to her psychiatric medications) raises several questions from both independent psychiatrists and the prosecution.

The narrative gives Carter far too much power, framing her as a girl who can send her boyfriend to his death with a text message (or via a phone call, the subject of which is speculated at best). As viewers, we don’t know what was said in the last phone call between the two, where she allegedly pushes him over the edge, to kill himself; it just doesn’t seem like a fair (cinematic) trial.

Where Barron is right—Roy needed help and Carter didn’t call for it—we seem to be missing the fact that she, herself is unstable (and also a teenager). She is also a victim in this toxic relationship, albeit the lesser one of the two.

As controversial as it sounds, Carter deserved more from the documentary, given how it skims past the main point so brazenly: Carter and Roy talked about suicide like it was their inside joke. Mental health should have been the focal point of both the trial and the documentary, yet it takes a backseat to a noncritical embrace of Carter’s portrayal in the media and, subsequently, to (literal) pedestrian impressions of her.

One of these impressions, in particular, stands out: “I’ve never met the girl but I’ve seen pictures of her. She just has that look that I remember. I see that look and it’s like, ‘You little snot, how could you do that to a human being, you 90210 piece of crap?” The interviewee continues, “If I was on the jury, I’d say yeah, go ahead, your parents aren’t going to miss you if you’re in Framingham [a detention facility] for the next thirty years. See you later, bye! I swear to God. To me, this is evil. And where does evil come from? I don’t know.”

The “evil” clearly stems from mental health struggles—the “I don’t know” is what we should be exploring.

Mental health is, ironically, what Erin Lee Carr set out to highlight in this documentary. In an interview with TIME, she said, “I wanted to create an empathic portrait of two individuals who were struggling with mental health. It would have been easy to make a film that completely vilified Michelle Carter.” While it is arguable as to whether Carter is vilified “completely” or not, one thing is certain: the role her mental health played in the series of events isn’t explored nearly enough.

Perhaps it’s time for true crime to be more objective about their portrayals of “criminal” women. It’s not the first time we’ve seen leading portrayals of female criminals who’ve “coerced” their male interests—think of Gypsy Rose, and Amanda Knox, and Marjorie Diehl-Armstrong. Guilty or not, to whatever extent, these women all have one thing in common: They’re at fault more so than their male counterparts.

Akanksha Singh is a culture journalist from India. When she's not spiralling down a true crime internet vortex, she enjoys jazz, gin, and typing away in her studio apartment, accompanied solely by her cat. Follow her on Twitter at @akankshamsingh 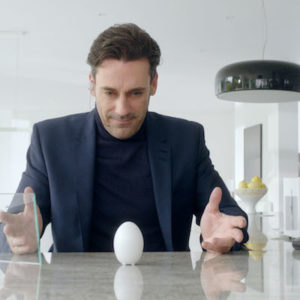 Imagine that it’s nighttime. Your kids have gone to bed, the house is quiet, and after a long day of work, it’s time...
© LitHub
Back to top