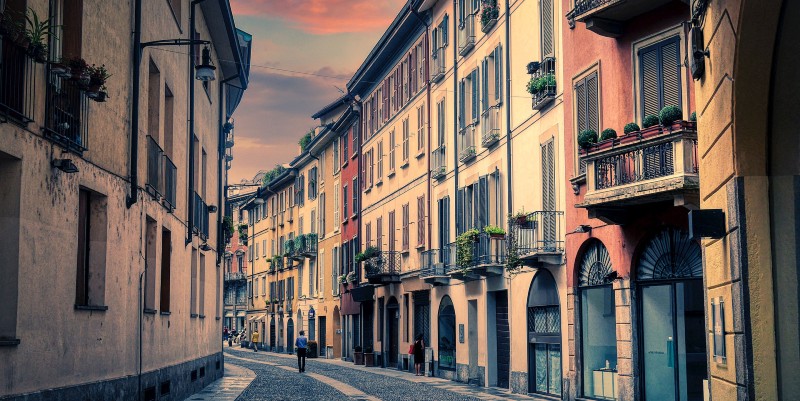 Milan is Italy's capital of industry and fashion. It also has a long tradition of crime novels that explore the city's underbelly.

Milan, capital of Northern Italy’s Lombardy region. Noted for its fashion, style, and industriousness the city is Italy’s second largest, after Rome, and has often displayed a tendency to separatism, embodying the spirit and culture of the northern part of the country as opposed to the more rural and perhaps slower south.

Milan has long attracted crime writers. The great 1930s exponent of the pre-war spy novel and the suspense thriller Eric Ambler visited in Cause for Alarm (1938). Ambler’s fish-out-of-water protagonist Englishman Nicholas Marlow is sent to Milan to work at the Spartacus Machine Tool Company. A nice assignment abroad for a while with good food and wine? Sadly no, this is the late 1930’s in fascist Italy and a world war is looming. Britain and Italy will stand on different sides. A great thriller by a master writer, redolent of its fractious times, and with lots of Milanese detail.

At the same time Ambler, safe in England, decided to locate a novel in fascist Milan the local author Augusto De Angelis was creating a series of procedural crime novels set in Milan and featuring Detective Commissioner De Vincenzi. De Angelis’s cop is a literate and clever hero who attempts to get inside the criminal’s mind. Over the years the De Vincenzi novels have been translated by various English language publishers. Kazabo Publishing put out Death in a Bookstore (2019) set in a shop on Milan’s famous Via Corridoni where an Italian Senator has been murdered. Milan is also effectively a character in the book. De Angelis describes in great detail streets and parks, restaurants and cafés, apartment buildings, most of which are still perfectly. Many of the De Vincenzi novels are effectively travel guides to 1930s Milan.

Lately Pushkin Vertigo, publisher of many rather lost-in-English European crime writers, has been putting out new Augusto De Angelis translations. The Murdered Banker (2016) is an early De Vincenzi novel while The Hotel of the Three Roses (2016) takes us into Milan’s back streets and lodging houses that are home to a variety of drunks and degenerates. Finally, The Mystery of the Three Orchids (2016) takes us into a world that Milan is best internationally known for—high fashion. De Vincenzi has been described as “the first authentic Italian detective,” often psychological, and invariably producing highly cryptic murder mysteries. Sadly De Angelis himself fell foul of Mussolini’s fascist state. His books were banned, (‘unpatriotic portrayals of the state’), and he was imprisoned in 1941 as an Anti-Fascist. He was eventually freed and moved to Bellagio on the Lombardian coast where he was viciously beaten to death by fascist Black Shirts.

If De Angelis created the Italian detective procedural then Giorgio Scerbanenco, writing after World War Two has been credited, in the sixties, with producing Italy’s first local noir writing. Scerbanenco was born in the Ukraine but came to Italy as a young boy as part of the great Russian emigration from Bolshevism. His family moved to first Rome, and then settled in Milan, a city he came to love. Inspired by the detective novels of Edgar Wallace Scerbanenco, determined to make a profitable career as a full-time writer, opted to write detective novels too. He created a memorable character in Duca Lamberti, a physician struck off the register for having performed euthanasia and deciding to become a detective.

The Duca Lamberti series starts with A Private Venus (1966). Lamberti is newly released from prison and back in Milan. He manages to land a job guarding the alcoholic son of a plastics millionaire. Soon we are plunged beneath the veneer of the luxury parties and Milan’s high fashion stylishness to the dirty urban underbelly. Scerbanenco found instant bestseller sales and so quickly wrote Traitors To All (1966), which brings back Lamberti to the streets of Milan. A Fiat crashes into a canal on the outskirts of the city, a remote spot that seems to hide many secrets related to Italy’s fascist past. Milan’s swinging sixties affluence butts up against its embarrassing fascist past. One other Lamberti novel has been translated—Betrayal (1969)—where an old prison buddy of Lamberti’s is found dead in one of the Navigli, the series of interconnected canals that ring Milan. Investigating Lamberti finds himself enmeshed in the dangerous world of the Milanese arms and drugs trafficking businesses, all apparently working out of an ordinary trattoria.

Giorgio Scerbanenco, who died in 1969, was prolific. He wrote dozens of novels (though sadly few have been translated into English) as well as anonymously penning an Agony Aunt column in a local newspaper for years. He was regarded as very ‘Milanocentric’, invariably writing about the city and Lombardy, having an appreciation for what he saw as the northern Italian traditions of hard work and industriousness while feeling uneasy at the rampant consumerism of the 1960s.

Carlo Emilio Gadda was really a Milanese intellectual—a writer, poet, and linguistics expert fascinated by the evolving Italian language before and after World War Two from its more formal pre-war form. He is often compared to overtly literary authors including Robert Musil, Italo Calvino, and Primo Levy. However, Gadda’s cerebral novel That Awful Mess on Via Merulana (1957) involved crime. In 1920s Rome two crimes are committed within a matter of days: a burglary, and a murder. The melancholy Detective Ciccio discovers that almost everyone in the apartment building is somehow involved in the case. There is much wordplay and, though set in the capital, it has been described as having an obvious Milanese sensibility. Without spoilers that might give away the rather unorthodox end of the book, it has been termed an ‘anti-detective novel’.

Lack of translations frustrates us with some later Milan-based writers. Laura Grimaldi’s stories are all set in Milan and sell fantastically, but are not yet translated; Andrea Pickett is a much admired hard boiled Milanese writer similarly not yet available in English. But we can find some other Milan-set crime yarns…..

Vito Racanelli’s The Man in Milan (2020) sees NYPD detectives Paul Rossi and Hamilton P. Turner in Italy investigating the death back on their turf of an Italian air force pilot.

Marco Malvaldi’s The Measure of a Man (2019) is set in October 1493, the height of the Renaissance and a time of great success for Milan. In town is the artist Leonardo da Vinci tasked with a secret mission that concerns Leonardo himself, and his most daring designs.

And finally, The Second Life of Inspector Canessa (2020). An interesting character Annibale Canessa—a notorious cop and domestic terrorist hunter during the so-called Italian ‘Years of Lead’ that lasted from the late 1960s until the late 1980s with violent waves of both domestic far-left and far-right terrorism—kidnappings, assassinations, heists. Now Canessa’s back in his hometown of Milan investigating the city’s labyrinthine networks of corruption. Tough stuff and brilliantly written by Roberto Perrone, an Italian journalist, born in Rapallo and who now lives in Milan. The novel also happens to be the second selection from the newly launched Walter Presents library (part of the aforementioned Pushkin Press), whereby the eponymous Walter of the TV channel that airs so much great international crime TV chooses books.

Walk the streets of central Milan and it feels all luxury goods, style and fine living. But from De Angelis to Scerbanenco, Gadda to Perrone we can see that all that glitters is not always golden. 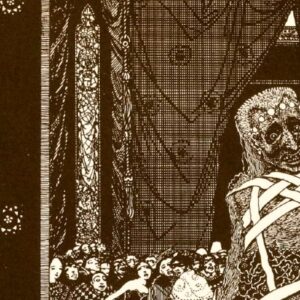 The germination of a story can be hard to pinpoint, even more so if the seed was planted over 30 years ago, as I suspect...
© LitHub
Back to top