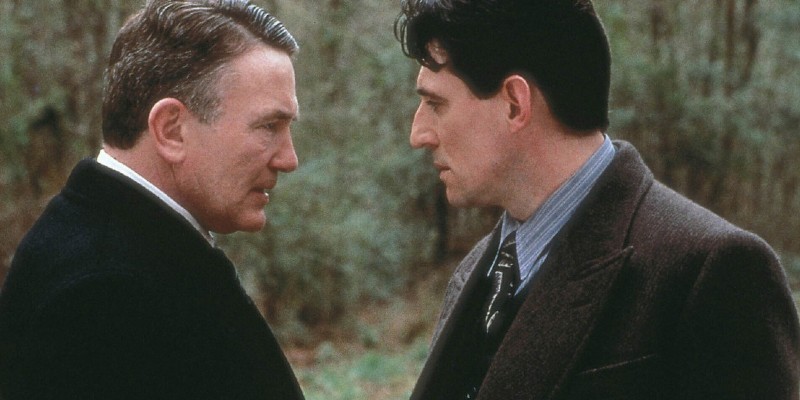 'Miller's Crossing' has always been a Coen outlier. It's easier to see why, and to appreciate its genius, three decades later.

There’s a lot that marks “Miller’s Crossing,” which turns 30 this week, as a film by Joel and Ethan Coen. Frequent collaborators like Jon Polito, John Turturro and Steve Buscemi are in it (not to mention a cameo from their friend and contemporary Sam Raimi, as “Snickering Gunman”). The characters repeat phrases verbatim, never changing the cadence. At one point, a fat guy starts screaming, seemingly at random.

In other ways, however, it’s a movie that feels deeply anomalous from the rest of the brothers’ filmography. Despite its Coen-esque qualities, it’s also one of the most lyrical, wistful and, it must be said, gay movies they’ve ever made. The result is something that feels different from both their other films and the early-90s gangster-movie boom it was released during (“Goodfellas,” “The Godfather Part III,” “State of Grace,” “King of New York,” ”Bugsy”, et cetera).

Much of that is due to its central performance and character, Gabriel Byrne as pensive Irish Mob consigliere Tom Regan. Like a lot of other actors who have only worked with the Coens once (Nicolas Cage in “Raising Arizona,” Javier Bardem in “No Country for Old Men,” Jennifer Jason Leigh in “The Hudsucker Proxy”), Byrne gives one of the best performances of his career.

Unlike them, however, his performance is one of the least Coens-esque in the movie, economical with words and free with pensive stares. Byrne has an air of surveying his surroundings in every room he enters; it’s the kind of performance you’d expect to see in an old school noir from a Bogart or an Alan Ladd.

The character, too, is distinct from most Coens protagonists. When they’re not feckless schemers, Coens protagonists tend to be people caught up in something confusing and larger than themselves, trying, with various levels of success, to make sense of it, from Barton Fink to Marge Gunderson in “Fargo” to The Dude in “The Big Lebowski” to Larry Gopnik in “A Serious Man.”

Tom, in contrast, is the only character who sees all the angles from the beginning, successfully playing Yojimbo-style speed-chess with various warring factions to come out on top. “Straight as a corkscrew, Mr. Inside-Out-ski, like some goddamn Bolshevik,” the brutal enforcer Eddie Dane describes him at one point, sounding almost impressed.

A lot of gangster movies would make a character as quiet and guarded as Tom a John Wick-style physical threat, but Tom is, first and foremost, getting his ass kicked constantly. His thoughtfulness is his predominant weapon and, indeed, multiple characters grow annoyed when they realize he only tells them he’ll “think about it” when he has no intention of doing something.

“Miller’s Crossing” also features the most prominent LGBTQ characters in any Coens movie. In the opening scene, an extended homage to that of “The Godfather,” Polito’s Mafia boss Johnny Caspar asks permission to kill double-crossing bookie Bernie Bernbaum (Turturro). However, it quickly becomes clear that for Dane, who looms off to the side throughout the scene, the matter is personal, and it’s later confirmed that Bernie is the “other man” in Dane’s relationship with his lover Mink (Buscemi).

The movie has been criticized for its depictions of gay characters, who seem straight out of one of the 30s and 40s noirs it pays homage to; Bernie and Mink are both conniving, Hays-Code-compliant “sissies” like Joel Cairo in “The Maltese Falcon,” while Eddie Dane is a terrifying, ultra-masculine misogynist. “Go ahead and run, sweetie,” he growls after Marcia Gay Harden’s Verna. “I’ll track down all of you whores.”

However, this is only half the story; Tom and his boss and mentor Leo (Albert Finney) clearly have sexual tension as well, and an almost romantic rapport in all their scenes together. While his attempts to drive a wedge between Verna and Leo make sense, considering Tom is himself having an affair with Verna, the movie deliberately muddies the water on which of the two he’s jealous of, and the movie’s final scene makes very clear that Tom’s ultimate loyalty is not to Verna but to Tom.

When Tom comes clean, Leo beats him to within an inch of his life but the scene plays like a breakup. “If I never see him again, it’ll be soon enough,” Leo snarls as he has Tom thrown out of his club, putting the betrayal in remarkably emotional terms. At the end of the  movie, after Tom manipulates events so that Leo comes out on top in his war with Caspar—his plan the entire time—Leo pleads with Tom to come back to work for him, only for Tom to decline. It’s all but impossible not to read the scene as pleading with an ex to try and make it work.  Asked by Leo about the reason behind his machinations, Tom simply says “Do you always know why you do things?” Whatever Tom tells himself and Leo, though, the sheer amount of gambits and schemes Tom has successfully pulled off only truly makes sense to do on another person’s behalf as an act of love.

Going hand in hand with this aspect, there’s a sadness to the movie not often found in the Coens’ works. In an early scene, Tom sits on his bed, unable to sleep, with Verna next to him. The camera slowly pushes into his visibly conflicted face as he smokes and Carter Burwell’s gorgeous, Irish-influenced score builds. The brothers’ movies have their share of silences, but rarely do they feel so forlorn; the next time we really see anything like this in their repertoire is in “Inside Llewyn Davis” as the titular folk singer plays the Irish folk song “The Shoals of Herring” to his elderly father, or perhaps Mattie Ross musing “time just gets away from us” as she hikes away from Rooster Cogburn’s grave in “True Grit.”

The movie’s Irish-ness, too, is a rarity for the brothers. While they are of course Jewish, and the dark wryness of Jewish folk humor permeates all their films, it’s rare for any ethnicity to be a plot point with the exception of “A Serious Man.” Not so for “Miller’s Crossing,” which Byrne has said had a script that “could have been written by someone from Dublin.”

And then there’s the music, not just that beautiful score, but also one of the film’s signature scenes, wherein Leo successfully fends off an attempted assassination with a Thompson gun while his house burns down, all while his phonograph continues playing “Danny Boy” uninterrupted.

Leo, too, is a fascinating microcosm of the Irish-American experience. He is without question a gangster, but is only referred to in dialogue as a “political boss,” the very trajectory through which the Irish transitioned into political power and respectability. It’s also never quite clear if he’s an actual Irishman suppressing a brogue or an Irish-American trying to affect one—and he is, of course, played by an actor who is neither.

Another aspect of the film, meanwhile, bridges the gap between recurring Coen motifs and the film’s uncharacteristic Irish melancholia. Their movies are full of dreamlike images and random, seemingly supernatural elements, but the image of Tom’s black fedora, floating down a forest path while that lovely Burwell score plays, is in a class by itself, like a Roaring 20s version of a will-o-the-wisp a child would follow.

When Tom tells Verna about the dream he saw the image in, she guesses he chased it and found it had “turned into something wonderful.” Tom snaps that it never changed, and he didn’t chase it: “Nothing sillier than a man chasing his hat.” Tom, a product of America, has no time for the magic of the old country, but the movie seems to suggest it has some time for him.

“Miller’s Crossing” was unfortunate enough to open within a week of “Goodfellas,” and received the level of box office attention that juxtaposition implies. Since then, it’s picked up much more appreciation, but the staggering output of its writer-directors means it’s often lost in the shuffle; it’s unlikely to turn up in any top-five list of their work, unless it’s a “most underrated” ranking. But those features that make it the odd man out (and the Coens, needless to say, know their odd men) are precisely what makes it worth revisiting. Look in your heart. Look in your heart. 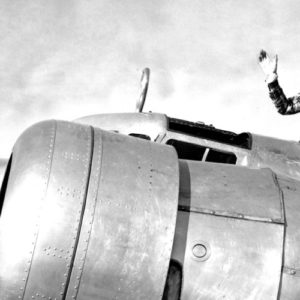 Amelia Earhart climbed into her plane on July 2, 1937 en route to Howland Island in the central Pacific Ocean. She was never...
© LitHub
Back to top