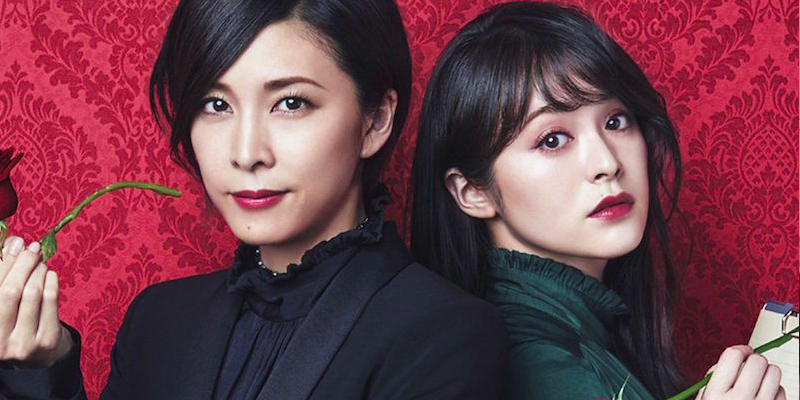 On Japan's female-led Sherlock Holmes reboot and how it understands its characters while transforming them.

Forget Benedict Cumberbatch or Robert Downey, Jr. Screen adaptions of Sherlock Holmes are legion: all the way from Sherlock Holmes Baffled, a 30-second Mutoscope short from 1900; to The Adventures of Sherlock Homes and Dr. Watson, a 1970s Soviet adaption starring Vasily Lisanov; to a Japanese-Italian co-production, Sherlock Hound, featuring a canine detective. There’s also CBS’s Elementary, set in New York City, with Jonny Lee Miller playing Sherlock Holmes and Lucy Liu as Dr. Joan Watson. The most daring addition to the pastiche line-up—of which I’ve only mentioned a few titles to give a sense of the variety and provenance of the several dozens that have been created—is Miss Sherlock from HBO Asia, now streaming on HBO in the US. Here, we have Sherlock Holmes transposed to modern-day Tokyo, and both leads are played by women. Clearly, there’s something about the figure of Sherlock, that all-in-his-head, lives-only-for-work detective, coupled with the efforts of his bumbling, well-intentioned pal Watson, that has resonated across decades and cultures and now, we see, translates across genders as well.

The brilliant Argentinian writer Jorge Luis Borges, about whose admiration for crime fiction I’ve written elsewhere, put it best in his 1978 lecture on “The Detective Story” (collected in Jorge Luis Borges, Selected Non Fictions). Borges observes that Edgar Allen Poe created in Auguste Dupin, “the first detective in the history of literature,” and the tradition of “a mystery that is solved by the intellect, by an intellectual operation.” This intellectual feat will be carried out by Dupin, a “very intelligent man,” who readers would later know as Sherlock Holmes, and later as Father Brown, and still later under names that have not yet been invented. Dupin’s story is narrated by a friend who lives with him, and Arthur Conan Doyle would also pick up on this second tradition and develop it further. Conan Doyle, Borges says, works with the theme, “an attractive theme in itself, of the friendship between two quite different people” and turns it into the heart of his stories. He notes that the same or similar dynamic is at play in novels like Rudyard Kipling’s Kim, Don Quixote, and several Argentinian novels—which is to say, across cultures and centuries.

“Conan Doyle imagines a rather dull-witted character he calls Dr. Watson, whose intelligence is somewhat inferior to the reader’s; the other character is somewhat comical and somewhat awe-inspiring: Sherlock Holmes. Conan Doyle has Watson recount the intellectual feats of his friend Sherlock Holmes, while never ceasing to marvel at them; Watson is always guided by appearances and enjoys allowing himself to be dominated by Sherlock Holmes.”

What makes Miss Sherlock a standout is not just its frictionless adaptation of the mysteries into a new time and place—Japan in the present—but rather, its seamless reimagining of Sherlock and Watson and their relationship as a relationship between two women. Setting the stories in Tokyo just plain works. Gleaming skyscrapers, modern art galleries, Tokyo’s crowded streets as well as traditional homes provide a pleasurable contrast to the foggy London of old. Thanks to numerous other adaptations, we’re familiar with a Sherlock who uses modern technology, but casting Sherlock and Watson as women—without taming their characters or softening the dynamics of their relationship as result—injects a fresh burst of energy and interest into the adventures of the Victorian crime-solving duo. While there’s no denying Cumberbatch’s polished portrayal of Holmes, or the pleasure of the high-tech chemistry between Robert Downey Jr.’s Sherlock and Jude Law’s Watson, those takes on Conan Doyle’s creation feel a bit dated in comparison to Miss Sherlock’s lady detective and her female sidekick.

From the get-go, the show flows nicely, as Miss Sherlock meets Doctor Wato Tachinaba in the first episode of the series. Dr. Wato, also cheekily known as “Wato-san” (name + honorific), is on her way back to Tokyo from volunteer service in Syria when a colleague sent to meet her at the airport is murdered. The police immediately summon Sherlock, a no-nonsense, statuesque, stiletto-wearing, consulting detective. Miss Sherlock shocks and at times offends the well-meaning Wato-san while doing what she needs to solve the case, but by the end of the initial episode, Wato-san has gone to live with Miss Sherlock at her Victorian-style lodgings at 221B.

The actresses who play the leads are physical opposites and their looks reflect their personalities. Sherlock (Yūko Takeuchi) is tall and narrow with chiseled features. She mocks you with her smile, she wears her coats long and her hair in a sharp, stylish bob—there’s something about her that’s intimidating. Wato (Shihori Kanjiya) appears more approachable, she’s shorter, pretty, with longer hair and dresses in muted colors and more conservatively. Sherlock is a misanthrope: she has no friends, she certainly doesn’t date, but Wato’s boyfriend, a war photographer, is jealous of Wato’s devotion to her eccentric roommate. When the phone rings, and it’s Sherlock on the other line, Wato drops everything and rushes to help. As cases unfold in different parts of Tokyo, Sherlock’s tactless conduct turns people off. She gets straight to the point and doesn’t hesitate to physically push others out of the way. Wato trails behind, trying to follow both the clues and Sherlock, while apologizing for the bizarre conduct of the ice-veined detective. As the season evolves we meet familiar characters: Sherlock’s brother, who works for the government; her chatty and devoted landlady; and later, the criminal mastermind, Moriarty. But the two lead characters form the bedrock of the show. They drive the narrative and the series.

Casting Sherlock and Watson as women—without taming their characters or softening the dynamics of their relationship as result—injects a fresh burst of energy and interest into the adventures of the Victorian crime-solving duo.

Gender doesn’t dictate Sherlock or Wato-san’s behavior. Wato appears to be the more “feminine” of the two because her actions stem from her mild-mannered and considerate demeanor. However, the show also features mild-mannered and considerate men, (Inspector Reimon, for instance), so those traits don’t feel specifically feminine. Meanwhile, Sherlock remains Sherlock, unrelenting and fixed on her goals, and other than one brief lapse, she doesn’t deviate. She doesn’t secretly pine to date someone, or to be liked, or wish she could loosen up, get a makeover and have friends. Early on in the series, Wato spends hours preparing a traditional Japanese breakfast to thank Sherlock for allowing her to stay. Sherlock couldn’t give a damn and rejects the entire meal: all she wants is to drink coffee. Wato is disappointed but does the sensible thing—she eats the breakfast herself. The scene encapsulates a consistent dynamic between the two—Sherlock can be unthinkingly cruel, but Wato’s response is matter of fact. For the most part, she accepts Sherlock as she is: abrupt and unaccountable, irritatingly intelligent and eccentric.

Despite a recent spate of female-cop/detective-buddy films to hit the screen that isn’t always the case. Take The Heat with Melissa McCarthy and Sandra Bullock, for instance. I’m a huge McCarthy and Bullock fan and while The Heat is liberating in its portrayal of a mismatched female duo pursuing justice, it plays on stereotypes: the Type-A woman who needs to loosen up (Bullock) and the crass loud-mouth who could dress better and needs to get in touch with her feelings (McCarthy).

Supporting characters may be alarmed by Sherlock’s behavior but they (with the exception of Inspector Reimon’s underling, Sergeant Shibata, who is jealous of his boss’s respect for the detective), like Wato, accept her with all her rough edges. No one teases Sherlock about her quirks or her appearance or makes jokes behind her back or suggests she ought to change. And unlike what often happens with smart, tough female characters, Miss Sherlock doesn’t try to justify its detective’s actions by providing her with a moving backstory or punish her by making her look either buttoned-up or frumpy or plain. (Early on, Sherlock’s landlady tells Wato that there is a reason why Sherlock calls herself Sherlock, but neither Wato nor the viewer are told what that is; that remark hints at a backstory, but by withholding it, the show compounds the sense that Sherlock’s character is sui generis.) Sherlock dresses with flair, whether it’s in a trench coat or paisley robe, and at one point, she criticizes Wato for not dressing more stylishly.

In addition to the two women propelling the stories, Miss Sherlock abounds with female characters: a jewelry designer, a scientist, a wedding planner, a psychiatrist. Women are perpetrators as well as victims, by-standers, psychopaths and informants. With the exception of Sherlock’s brother, most of the men seem to be either crooks or spoiled or hapless. The first thing that Police Inspector Reimon does when he’s called to any case is to send for Miss Sherlock, a habit that drives Sergeant Shibata crazy.

Miss Sherlock also cleverly introduces Moriarty, and Moriarty’s cat-and-mouse game with Sherlock has everything to do with Sherlock and Wato’s friendship. I don’t want to introduce any spoilers here but Moriarty’s identity took me completely by surprise and fits both the world of Miss Sherlock and our pre-existing ideas about Moriarty as a criminal mastermind perfectly. The way in which the show handles the reveal over multiple episodes and then re-interprets Moriarty and Sherlock’s “final” showdown is both emotionally satisfying and tongue-in-cheek.

Miss Sherlock isn’t too literal about its adaptation of Conan Doyle’s central characters and narratives, which is perhaps why it works so well. There is something about the mismatched friendship between two women in contemporary Japan that seems to capture the spirit of Conan Doyle’s peerless Victorian original, or perhaps it’s the light touch of the reimagining that provides a much-needed breath of fresh air. 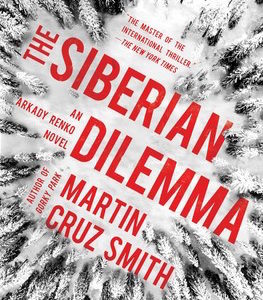 A skeleton walked in Gorky Park. Supported by rods and wires, it followed the whim of a technician manipulating a remote...
© LitHub
Back to top