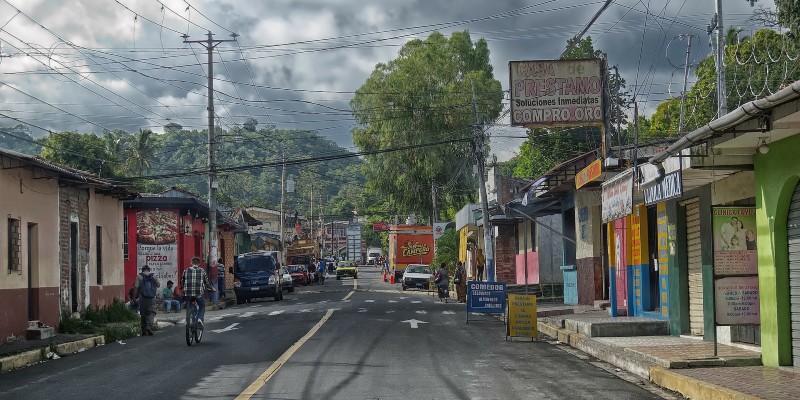 "The gang is the bastard child that no one wants to acknowledge from an affair that most choose to ignore."

People enter the US without authorization to escape violence, threats, civil war, natural catastrophes and economic peril, as well as to reunite with family. But these migration patterns are also the result of a long-established colonial relationship between the United States and Latin America. 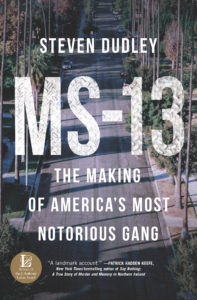 Few countries exemplify this history better than El Salvador. From cacao to coffee to cotton to textiles, the Salvadoran economy has long served foreign interests—first Spain and later the US—with devastating domestic consequences: near constant economic turmoil matched with massacres, war and gang violence. The US has had a strong hand in these events: supporting military dictatorships and unscrupulous politicians; training repressive army battalions and covering up for their atrocities; deporting gang members en masse to El Salvador and then washing its hands of the problems this creates.

Despite, or perhaps because of this dynamic, many Salvadorans revere the United States. They adorn themselves with US status symbols—tennis shoes, name-brand clothes, baseball hats. They adopt US sports. They integrate English into their everyday vernacular. They eat American food and purchase large, US-made vehicles. In 2001, the country even adopted the US dollar as its national currency. As the Salvadoran poet Roque Dalton once wrote: “The president of the United States is more president of my country than the president of my country.”

Still, at this point, the bond is unbreakable. No other country has resettled in the US at the same rate relative to its population than El Salvador. In the late 1970s and throughout the 1980s during the country’s civil war, around a quarter of El Salvador’s population moved to the United States. Over 1.4 million first-generation Salvadorans still live in the US—or about 1 in every 5 Salvadoran-born people—a population nearly as large as the Chinese immigrant community in the US.

Salvadorans have settled in Los Angeles, Houston, Washington, DC, and other major Latino urban hubs. Half of all Salvadorans in the US live in California or Texas, and Los Angeles is the second largest “Salvadoran” city in the world behind the country’s capital, San Salvador. But they’ve also moved to smaller towns like Annapolis, Maryland, and parts of Suffolk County, Long Island.

Most come for the reasons stated above, and many have become US citizens or are US residents. A good portion work menial jobs with little security or benefits—the type of jobs US citizens shun. Some set up restaurants or construction businesses, and support their children through college. Salvadoran immigrants benefit from government services—the schools, the health care system, the police and social welfare agencies—but they also pay taxes, and still send what they can back home. Nearly 17 percent of El Salvador’s GDP comes from remittances.

Many Salvadorans I have spoken to think of their country constantly, often longing to return in spite of its troubles. To them, it’s not a “shithole,” as Trump once famously described El Salvador and numerous other developing nations, it’s a postcard. This strong sense of national identity helps sustain families through adversity. There is no easy way to fix the relationship between a mother and a son who have been separated for a decade, no magic renovation when five families are piled into a two-bedroom apartment. There’s no extra money for tutors or babysitters while guardians go to their second or third job of the day.

Those that are left behind in El Salvador are sometimes saddled with worse problems. Endemic corruption and grinding poverty. Impunity and rampant violence. Broken schools and filthy hospitals. But while it is clear that a major part of their problem is the neo-colonial system the US helped to establish and maintain, many still dream of America, long for it, want to experience it themselves. The US is at once repressor and liberator.

It is from this tumultuous love-hate relationship that the MS-13 was born. The gang is the bastard child that no one wants to acknowledge from an affair that most choose to ignore. Lost in this unhealthy relationship are the children, many of whom are victims of circumstance, caught in a system that marginalizes, vilifies and tries to destroy them.

The MS-13 began in Los Angeles in the early 1980s, in part because the Reagan administration’s proxy wars in Central America led to mass displacement. As violence spiked domestically, California passed special laws to arrest suspected members en masse, ensuring convictions and lengthening sentences. In response the gangs got more sophisticated, learning how to operate from within the prison system.

Eventually, violence and crime abated, but by then cities and states across the US were beginning to replicate LA’s anti-crime model. What’s more, Clinton, in his 1997 state of the union, declared his own “war on gangs,” implementing draconian measures that increased incarceration rates.

The administration also doubled down on laws to accelerate deportations of ex-convicts, which in turn precipitated the spread of US-style gangs in Central America like the one Norman would join. In response, the George W. Bush administration eventually set up a special antigang task force in El Salvador where they repeated the process: Los Angeles–type policies that led to mass incarceration, which in turn consolidated gang power from within the prisons.

The violence forced Central American families to flee to the US as refugees, which culminated in a surge of unaccompanied minors during the Obama administration. Obama reacted by increasing deportations yet again, this time to the highest levels in US history, thus starting the process all over again.

After nearly forty years, the MS-13 is more widespread than ever.

It was this vicious cycle that had led Norman to the immigration court that July day, pleading for his life.

The judge—who acts as both judge and jury in immigration proceedings—was noticeably moved by the case. He intervened frequently, clarifying details about how Norman escaped from his half brother’s grasp, and questioning Norman at length about prison guards and their penchant for torture, their ability to facilitate murders inside the prisons.

He winced as Norman described how guards forced them to strip to their boxers, cuffed them, doused them with excessive amounts of pepper spray, urinated on them and left them for hours to wallow in the smell and feel of another person’s pee.

The judge probed for facts about how the police, wearing balaclavas, had gone looking for Norman several times at his mother’s house, busting down the door in the middle of the night and pointing assault rifles at his wife and kids.

“What will happen to you if you are put in jail in El Salvador?” the judge asked.

“Me matarían señ…” His voice trailed off before he could finish his sentence.

“Who would kill you?”

“Either the gang themselves or the government would kill me, sir.”

By then, the gang had issued a luz verde, or “green light”—an order to kill on sight—for him and his family, Norman said.

The judge was troubled. He was in an impossible position: send Norman to El Salvador where he would almost certainly die, possibly at the hands of US allies in the police, or let a convicted killer who had been part of a brutal gang stay in the US, where the MS-13 had been declared public enemy number one.

As if part of a script, in the days prior roaches had invaded the courthouse, and court officers had been spraying insecticide to keep them at bay. The chemical scent was bothering the judge, so he called for a break in the hearing.

“This case is haunted,” the judge said.

Steven Dudley is the cofounder of InSight Crime, a think tank devoted to organized crime and corruption in the Americas. As a journalist in Latin America, he spent the past two decades writing for the Washington Post, NPR, the BBC and the Miami Herald. A senior fellow at American University, he is currently codirecting a three-year study funded by the US Justice Department on the MS-13 in El Salvador, DC, and LA. MS-13 is the winner of the J. Anthony Lukas Award and his first book. 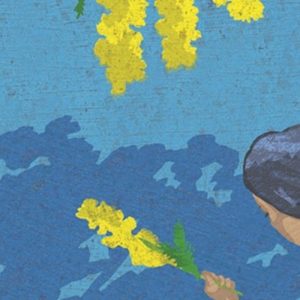 Another week, another batch of books for your TBR pile. Happy reading, folks. * Vanessa Lillie, For the Best (Thomas...
© LitHub
Back to top