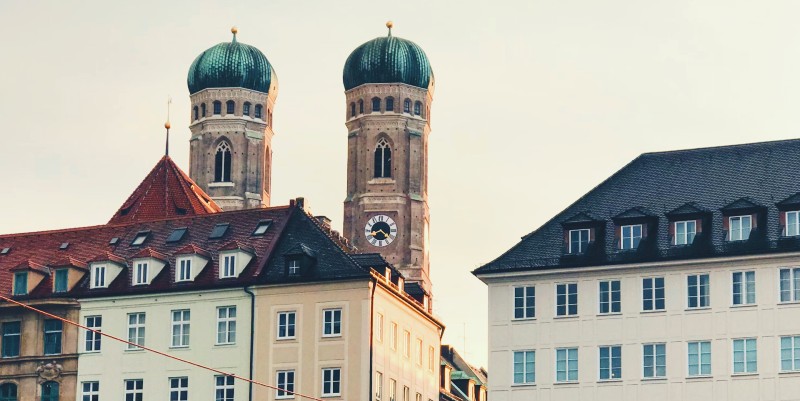 Crime and the City visits the Bavarian capital

Munich – capital of Bavaria with over a million and a half people and where the annual festival sees about three times as many steins of beer consumed at Oktoberfest. One of the world’s most livable cities according to some indicators but, of course, not without its crime writing….

Let’s jump straight in with Hans Hellmut Kirst’s Konstantin Keller series of detective novels set in Munich in the 1960s and featuring a retiring detective inspector. The trilogy was published in English translations as Damned to Success (also as A Time for Scandal, 1973) subtitled A Novel of Modern Munich, A Time for Truth (1974) and Everything has a Price (1976). Kirst is still best known for his “Gunner Asch” series detailing an honest man’s struggle to retain his soul during the Nazi period. Kirst fought in World War Two and did join the Nazi Party later saying that he had ‘confused National Socialism with Germany.’ The Asch series was very popular in the 1950s and 1960s showing ordinary German soldiers bucking the system and stuck in the war, and although Danish-born Sven Hassel’s work has remained better known to English reading audiences, Asch ploughed much the same furrow.

Max Landorff’s novel Tretjak (2011) was a best seller in Germany and much praised in the press. It’s a tense thriller set in Munich and around the Italian lakes featuring a fixer, Gabriel Tretjak, hired by celebrities to rebuild their lives and reputations, other people pay him to sort out their problems (a little like a Munich version of Ray Donovan). However, a series of nasty murders ends up threatening the life of Tretjak too while appearing to try to frame him. Nobody it seems is quite clear who Max Landroff really is. The name is a pseudonym, perhaps of two local Munich crime journalists (who happen to be brothers as well). The Hour of the Fixer (2013) continued Tretjak’s story involving more alternative reality games that turn murderous

Romy Hausmann’s Dear Child (2020), a massive best seller in Germany and in translation. A 23-year-old student, Lena Beck, is missing. The Munich police are searching for clues. According to eyewitnesses, the student was at a party in the Maxvorstadt district until around 5 a.m. and then seems to have simply disappeared. Lena awakes in a windowless shack in remote woods. Now Lena’s life and that of her two children follows the rules set by their captor, the father: meals, bathroom visits, study time are strictly scheduled and meticulously observed. She needs to be found by the Munich police or escape using her own wits. Hausmann’s second novel, Sleepless (2021) didn’t garner quite the rave reviews of Dear Child but its theme is similar – two women linked in a murder end up in a remote house in the woods. Interestingly Hausmann’s author bio reveals that she lives in a remote house in the woods near Stuttgart!

Naturally there’s a fair amount of wartime Munich-set crime, thriller and spy novels. Too many to list them all but any number of well known characters have ventured to Bavaria and they include…

Spanish writer Juan Gómez-Jurado’s bestseller The Traitor’s Emblem was published in Spanish in 2008 and English in 2011. It was a bestseller all over Europe. The story is set in Munich and features a German orphan, Paul Reiner looking for the truth after his father’s death and Alys Tannenbaum, a Jewish-American photographer in post-war Germany. The novel chronicles the rise of Nazism in Bavaria from 1919. Many prominent real-life Nazis feature as characters in the novel as does the concentration camp at Dachau, situated just ten miles northwest of Munich.

And finally, a short trip just outside Munich to neighbouring Baden-Württemberg and the Schwarzwald (Black Forest). Oliver Bottini’s Zen and the Art of Murder (2018) is the first in the author’s Black Forest Investigations series. Louise Boni, the maverick chief inspector with the Black Forest crime squad is depressed – it’s a dreary winter, she’s recently divorced and haunted by the shadows of the past. Then a Japanese monk wanders out of the forest, lost, injured and incoherent with fear. Boni must enter the forest to shut down a ring of child traffickers. In A Summer of Murder (2018) it’s the holiday season in the Black Forest idyll of Kirchzarten when a cache of illegal weapons explodes. German neo-Nazis or illegal arms dealers from the former Yugoslavia? Louise Boni and her new partner, Thomas Ilic must solve the conundrum while coping with interference from the German Secret Service.

The series continues with The Dance of Death (2019) with the traumas of conflict in the Balkans bringing tragedy to southern Germany and finally Night Hunters (2021) with newly promoted Detective Chief Inspector Louise Bonì on the trail of a series of suddenly disappeared students.

And so you see there’s more to Munich and southern Germany than simply livability and massive glasses of pilsner!

Full Faith and Confidence: A Conversation with Denise Mina 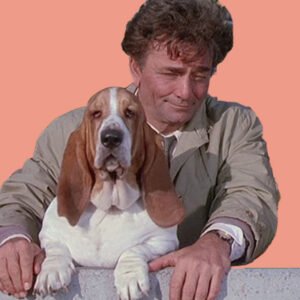 There's an episode of Columbo I really like to watch. The first episode of the second season, "Étude in Black." John Cassavetes...
© LitHub
Back to top