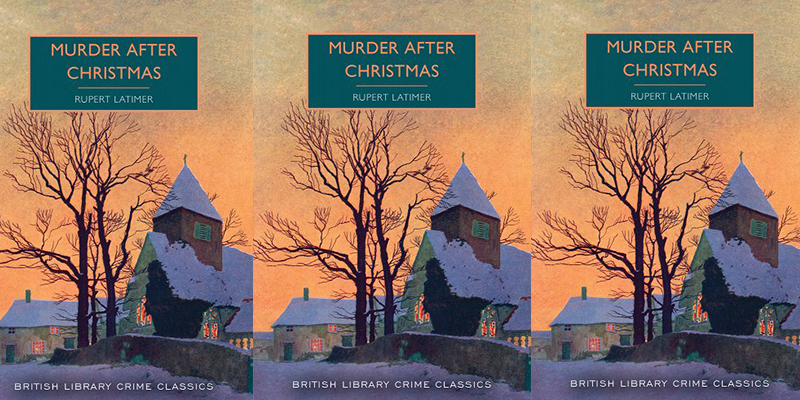 Murder After Christmas is an unusual and amusing Christmas mystery novel that has been out of print for three-quarters of a century. First published in 1944, this is a little-known book by a little-known author whose life was tragically cut short before he could continue his career in crime fiction.

The story is a Yuletide mystery in the fine old English tradition, but there are frequent reminders of the hostilities taking place elsewhere. The story opens at the home of Frank and Rhoda Redpath in the run-up to the festive season, and the couple reflect on the inability of Rhoda’s stepfather, rich old “Uncle Willie,” to take his usual trip to Italy. Rhoda reckons that “Mussolini had finally decided to take sides in the current European unpleasantness in order to make it finally impossible for Sir Willoughby Keene-Cotton to occupy his villa in San Remo.”

The couple decide to invite the old man to stay with them, but their motives are by no means entirely altruistic. Rhoda points out: “It may be his last Christmas, and if we give him a really happy one and make him feel we all love him very much, even though there’s no apparent reason why we should—.” Frank brightens: “Rather a joke if, in the excitement of his happy Christmas, he revoked his will and left everything to us!” So the invitation is sent, and Uncle Willie accepts. He duly suffers the customary fate of rich, elderly relatives in vintage detective stories, and is found dead. The body is discovered shortly after he has dressed up as Father Christmas and found a cache of chocolates in a snowman on the lawn. When Superintendent Culley and the Chief Constable, Major Smythe, try to discover what exactly has happened, they encounter all manner of complications.

There are some fascinating period touches. Early in the book, for instance, people try to master the rules of a game known as “Invasion”: “One landed by parachute and made one’s way to an important aerodrome, harassed incessantly by the most hair-raising perils and armed only with one’s dice, which one rattled, however, bravely and hopefully.” This is reference to a board game of strategy devised in 1938 by the thriller writer Dennis Wheatley, and anticipating the outbreak of war in Europe; these days, copies change hands on the second-hand market for high prices.

As the plot continues to thicken, the storyline pursues an increasingly eccentric course, but the light-hearted tone is maintained throughout. After the truth is revealed, Smythe observes that it is “almost a relief to realise there’s still a war on after listening to all that stuff.”

Rupert Latimer was the pen-name adopted by Algernon Vernon Mills (1905–1953). Information about his life and career proved hard to come by, and establishing the facts required extensive detective work. I’m indebted to the British Library’s publications team for their research efforts, and in particular to a member of the author’s family, Mrs. Sarah Balcon, for filling in some of the gaps in what is known about him.

Almost seventy years after his death, it is a pleasure to bring his entertaining, unorthodox Christmas mystery back to life.

Latimer (I’ll call him that for convenience) was born at the wonderfully named Wildernesse Park, Sevenoaks, Kent. Today Wildernesse House is divided into apartments, but at that time Wildernesse was the home of his grandmother, the Dowager Lady Hillingdon. The earliest records of Wildernesse Estate date back to the fourteenth century. A deer park was established towards the end of the seventeenth century, and there was a grand house which changed hands a number of times over the years. The Duke of Wellington was one notable guest, shortly before the Battle of Waterloo, and a great avenue of limes was planted to commemorate his visit. Charles Henry Mills, a director of the East India Company, acquired the property in 1884, and was raised to the peerage as Baron Hillingdon two years later. He was a philanthropist who built his own gasworks, a laundry, and an orphanage, all of which became a major source of livelihood and provided employment for people within the local communities of Seal and Sevenoaks. Latimer was Charles’s grandson and the son of Charles’s youngest son, the Hon. Geoffrey Mills and his wife, Grace. He could trace his ancestry back to William the Conqueror.

On the face of things, Latimer was undoubtedly born with a silver spoon in his mouth. But tragedy struck him during infancy. On a trip to France, he ate strawberries that had grown in the wild. They were contaminated and he contracted typhoid fever; although he survived, his elder sister and their nurse both died. For the rest of his life, he was lame and suffered from epilepsy.

He never married and had no children, but grew into a tall, handsome young man. For some time he pursued a career on the stage. Among those he worked with in repertory was Arnold Ridley, also a playwright whose plays included the popular mystery The Ghost Train, but who is today best remembered as Private Godfrey from the television sitcom Dad’s Army.

Latimer was interested in writing and published a humorous novel, Jam Today, in 1933. He is also credited with publishing The Unenchanted Circle in the same year; whether they are alternative titles for the same book, I have yet to establish. In due course, he graduated to detective fiction, publishing Death in Real Life, which one critic described as “an all-time curiosity in thrillers which you must not miss,” while another spoke of it being in a class by itself and striking a new note.

Duly encouraged, Latimer produced Murder after Christmas. Unfortunately his health, never robust, began to decline. His mental health worsened and ultimately a brain tumour was diagnosed. He died in 1953. A member of his family said, “I remember him as a sweet man, but different.” Despite his privileged background, it is evident that he experienced serious difficulties in his life, but the gusto with which this novel is written shows an admirable sense of humour. Almost seventy years after his death, it is a pleasure to bring his entertaining, unorthodox Christmas mystery back to life. 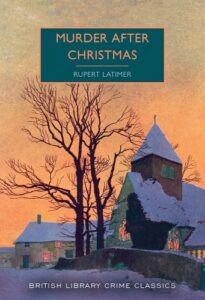 From Martin Edwards’ introduction to Rupert Latimer’s Murder After Christmas, newly reissued by Poisoned Pen Press and British Library of Crime Classics. Introduction copyright ©2022 by Martin Edwards. Reprinted by permission of the publisher. All rights reserved. 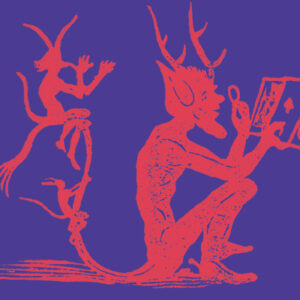 Thanks to the contributors to Close to Midnight: New Horror Short Stories, edited by Mark Morris, for sending some thoughts...
© LitHub
Back to top