Paul French Looks at the Homicide Capital of Europe

We’ll take the Mediterranean island as a whole for this instalment of Crime and the City. Corsica has a criminal reputation to rival nearby Sicily’s. With a population of 333,000 that swells considerably in the summer months, Corsica is technically French territory, but last June, when Emmanuel Macron won a landslide victory on the mainland he didn’t win a single seat on the entire island. Corsica instead elected three parliamentarians from the autonomist Pe a Corsica (“For Corsica”) alliance. The renewed call for independence, in the countryside as much as in the island’s two major cities Ajaccio (pop. 66,000) and Bastia (pop. 43,000), was resounding. The far-right candidate Marine Le Pen touched down briefly, but was effectively chased off the island with her bodyguards getting beaten up by the Nationalists from Ghjuventu Indipendentista (Youth for Independence). She should have known better—her equally right-wing father Jean Marie was staunchly against any negotiation with the “separatists” and ran into the same sort of trouble in his day.

Of course Corsica has always been a little bit different from the rest of France—part of the Italian maritime republics of Pisa and Genoa until the 18th century, the locals still speak their own dialect, Corsu, that owes more to Italian than French while spaghetti is more common than escargots at Ajaccio restaurants. Yet even though the island has the highest per capita murder rate in Western Europe, a rate fully nine times higher than in mainland France, Corsica pulls in the tourist Euro: the beaches are beautiful, the hilltop communes (such as the stunning Bonifacio and Sartène) breathtaking. But it’s crime we’re interested in…

Corsica’s legendary reputation for gangsterism owes much to the fictionalization  of the real-life exploits of the Union Corse, long the primary secret criminal fraternity on the island. The Union’s logo (also now used for anyone against French authority) of a Moor’s head with a rag tied around the forehead is commonplace on street posters and badges. Despite what some Paris politicians may claim the Union Corse were not fictional at all and are perhaps still best known for their organisation of the French Connection, the long running monopoly of the Corsican drug gangs on the shipments of heroin to the United States (in the days before the main action became the South American Narcos). Of course people remember William Friedkin’s 1971 movie The French Connection with Gene Hackman as Popeye Doyle. Less well remembered is that the movie was based on Robin Moore’s 1969 true crime book The French Connection: A True Account of Cops, Narcotics, and International Conspiracy.

The Union Corse also appear in Ian Fleming’s On Her Majesty’s Secret Service (1963) which became Bond’s sixth outing at the cinema. Fleming created the character of Marc-Ange Draco as the head of the Union Corse. Draco’s emotionally disturbed daughter, Tracy, ends up briefly married to Bond. The film remains famous for being George Lazenby’s one and only outing as 007. Diana Rigg was a very memorable Tracy Draco with the Italian actor Gabriele Ferzetti as the Corsican crime lord.

Some critics have written off William Hefferman’s The Corsican (1981) as just another attempt to cash in on the success of Mario Puzo’s seminal The Godfather (1969) but it’s actually an interesting story. We first meet Buonaparte Sartene, the adopted son of a Corsican gangster, in a jail cell in Nazi-occupied France. He goes on to lead a Resistance cell (a slight historical anomaly—in reality the Corsican gangs notoriously largely collaborated with the Germans in Marseilles), then heads off to Laos to establish a version of the French Connection smuggling routes (though is also fighting the communists and engaged in espionage too!). Sartene is a Corsican, though the novel is mostly set in South East Asia. It ain’t Greene’s The Quiet American or Le Carré’s The Honourable Schoolboy (both South East Asia-set classics), but it’s not as dreadful as it’s often claimed to be.

More serious is Jerome Ferrari’s 2012, Prix Goncourt winning Le Sermon sur la Chute de Rome (translated into English as The Sermon on the Fall of Rome). Praised by the committee as “an epic tale of ruin and renewal in rural Corsica.” Ferrari is a teacher who spent some years working in Ajaccio. He is a writer of great ambition who across half a dozen novels has studied France’s postcolonial angst and decline (unfortunately only a couple are translated). Ferrari’s other novel that has been translated into English, Où j’ai laissé mon âme or Where I Left My Soul (2010), spans the years from the concentration camps of WWII Europe to the collapse of the French empire in Indo-China and then France’s particularly messy exit from their North African colonies and the Algerian War. The Sermon on the Fall of Rome starts with the disappearance of Hayet, the manager of a popular village bar. The attempts of others to run the bar in her place and solve the mysterious disappearance act as a symbol of Ferrari’s great theme across all his work, the inevitable collapse of all empires—from the Roman or French to that of a village bar.

And a few other Corsican-set crime novels…

Lest you think everything set on the Island is grim revenge killings, Peter Mayle’s The Corsican Caper (2015) sets its twists amid the beaches and sun-kissed scenery in a gentler crime tale featuring holidaying Russian tycoons and vacationing detectives.

Book 13 in Daniel Silva’s very popular Gabriel Allon series, The English Girl (2013), sees Allon work with Britain’s Mi5 to secure the release of a kidnapped English woman on Corsica. The local crime bosses get involved and, something of a sub-theme in more recent Corsican-set novels, Russian oligarchs make an appearance (and they do indeed enjoy Corsica’s weather, wine and good marinas for their elaborate yachts these days).

If you’ve read any of his work you won’t be surprised that American crime writer Marc Olden took notice of Corsica. Olden’s 1970s “Narc” novels (then published under the penname Robert Hawkes) are set among the New York counterdrug task force and were extremely popular at the time. They have, in general, stood the test of time. The seventh in the series is Corsican Death (1975), which is yet another reworking of the French Connection smuggling routes and the supposed Corsican hold over the heroin trade into the USA. It’s gritty New York in the 1970s contrasted to slightly backward Union Corse-run Corsica as Narc (narcotics agent) John Bolt follows the dope money from Manhattan back to The Med.

Lost (2000), a tense tale of a child’s abduction on Corsica, saw Lucy Wadham shortlisted for a UK Crime Writers’ Association Dagger award for what was her debut novel. Wadham’s Corsica is sun-drenched and beautiful yet mired in corruption and poverty caused by criminal gangs constantly vying for dominance. A distraught mother, her son disappeared and assumed kidnapped, must work with a local mafiosa to get her boy back.

Thanks to its stunning scenery, Corsica, even when dripping in blood from revenge killings, inter-gang feuds and drive-by shootings is still eminently filmable. Local police claim that unlike the heyday of Union Corse dominance of the island’s crime milieu most of the murders and violence on the island now are due to squabbles among a number of smaller, less unified gangs. Omertà and non-cooperation with the police remains absolute and fewer than ten per cent of killings on the island ever get solved—that is to say no one gets convicted! This Corsica is brilliantly revealed in Mafiosa, the French Canal+ TV series (five seasons between 2006 and 2014) following the Paoli clan and in particular their controversial female boss Sandra Paoli. The massively popular show was originally created by Hugues Pagan, the highly successful French crime writer who, unfortunately, is yet to be translated into English.

Just in case you fancy a holiday in Corsica fear not—by and large the local crime wave never gets in the way of the local tourism industry (excepting a rather notorious farmer who started blasting away with a shotgun at some topless French sunbathers he rather disapproved off recently). But beneath the surface, both in fiction and reality, Corsica remains a violent place, troubled, still conflicted about its future and with a disturbingly high murder rate.

The Perils of Parenting as
a True Crime Author 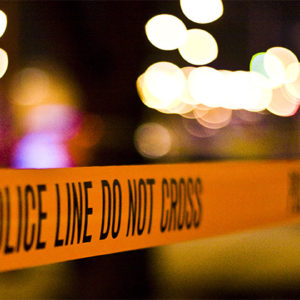 The Perils of Parenting as
a True Crime Author

“So why does she look so scared?” my seven-year-old daughter Ella asks. I sigh. This is how many of our conversations...
© LitHub
Back to top