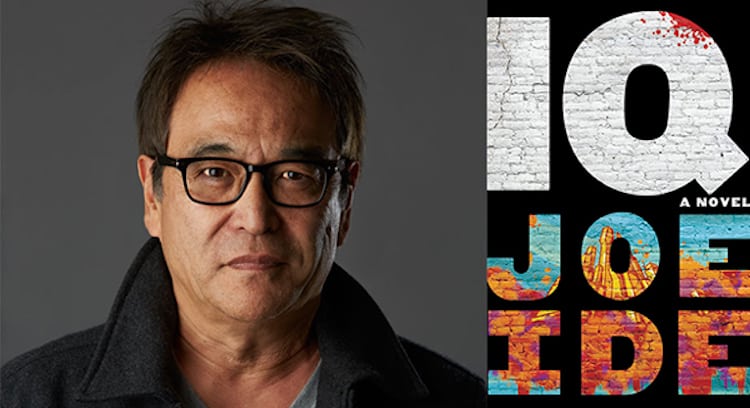 The Much-Lauded Author of IQ Took Awhile To Get There

Joe Ide (pronounced EE-day) is a happy man. He told me this when I met him at the Edgar Awards last year, where his debut novel, IQ, was up for an award (he lost that one, but just won the Anthony Award for Best First Novel at this year’s Bouchercon). Now, it’s rare that a writer introduces himself as a happy person (even crime writers, who despite imagining horrors for a living, are a pretty content lot). But at age 58, Ide has earned his happiness, ending up as a crime writer after a series of ill-suited careers.

The career Ide stuck with the longest was as a screenwriter. “I had always whined about writing and you know, it’s sort of embarrassing to say that out loud, you know? ‘I want to write.’ But finally I got up the nerve and decided to write screenplays, and it’s a lot harder than it looks. I wrote a dozen. Literally a dozen terrible screenplays. Awful screenplays. Excruciating. And I had an acquaintance who was an agent, and I would send them to him, and he would send notes back to me, and say, ‘This is terrible. This is boring. Who would want to watch this?’”

“I was never interested in school,” Ide told me when I chatted with him from his home office in Santa Monica, California. “I was always restless, always bored and I went to college and I got a degree, a graduate degree in education. I cannot remember why.” Ide laughed at this. He went on to become a teacher but it did not suit him (unsurprisingly, for a person who hated school).

“My first job was as a school teacher, grades four to six, and I discovered a little belatedly that I didn’t like kids. You know, they were noisy and fussy and they didn’t know anything. They were always asking me questions. So that lasted a semester and I was out of there. And I had a series of what I call semi-careers. I taught at a university. I taught education, because that’s all I knew to teach. And then, let’s see, I was a business consultant. I worked in human resources for this consulting company and I hated that,” Ide recalled, laughing.

Finally,” Ide said, “I wrote a decent screenplay and had it optioned to Disney and I started to work. And I worked a fair bit. I worked for all of the majors and I sold specs and I did rewrites and set up pitches. And none of the things were getting made, for one Hollywood reason after another. And this just kept going. Now, I’m living a pretty good life. I mean even a C-list writer like me, you get paid pretty well, so I had a pretty nice lifestyle, so it was hard to think about, ‘Well, I’m going to give this up and go back to working in human resources or something.’”

And then he really gave up on screenwriting, after plugging away at it for seven or eight years. “I have good work habits,” Ide said, “and I would work really hard. Work on something, re-write it five or six times. And finally I just burned out. I just couldn’t and I would open a screenwriting program and be physically repulsed. I couldn’t do it. And so finally I called my agent, told him I’m quitting, and nobody noticed by the way. And then I just moped around for a long time. I traveled a bit, I took long walks with my dog and I railed at the movie business and pretty much felt sorry for myself.”

Rather than scurrying back to human resources, however, Ide decided to take on an even more challenging career: that of a novelist. He quickly figured out what he wanted to write about. “If I wasn’t a writer I would be some variety of bum, so I decided to write a book, and it came down to what I was going to write about. I grew up in South Central LA, with all its attendant problems, and so I knew The Hood best. That was what was in my memory most vividly. And I was also a dedicated Sherlock Holmes fan. I had read, you know, all 56 stories and four novels multiple times before I was in the eighth grade. And so when it came time to write a book, there was no question it was going to be Sherlock in The Hood.”

That book was IQ, which centers around Ide’s Holmes character, Isaiah Quintabe, a young African-American genius who falls into solving problems, and mysteries, for his friends and neighbors in Long Beach. But IQ, and novel-writing, did not come easily to Ide. “I discovered that my long-form prose was awful. I mean the difference between long-form prose and screenwriting are huge. You know, in screenwriting, if there’s a nice house in suburbia, you write, ‘Exterior: Nice house in suburbia.’ But they don’t let you get away with that in a novel. So I spent the first year learning how to write long-form prose. I read Elements of Style and a bunch of other books on writing as I wrote. And it took me a year before I could write clear, decent prose. And then the next two years I worked on the manuscript and, you know, gained some kind of a voice over those two years.”

Ide’s voice, among other things, was what impressed his editor at Mullholland Books, Joshua Kendall. “It would be easy to point to [Ide’s] sharp sense of humor and his brilliant plotting, but I would have to say that it’s Joe’s rich sense of character. From his lead, IQ, to the most minor of henchmen, LA gang shot-caller, Las Vegas bookie, wounded artist, or drunken junkyard prophet, Joe is able to immediately peer into the heart of his characters. In a single line or a first paragraph, you fall in love, because you know immediately what makes each of them tick.” The conflation of voice and character is natural when describing Ide’s work, as his books are utterly immersive. Events are seen through Quintabe’s eyes, and like any good Sherlockian his brain is constantly working, trying to figure out all of the angles and parse truth from fiction.

Ide shares with his hero an outsider’s perspective, which is part of his upbringing as well as his character. As the only Japanese kid in an African-American neighborhood, his childhood was spent observing rather than taking part in the action. Ide interestingly gives credit to another influence, both on his dialogue (which is extremely sharp and funny) and on his writing in general. “I’m a great fan of standup comedians, even when I was a kid. I had this great pile of LPs of Moms Mabley and Redd Foxx and Freddie Prince and George Carlin. All these people. I listened to them obsessively.” Ide also talks about his family being “very Japanese,” meaning quiet, with an emphasis on duty rather than self-expression.

In Ide and Isaiah’s second outing, the just released Righteous, Sherlock is not only in the hood, he’s forced to venture into the world, including dealing with some nasty Triad-affiliated crooks in Vegas and a lethal Latino gang back in Long Beach. “I knew I had to get him out of The Hood. IQ was new and consequently I could keep the world fairly small and that was okay. But just as a commercial decision, I needed to get it out of The Hood and get him into the bigger world and give him a wider variety of bad guys and different kinds of problems to solve. You know, I’m always going to be in The Hood. I mean I’ll always have a B-story that’s in The Hood, but yeah, I want him to take on the wider world. And the more he’s a fish out of water, the better.”

When I asked Kendall about which crime writers he would compare Ide to, he came up with the same list Ide gave me as his influences. Kendall said, “Arthur Conan Doyle, for their ability to both impress and to please. Michael Connelly, for their breadth of vision of LA. Thomas Perry and Elmore Leonard, for their balance of the comic and the thrilling. And Walter Mosley, for their insight that race and identity is what makes us American.” Both Mosley and Leonard are major figures for Ide—Leonard particularly, as he loves his humor and dialogue.

“I mean [Leonard is] just brilliant. I think he is the best and he can do so much with dialogue. He can tell you the guy’s back story and his demographics and what he looks like with dialogue. Just with dialogue. And I was always so struck by that, and I tried to do that. I tried to reveal character as well as move the story forward with dialogue.” Ide pauses as he recollects, then continues. “I’ve always been fascinated with language. When I was a kid, and I was a small kid in a big neighborhood, and I couldn’t articulate it then, but I saw language as a form of power. You put some words together and you could get an almost predictable response. And so I was always listening. I always listened to how people strung words together and the effect that you would get. And wherever I was, whatever context I was in, I listen to how people talk. I think all of that plays a part of the dialogue in the book.”

Great characters, great dialogue, and tight plots are what makes Ide’s books a joy to read. It doesn’t hurt, either, that Ide shows no sign of losing enthusiasm for writing novels, or for his characters. The third IQ book is already in edits, and he has no plans to stop writing novels. “I am in the dream now and I’ll write IQ books for as long as they’ll have them. I haven’t really thought about writing something else. I know I will eventually, but I don’t know when that will be.” For now, at least, Joe Ide is a happy man. 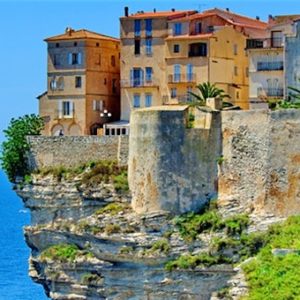 We’ll take the Mediterranean island as a whole for this instalment of Crime and the City. Corsica has a criminal reputation...
© LitHub
Back to top