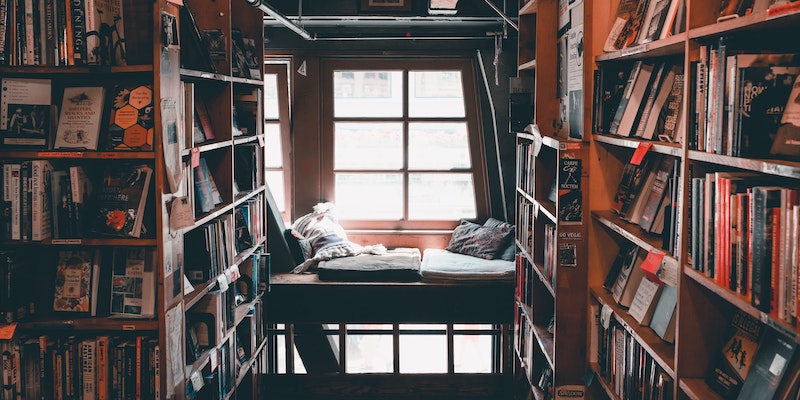 Browse the shelves from the comforts of home in these book business-related crime novels.

As a voracious reader since age seven (Nancy Drew), bookstores call me as if magnetized. There’s something magical about rows of crisp colorful bindings and the scent of fresh ink. Used bookshops are especially intriguing, often offering bargains and rarities.

On lazy Sunday afternoons years ago, my parents used to load us into the station wagon and drive to a magnificent used bookstore in Hallowell, Maine. The building was old and quaint, with peeling paint and creaky wood floors. Books were piled in the window. Stacked on the floor. Crammed into cases.

I still remember my held breath when we entered, against the dust and danger of knocking books over with a misstep, yes, but mostly from excitement. Would I find a hidden gem today, tucked among the obscure and the outdated?

Old or new, chain or independent, readers adore bookstores where they can browse and sample and discover great books. I think it’s the universality of this experience that has made bookstores such a popular setting for mysteries. Readers can immerse themselves in the book business along with the main character.

Perhaps subconsciously inspired by my memories, the setting for my new series dropped almost fully formed into my mind­—an ancient, timber-framed bookshop in the heart of historic Cambridge, England. With more than thirty colleges, world-class libraries, and an eclectic assortment of bookshops, Cambridge is all about books. And so are the mysteries in this roundup, which includes some of my favorites. 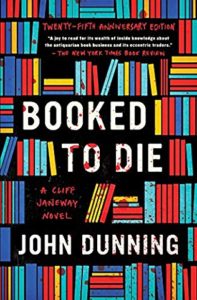 Booked to Die by John Dunning

Almost old enough to be a classic, Booked to Die by John Dunning was published in 1992. First in a series, the main character is Cliff Janeway, a Denver homicide detective who opens a small bookstore selling rare books after he loses his badge. Naturally Cliff continues to investigate a murder while exploring the underbelly of the book business. Dunning, who is also a Denver bookstore owner, has a comfortable, compelling style flavored with wit and a touch of hard-boiled noir. Booked to Die is one of those novels where you immediately know you are in the hands of a master.

If Cliff Janeway is a good guy, then You’s Joe Goldberg emphatically is not. This seemingly innocuous, forgettable bookstore clerk is actually a creep, a stalker, and eventually, something worse. At the same time, author Caroline Kepnes manages to spark enough empathy for Joe and his quest that you are compelled to keeping reading and even root for him. Interspersed throughout are Joe’s entertaining musings and tirades about books, how choices signal pretension, poor taste and, rarely, intellect. In addition, his minutely reported intrusions into his target’s life are vicariously riveting—and a cautionary tale. 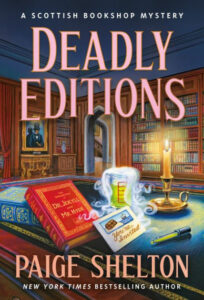 On the lighter, more escapist side, is Paige Shelton’s Deadly Editions, set at a bookstore in Edinburgh, Scotland. Latest in the Scottish Bookshop series, American protagonist Delaney Nichols embarks on a literary treasure hunt involving a pub crawl and a contemporary reprise of Dr. Jekyll and Mr. Hyde. The romantic setting and immersion in classic literature combine to make this series as delectable as clotted cream and scones. 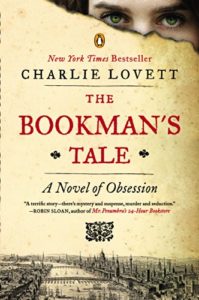 The Bookman’s Tale by Charlie Lovett

As in Deadly Editions, a literary quest drives the plot of The Bookman’s Tale by Charlie Lovett. Grieving widower Peter Bylerly is in the UK trying to revive his bookselling career when he discovers a portrait of a woman tucked inside an antique book discussing forgers of Shakespeare plays and documents. She resembles his dead wife. While attempting to learn who the sitter was, Peter stumbles on the solution to one of literature’s enduring mysteries—was the author of those magnificent plays really the man from Stratford-on-Avon? With three timelines and a plethora of antiquarian book lore, The Bookman’s Tale is an immersive feast. 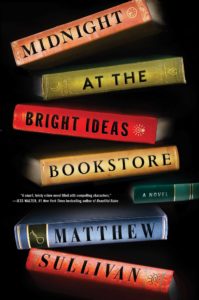 Midnight at the Bright Ideas Bookstore by Matthew Sullivan

Midnight at the Bright Ideas Bookstore by Matthew Sullivan also weaves together mysteries past and present. Set in Denver like Booked to Die, the shocking suicide of Joey, a favorite patron, leads bookseller Lydia Smith into a mystery involving her own past. Following clues in the books Joey left to her, Lydia begins to grapple with long-suppressed memories from her childhood. People from that troubled time also circle back around into her life and this time, the truth is uncovered. Sullivan’s lyrical yet vivid writing makes this novel a standout read for book lovers. 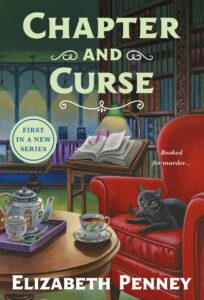 Elizabeth Penney is the author of more than two dozen cozy mysteries, including the Apron Shop Series, which begins with Hems & Homicide. She is a member of the Women's Fiction Writers Association and the owner of 2 Penney Productions. A former consultant and nonprofit executive, Elizabeth grew up in Maine and now lives in the White Mountains of New Hampshire, where she also operates a small farm. Her latest novel, Thread and Dead, is now available. 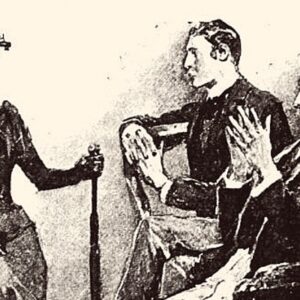 The  Victorian era is, for what seem like obvious reasons, defined by the life span of the British Queen Victoria, which...
© LitHub
Back to top