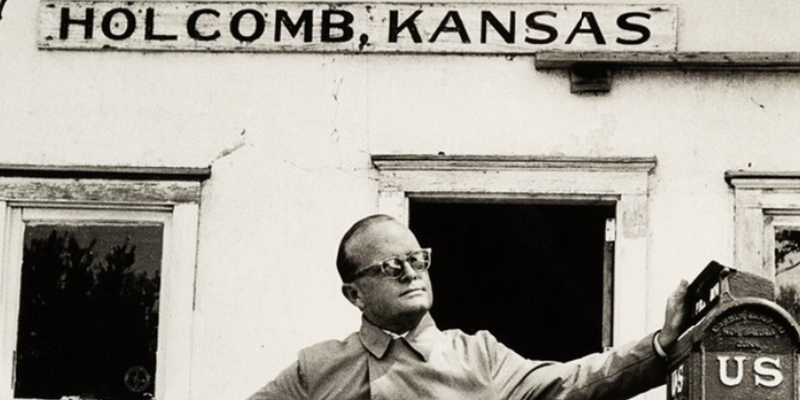 Notes from a road trip to Holcomb, Kansas, where Capote once chronicled the murder of the Clutter family.

Just west of Holcomb, Kansas, on the lonesome wheat plains In Cold Blood begins with, stands the world’s largest slaughterhouse. It was the first thing Bonnie and I found when we went looking for the Clutter farm, on a June day so hot it felt like we were being ironed. Earlier, in Albuquerque, I’d typed Holcomb into my phone, and the directions led us here. If the Tyson plant had existed when Capote came to Kansas, his book would probably start with the abattoir at the edge of town. Subtlety was not his strong point.

I stopped the car at the gates of the facility, where signs prohibited trespassing. The building ahead was long and beige and bland, as if designed to hide its purpose, processing six thousand cattle a day, each shot once in the head. From a hundred yards away, with our windows raised against the heat, we could smell the death inside. The vegan riding shotgun didn’t react how I would’ve expected, not a word about that one documentary on the beef industry. Bonnie just said we must’ve missed a turn somewhere, and she was right. We doubled back and soon found Holcomb proper.

The first paragraph of In Cold Blood establishes Capote’s eye-of-god narration, panning across the high plains, remote and desolate, “a lonesome area that other Kansas call ‘out there.’” Soon Holcomb appears in the distance, its grain elevators “rising as gracefully as Greek temples” from the wheat, a simile about as subtle as a neon sign: this is a tragedy. Capote describes the town from a detached, cinematic perspective typical of the book, all facts and landmarks, the illusion of objectivity. Dirt roads and deserted dance halls, an air of dilapidation, dry in both senses of the word. Occasional freight trains. A new school. How it might look to an outsider, tourists like us. As we drove through town, Capote’s description still rang mostly true: “an aimless congregation of buildings” wedged between Route 50 and the Arkansas River, split by the tracks of the Santa Fe Railway.

As we drove through town, Capote’s description still rang mostly true: “an aimless congregation of buildings” wedged between Route 50 and the Arkansas River, split by the tracks of the Santa Fe Railway.

A few things had changed in the fifty-odd years since Capote showed up. A modest park at the city limits, across the street from a new school, was dedicated to the memory of the Clutter family. Hartman’s Cafe, the gathering place and gossip node Capote frequented, was now a Mexican restaurant called El Rancho, a signal of the demographic shift brought on by the meat industry. South of town, across the ditch that used to be the river, steam plumed from a palatial power plant. Otherwise, Holcomb looked like the rest of Kansas, hot and brown and level, scattered silos and grain elevators, water towers and windbreaks, an architecture of attempts to break the flatness.

At least that’s how it seemed to me. Locals might not feel the same. Bonnie and I were tourists, full of ignorant assumptions, seeing everything relative to our frame of reference. We’d come from a city at the base of the Sandia range, where the skyline looks like a monitored heartbeat, so the flat ring of this strange horizon felt like time itself, a noose drawing tight. A week earlier, Bonnie had asked if I wanted to drive with her to Minnesota. Her brother had been picked up by a pro soccer team in the Twin Cities and needed someone to deliver his car. Our relationship was new, and discordantly defined, so a four-day trip together seemed like a bad idea. But it was summer in Albuquerque, all glare and ennui, a good time for bad ideas. The internet’s suggested route ran close by Holcomb, so I said yes, as long as we could make a detour.

Holcombites took exception to Capote’s book, especially its treatment of the Clutters, and Bonnie in particular. In Cold Blood portrays her as timorous, frail, depressive, frequently institutionalized. Many who knew her, including her surviving family, have claimed Capote exaggerated her condition. If so, it worked. Bonnie comes off as a more sympathetic character than her husband or children, more human and complex. I didn’t see it until my second read: Capote made the other Clutters flat and stereotypical, but not Bonnie. She’s stricken by an unspeakable sadness, full of doubt and anxiety; her character has a rich, unknowable depth. She dreamed of being a nurse, suffered crippling postnatal depressions, once spent two months in Wichita without her family, which she enjoyed so much the guilt drove her back. She refused to cook, and slept in a separate room from her husband. She was the only Clutter who drank coffee, and may have been the source of the mysterious cigarette smell in the house, another of Capote’s gothic details, a mystery for which he never provides an answer. Bonnie’s prone to cryptic, ominous remarks: when we first see her, in the only scene where she takes center stage, she makes a series of unsettling suggestions to a houseguest, her daughter’s friend who’s come over to bake a pie: you might never go home, she says.

The book’s portrayal of Bonnie makes more sense in the context of Capote’s life and work. He had an intense and conflicted relationship with his own mother, who died young of alcoholism, and his early books are full of dead or absent mothers. He was drawn to women throughout his life, friends and allies he based characters on. In his first novel, Other Voices, Other Rooms, he transformed his old friend Harper Lee into Idabel Thompkins, an honor Lee would later reciprocate with Dill in To Kill a Mockingbird. The success of Breakfast at Tiffany’s led to what Capote called “the Holly Golightly sweepstakes,” in which various women claimed to be its heroine’s inspiration. He would eventually lose many of his closest female friends because they felt betrayed by their portrayals in his work. Capote never met Bonnie Clutter, and some would say he betrayed her, anyway. But she’s the best character in the book, besides her killer.

The Clutters didn’t think so. Bonnie’s younger brother was still outraged forty years later, when he granted his only interview on the subject. On the fiftieth anniversary of the murders, Diana Selsor Edwards, a cousin and childhood friend of Nancy Clutter’s, wrote an essay for her tiny local newspaper in New Mexico calling Capote’s portrayal “a great injustice,” claiming he had turned her relatives into “cardboard figures.” The surviving Clutter daughters, both of whom still live in Kansas, claimed Capote had told them he was writing a “tribute” to their family and accused him of “grossly misrepresent[ing]” their parents and siblings for profit. In 2017, two of Bonnie Clutter’s granddaughters appeared in a documentary to dispute Capote’s portrayal of her. The family made a scrapbook to preserve their version of their murdered loved ones. But what good is a version of the story that nobody reads? 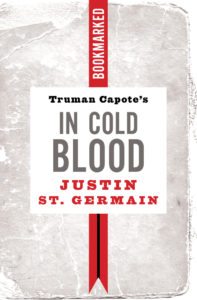 Justin St. Germain is the author of the memoir Son of a Gun, which won the Barnes & Noble Discover Award, was a New York Times Book Review Editors' Choice, and appeared on best books of 2013 lists from Amazon, Publishers Weekly, Salon, Library Journal, BookPage, and the Pima County Public Library. His writing has recently appeared in New England Review, Tin House, DIAGRAM, Territory, and The Pushcart Prize anthology. He was a Wallace Stegner Fellow at Stanford University, and has also received fellowships from the Bread Loaf Writers' Conference, the Sewanee Writers' Conference, and the Corporation of Yaddo. He grew up in Tombstone, Arizona, "The Town Too Tough to Die," and attended Arizona public schools. He received his BA and MFA from the University of Arizona. He lives in Oregon and teaches at Oregon State. His new book, Truman Capote's In Cold Blood, is now available. 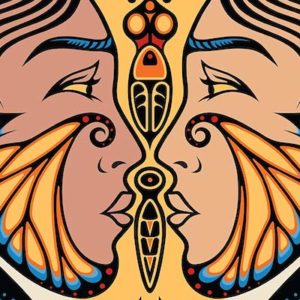 In my debut thriller, Firekeeper's Daughter, 18-year-old Daunis witnesses a murder and must use her knowledge of chemistry,...
© LitHub
Back to top