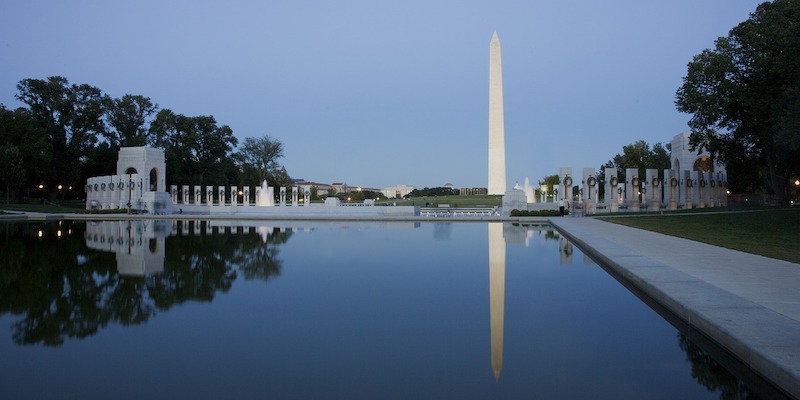 Washington, D.C. is my hometown. But I had to consider the city anew when I started my series.

I knew the story I wanted to write was a Washington, DC story, the city as it exists at the intersection of politics and crime. As a thriller writer, I needed a setting that depicts violent crime at every strata of society; crimes motivated by greed, lust for power and vengeance, I have lived here for over 50 years and know the city well. On one side, Washington is the nation’s capital, the Washington everybody knows, a city of power extending around the globe, of gleaming white monuments and museums and the cherry blossoms on the Tidal Basin. It is also a city of corruption, influence peddling and vicious interagency turf wars. And then there is still another Washington: the Washington of crime and poverty and drugs.

Washington has a long history of violent crimes—many high profile. The most famous was the  assassination of 1865 of Abraham Lincoln. In 1881 President James A. Garfield was shot in a D.C. train station. There have been many attempted assassinations of presidents. Puerto Rican activists tried and failed to kill Harry Truman in 1950 when he was living at the Blair House. One guard was killed and several wounded. A drug store was located across the street and I remember passing it and seeing a bullet hole in one of its windows. In 1981 Ronald Reagan was shot and seriously wounded as he left the Hilton Hotel by the deranged John Hinckley Jr.

There have been many shootings of less prominent figures over the years as well. In 1906 Arthur Brown, a Senator from Utah, was shot by his mistress who claimed to be the mother of his children after she decided he was not going to divorce his wife as he promised. She was acquitted on the grounds of temporary insanity. In 2001 Chandra Levy, a 24 year-old intern working at the Bureau of Prisons, mysteriously vanished. Her alleged affair with a congressman from California made the case that much more sensational in the media. Her skeleton was discovered in Rock Creek Park years later. A man was charged with her murder but there has been no conviction and the case is still open. In 2002, two men randomly shot and killed ten people, critically wounding three others, in what the press and TV came to call “The Beltway Sniper Attacks”. One killer has been executed, the other is in prison.

Washington, DC also comes with a long criminal history of violence and gang warfare fueled by the wide availability of drugs and guns. Despite this, it has never had a major Mafia presence like the five families located in New York and New Jersey. In 1989 President Bush declared that American cities, including Washington, had been turned into “battle zones.”

This was largely a result of a flood of crack cocaine that inundated the city. Crack was brought to Washington by Columbian cartels and sold in open air markets throughout the city. The most notorious was “The Strip” located in an alleyway between Orleans and Morton Place just a few blocks from the United States Capitol. About 400 feet long, the strip was ruled by Rayful Edmond III. It was packed around the clock with customers, moving 55 pounds of cocaine a day and generating an estimated $300 million a year. Some 150 employees worked at the market 24 hours a day. Vehicle barricades, lookouts with walkie-talkies, and roof-top snipers provided protection and defense. Edmond wore custom-tailored silk suits, diamond jewelry, and allegedly earned $2 million a week. He was finally arrested in 1989 and was sentenced to life in prison without parole. He served at an unknown prison location, possibly under the witness protection program. It now appears he is cooperating with the Feds in order to get his sentence reduced. Journalist Elliot Carter captures this history well in his piece entitled “The Strip” which appeared in Atlas Obscura in August of 2017 from which I’ve pulled much of the foregoing description.

During those years DC became known as the “murder capital” of the United States. DC Mayor Marion Barry, the son of a sharecropper and a powerful advocate of civil rights, tried to defend Washington’s reputation when he announced: “Outside of the killings, DC has one of the lowest crime rates in the country.” Soon after, Barry was himself arrested in a sting operation for using crack cocaine and served a short jail sentence only to be re-elected Mayor four years later for a fourth term.

Between 1995 and 2018, the rate of violent crime in DC dropped by 62% but by 2019 Washington had the highest homicide rate it had seen in more than a decade. Our current police chief, Peter Newsham, has said that the majority of killings were between people who knew each other, rather than random murders. But many of the victims have been children and innocent bystanders.

This is my home town, the world I grew up in, and I wanted to use it as the backdrop to write about a broad range of subjects: presidential power, its uses and abuse, the lives of black inhabitants, their struggle with poverty, and about those who fall into a life of crime. When I decided to write fiction, I created a DC homicide detective, Marko Zorn, who inhabits both Washington worlds—the familiar and the criminal. He pursues justice his own way sometimes at the fringes of the law.

The familiar side— the polished, protected, and the historically vibrant Washington DC came naturally to me. I chose to create scenes from many of its real and familiar landscape: the Federal Government buildings, the White House, Pentagon, FBI headquarters, CIA offices, monuments, parks filled with statues of Civil War military figures, museums, bookstores, restaurants, cafes, and residential areas.

The first thriller in the series, The Reflecting Pool, opens with Marko Zorn discovering  the body of a secret service agent in the reflecting pool near the Lincoln Memorial—a supposed drowning. An iconic site on the National Mall, the Pool reflects both the Washington Monument and the Lincoln Memorial when you look into the water. The pool was constructed in 1922-1923 finishing the dedication of the Lincoln Memorial. It measures approximately 2,029 feet long and 167 feet wide. I have walked past and admired its beauty many times. It seemed to me to be a great place to find a body.

The body is that of a young female secret service agent. Marko is convinced she has been murdered and his quest to find her murderer leads to the White House. I have visited the White House on a few occasions, including a meeting in the Situation Room and have always been struck by the history embedded in the architectural detail. George Washington picked the location but the building wasn’t completed in time for him to live there. Every president since John Adams has occupied it. Obviously it’s been repaired, expanded, and redecorated countless times. To give you an idea of its size, it has 132 rooms, 35 bathrooms, 147 windows, 28 fireplaces, 8 staircases, and 3 elevators. Of course, it is such an iconic building that most Americans know something about it, so I had to find a way to create my own White House, maintaining the integrity of such a familiar setting. I chose to focus on private rooms where the public is not permitted. This way I was able to let my subconscious run free and create new venues for Marko to visit that may not actually exist among its 132 rooms.

When it came to writing about the dark side of DC—the slum areas where the criminals pursue their nefarious activities—I had to use my imagination. Over the years, I have driven through these streets many times and seen their dilapidated tenements with men loitering on the steps but I don’t know any drug dealers, gang bosses, or murderers. When I was in law school I took courses in criminal law and for a while worked for a defense attorney (a public defender). My job was to interview witnesses in criminal trials. This often brought me into the drug-ridden slum areas of DC.

All the scenes set in this dark side of DC had to be created by my imagination. When I edited and revised them, I was careful not to be specific about locations. There are few streets mentioned. Some scenes begin at the venue itself while others depict Marko driving there, his route not given: a gang leader’s headquarters, a dingy motel, an abandoned warehouse secretly storing illegal arms. I tried to make them as believable as possible.

Marko’s investigation in The Reflecting Pool leads him to a terrorist group that has targeted the White House, a White House that doesn’t want the murder of the young woman found in the reflecting pool to be investigated. His investigation also takes him to the slums of DC where he interacts with competing gang bosses feuding over the shipment of illegal arms. He has to operate overtly as a homicide detective while covertly trying to thwart an assassination. He finds that his own life is at risk. As the plot heats up, the two major threads and their settings become intertwined.

Washington DC proved to be the right setting for The Reflecting Pool and for its sequel, Headshot, to be published in December, 2021. In Headshot, I had the opportunity to write about two other aspects of Washington: the world of diplomacy and state visits and the world of professional theaters, two worlds I know well. Headshot also gave me the opportunity to set a pivotal scene at the Lincoln Memorial. The visiting prime minister of a Balkan country whom Marko Zorn has been tasked to protect is being feted at a large formal gathering there. This makes her a target for a ruthless assassin and political rivals who wish to see her dead.

With its many complexities and contradictions, Washington DC became an important character in both these narratives. I have just started to tap its possibilities as I have now begun the process of developing a new Marko Zorn story. I am following in the footsteps of dozens of accomplished and hugely successful thriller writers who selected DC as their setting and used it in creative, clever ways to produce page-turning works of fiction. Their names and book titles are too numerous to mention, but here are some of my personal favorites: The Hunt for Red October by Tom Clancy; The Pelican Brief by John Grisham; The Silence of the Lambs by Thomas Harris; The Enemy by Lee Child; Absolute Power by David Baldacci, Deception Point by Dan Brown, The Lost Symbol by Dan Brown, Along Came a Spider by James Patterson, Clear and Present Danger by Tom Clancy, Lincoln in the Bardo by George Saunders, and Winter of the World by Ken Follett. 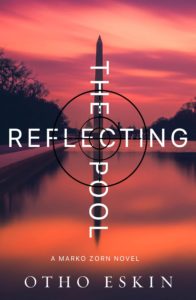 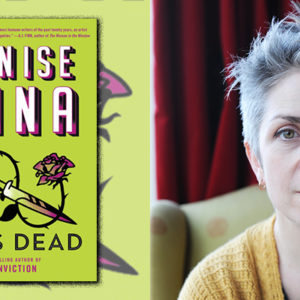 While it was Denise Mina's historical crime novel The Long Drop that first got me hooked on her writing, the Scottish writer's...
© LitHub
Back to top