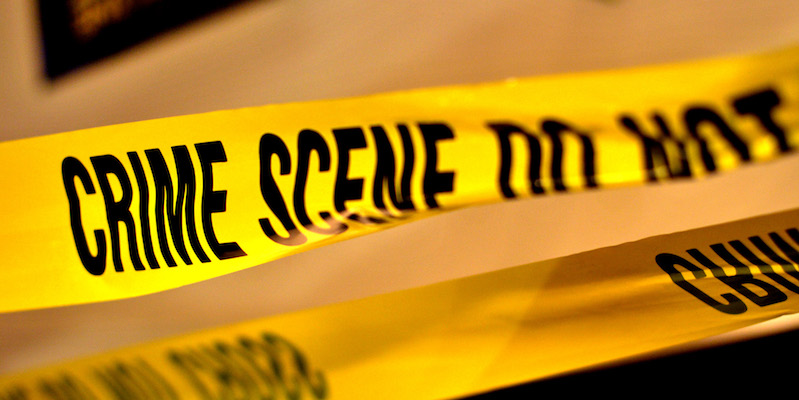 My First Day As a Crime Scene Cleaner

On Hauntings, Murder, and the Terrifying Blankness of Erasure

“I’ll take care of the blood,” said my boss after I’d clocked in for the morning. I didn’t fully register what he had said until he added, “You haven’t had your shots yet, and we’re cleaning up a crime scene today.”

You need to know that when I walked into this crime scene, I wasn’t some jaded crime scene cleaner. It was my first time, and I didn’t even sign up for the job. I had been working for a few months for a small disaster restoration company. We came in after fires and floods to assess and clean up damage. But the day-to-day wasn’t even that dramatic. We mostly cleaned carpets for pet owners. And, apparently, on rare occasions, we got called in to sanitize crime scenes.

The location of the crime was terrifying: A middle-class house in a middle-class neighborhood in northeastern Maryland. It was everything I was comfortable with in life. Yet that normally unassuming home hid horror behind its inoffensively colored siding and blind windows sealed shut with small swatches of yellow crime scene tape.

I immediately thought of the place as haunted. In the stories, violence and death is how houses become haunted. Sometimes a single act of violence can transform the dumb studs and plasterboard of a house into a haven for the sinister. The strange nonfiction-fiction of the Amityville Horror story begins with the death of a family. As does Susan Hill’s Eel Marsh House in the novel The Woman in Black.

Sure, haunted house are sometimes “born bad,” to borrow from Shirley Jackson’s The Haunting of Hill House. But even Hill House announced its “badness” with the death of the builder’s wife when her carriage overturns minutes before she is to see the house for the first time. The same in Anne Rivers Siddons’ remarkable The House Next Door, when a new house establishes itself as evil with a death at its first housewarming party.

Inside, we met the family of the victim. They quickly pointed us to where we could both do our job and get away from them…the master bedroom. There was no dead body in the room, of course, despite some part of me irrationally believing there would be. At this point, the scene had been photographed and documented, the evidence gathered, the trial conducted, the murderer given life in prison, the body buried. We were there to scrub the rest of the physical traces of the tragedy out of existence so that the family could sell the house and move on.

My boss pulled out the box cutter he used to excise moldy sections of drywall, pressed his knee into the top of the mattress, and methodically cut the blood stains out in neat squares like he was slicing a piece of cake for a birthday party. Those pieces and then the rest of the tainted mattress went into a bright red biohazard bag. He then did the same to carpet, sticking the blade of the box cutter into the slithery trail of blood stains that lead to where my job was, in the master bathroom.

I was cleaning fingerprint dust from the white sink and counter. The black powder was as slippery as mercury when I chased it around the smooth porcelain with a rag, so I exchanged the rag for one of the chemical sponges we used for fire damage restoration. It worked like a magnet for soot and, apparently, for fingerprint dust as well. I wouldn’t learn until later that I was cleaning inches away from the rack that held the towel that contained the murder’s DNA and was used as evidence against him at trial.

After that I went to the laundry room to wipe more fingerprint dust off the washer and dryer. The murderer had washed his clothes after killing his victim. She was bloody on the bed upstairs, he was choosing between delicate and heavy wash cycles downstairs.

However, during the actual cleanup, despite what I had thought outside, the place didn’t feel haunted to me. It didn’t feel anything to me. Cleaning up the murder scene felt exactly like what it was: cleaning. Removing stains and dust and leaving behind a fresh room ready for company. It was almost a mundane job.

But after it was over, it shocked me to see the empty bedframe and the raw wood where carpet had once been, the sparkling sink and the spotless machines in the basement. Like all the blood and evidence had dissolved into the wood and metal and porcelain. Like we had rubbed it into the bones of the house instead of scouring them clean of it.

Now the house felt haunted. Like we had just released its ghosts ourselves.

In haunted house stories, there’s invariably a scene when the people who have moved into the haunted house need to know more about the house’s history. They check the Internet, microfiche newspapers at the library, dig into the forensic files of the local police. They often find crime scene photos.

In removing the blood and the fingerprint dust of the crime scene, my boss and I somehow seemed to emphasize the act, the way black redactions make top secret documents look more important, the same way a ghost can emphasize certain parts of the life of the person it represents.

The crime scene photos serve a practical purpose. The original act of violence is rarely recorded, but the aftermath always is. When it comes to haunted house stories, those photos also serve as physical, visual connections to the source or demonstration of the haunting. Here is evidence that violence happened in this house. The victim laid on a rug on these exact boards beneath our feet, near this bloodstained window that also still exists. The molding hasn’t changed, the room dimensions haven’t changed. The paint on the walls might even be the same. At the very least, all the architectural elements in the crime scene photo remain. What’s gone is the forensic evidence and, in our case, the mattress and the carpet.

In Stanley Kubrick’s The Shining, the film never once flashes back to the previous caretaker of the Overlook Hotel running through the house with an axe or hacking his family to death, despite the parallels happening with Jack Torrance and his family. But Kubrick did show the crime scene, with rapid, shocking shots of the dead twins lying beside the murder weapon in the red-splashed hallway. The empty hallway seconds later is just as shocking for being the same hallway. Like the twins had dissolved wetly into the walls and floor, and then started haunting it.

In the crime scene that my boss and I were cleaning, the “detective story” parts were solved. It was an ugly, meaningless act of violence that wouldn’t even get a mention on today’s flood of true crime shows. They know that the victim talked with the murderer at a bar. They know the murder followed her home. And they know he sexually assaulted and murdered the woman in her own home. They caught the murderer. They convicted and imprisoned him. He’s still in jail today.

In removing the blood and the fingerprint dust of the crime scene, my boss and I somehow seemed to emphasize the act, the way black redactions make top secret documents look more important, the same way a ghost can emphasize certain parts of the life of the person it represents.

Before we left, we finished the last part of the job, scraping the crime scene tape off the outsides of the windows so that the house could open its eyes again and come to life. 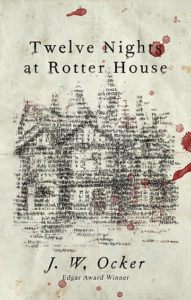 J.W. Ocker is the Lowell Thomas- and Edgar Award-winning author of macabre nonfiction, spooky kid’s books, and horror novels. His latest book, Twelve Nights at Rotter House (Turner Publishing), is a haunted house novel about two horror fans who seal themselves into a haunted house for two weeks. Ocker is from Maryland but lives in New Hampshire. Visit him at oddthingsiveseen.com.
http://oddthingsiveseen.com 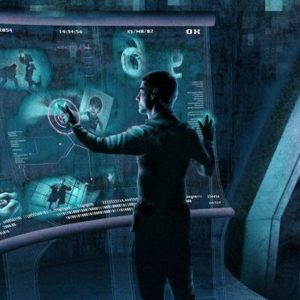 I grew up on a steady diet of science fiction stories. Our library had a paperback book exchange program in the basement,...
© LitHub
Back to top