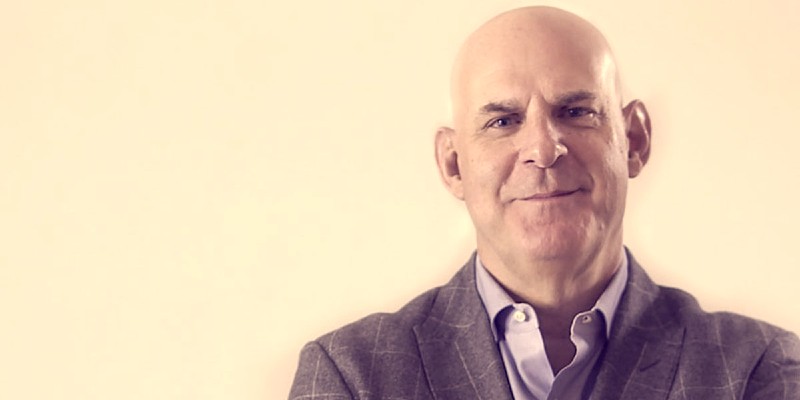 How Harlan Coben went from guiding tour buses in Spain to writing blockbuster novels that the French (and just about everyone else) can't get enough of.

Don’t you just want to hate a successful novelist who never took a creative writing class? None. Not one. Not even an English course in college?

Well, there was that one class in Shakespeare, if that counts.

Yet the world loves Harlan Coben, with more than 30 novels published along with television, movies and multimedia deals under his belt.

And for all those writers who have struggled to find an agent or publisher, there’s yet another reason to hate him. Coben never set out to become a novelist. He was a poli sci major who played basketball at Amherst, a liberal arts college in its truest sense where students pick their curriculum and where prerequisites are an afterthought.

His summers were taken up working in the family travel business, not writing. His vision was to either go into the family business or become a lawyer.

Writing wasn’t in his future.

The summer before his senior year in 1983, he worked as a tour bus guide in Costa del Sol, Spain, helping older Americans traveling overseas while his mother and grandfather ran the business back in the states.

When he returned for his senior year at Amherst, he thought he’d like to write a novel about his experience. So he did. It was bad.

“It was self-indulgent,” he says. “I think that happens a lot with first novels.” But, he adds, “It was a great learning experience.”

So much so that he kept writing. “I think I almost caught a virus—the writing bug. I’m not sure I enjoyed the process. It just becomes something you have to do.”

He was driven by his love for page turners. Marathon Man, and The Shining, were early influences. “I just loved books that you could not put down, so I set out to try one and that wasn’t very good either.”

On his fourth try, he wrote Play Dead, a thriller about a famous athlete who goes missing while swimming in the ocean off Australia, leaving his fashion mogul wife devastated.

“So I wrote Play Dead, and I didn’t know anybody. Didn’t have an agent. Didn’t have a publisher. I’d just graduated from college,” Coben says. He was considering law school and got accepted. But deferred twice and decided not to go.

But during his freshman year at Amherst, he was friends with the resident counselor in the dorm next door, Kathleen Murphy. After graduation she was working for British American Publishing, a small mainstream imprint. “She was the only person I knew who had any insight at all. I sent her the manuscript and asked her what I should do with it.”

“I was hoping she would know an agent who could help.”

Instead, she passed it around the shop and it just so happened British American was looking to expand its market and was considering a move into fiction.

“When I got that call, it was the happiest day of my life.” The call accompanied a $1,500 advance and contract for a second book.

He earned his advance quickly, but the total sales numbers were “super small.” But it did sell in four or five countries including England. But in the end, “I didn’t do any business that anybody noticed.”

British American was an imprint of the Paris Review, which was distributed by Simon and Schuster. So even though young Coben’s sales did not light the literary world on fire, he was quickly invited to parties at George Plimpton’s New York home and rubbing elbows with the city’s literati.

“I really started with the most modest ambitions as a writer. I never dreamed I’d make a living as a writer…I recommend that kind of ambition. If you realize one goal, then try for the next.”

“I just kept going and the career worked out far better than I ever thought.”

Play Dead, like his later novels, has its share of unexpected plot twists, something that has become his trademark. “I will take various ideas that have nothing to do with each other and see what they have in common. That explains why I have a lot of twists.”

“So I put all of those things in a blender and see if I can make something out of them. The twist usually occurs to me as I’m writing.”

And remember he does this with no formal training. “I’m self-taught. The best way to learn writing is to read.”

Coben writes in chronological order, rewrites almost every day and rereads what he wrote the day before. Rewriting for him is all about the dialogue and language. “It’s almost never changing the plot.”

“Since I go back and reread every day…by the time I write the end…it’s done. I’ve rewritten so often in my head, the end is rarely a day or two to draft and rewrite. I do think you work at a subconscious level.”

During this time, he says, “I’m rude company. I’m always thinking about it…I drift off a lot.”

He writes one book a year and works on only one at a time. “I don’t have an idea for two books ahead. I have no idea what I will write next…Writing’s never been easy. Every day is always hard.”

Play Dead went out of print for a while and Coben was happy about that. Now that he looks back on it, he doesn’t think it was his best work. A first novel? Really? But then the French discovered him years later when his breakout novel Tell No One was published. A French publisher asked if it could reissue Play Dead along with several of his other older novels. Initially, he said no. “They really wanted play dead. They offered me a ridiculous amount of money to do it.” Coben relented on the condition he be allowed to put a letter in the front of the book explaining it was his first.

If you compare Play Dead with his later work, you realize that while it is a very good novel for any other accomplished novelist, it is not up to Coben’s later standards. He has upped his game with every new novel.

“I always think the current book is the best thing I’ve ever written.” And so it was at the time with Play Dead.

Today, his novels have more wit, flair and intelligence. His dialogue sparkles as wickedly as if it were coming from characters imagined by rhetorical virtuosos Dashiell Hammett and Lawrence Block.

Coben appreciates his success today, but he doesn’t forget his beginnings with Play Dead and the years that followed with limited success. He even wrote about it in a New York Times piece describing one lonely Thanksgiving weekend sitting for hours at a Walden Books hoping to sign copies of his latest book. No one showed up.

“I learned how to look busy.”

One customer came up to him asking where the Stephen King novels were. Another asked directions to the men’s room. Finally, an elderly man asked if Coben was signing his own books and hung around to talk to him.

“Man, you’re lucky,” the man said, and walked away without buying a copy.

Contrast that with his success these days and a book signing in France that went on for seven hours. No one was asking him for directions to the men’s room that day.

The key to his success is Coben’s work ethic, which was apparent from the beginning with Play Dead.

He refuses to settle for mediocre, so he works it until it dazzles. “I’ve never written one I thought was a klunker.”

So while many may hate him out of jealousy for his enormous success today, he’s the first to admit it wasn’t easy. What he doesn’t tell you is how hard he worked to achieve it, which is how he got to the point where he always thinks his latest novel is his best.

In the end, readers have to love him for that. 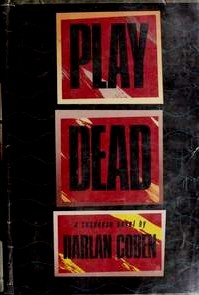 Age when first published: 28, accepted when 26

Inspiration: William Goldman’s Marathon Man. You could put a gun to my head and I wouldn’t put this book down. 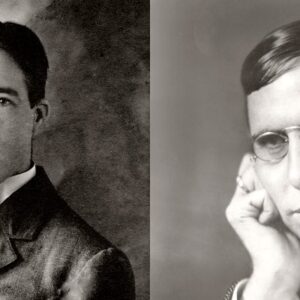 LR Dorn is the pen name for Suzanne Dunn and Matt Dorff. Their debut novel, THE ANATOMY OF DESIRE (May 11), is a modern reimagining...
© LitHub
Back to top