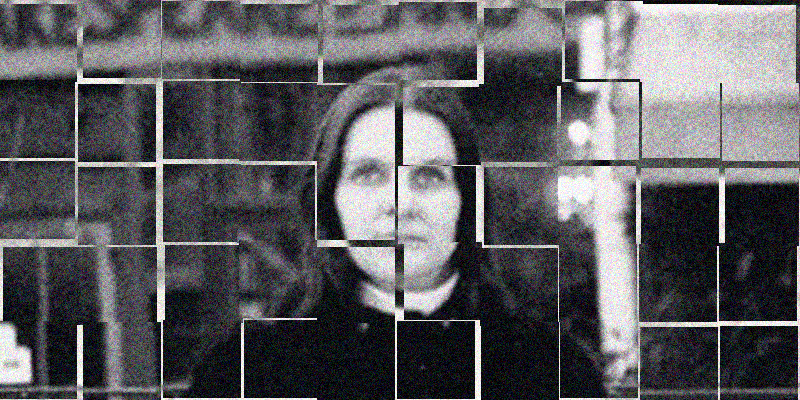 Orania Papazoglou, aka Jane Haddam, was a complicated woman who wrote about complicated people.

When someone asked me if I could write a fifteen hundred or so word essay about my mother and her final work, I said yes. I mean it’s obvious really, there’s no other answer. And at the time, I was kind of excited about it. A little daunted, because it meant sort of poignantly reminding myself that she’s gone, but it sounded like such a great idea. And then, of course, I realized that it’s a lot, LOT harder than I thought it was going to be. Because in the end, Orania Papazoglou, aka Jane Haddam, was probably one of the most complicated people I’ve ever encountered in my entire life.

And then I realized that’s exactly what I ought to be talking about. 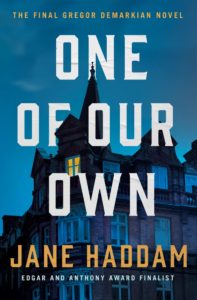 There is no simple way to talk about my mother. As I said before she was an incredibly complicated person. She was always better at catastrophes than ordinary life, completely level headed in a house fire but going to pieces if she stubbed her toe. And sometimes you just couldn’t tell what she’d suddenly feel totally competent to handle. You couldn’t tell what she’d want to watch, either. One afternoon she would be desperate for remains of the day, the next she would insist on schlock horror from the sixties, particularly if there was a giant bug of some type in it.

And if all of that sounds fairly average, well its only to examples out of the vast ocean of strange contradictions that made up her personality, an I ocean I never really fully understood despite literally knowing her my entire life. I don’t know maybe everyone’s like that once you get to know them a little better, but I’ve never gotten to know anyone as well as I’ve gotten to know my mother and my brother. But in attempting to sort out how to discuss all of that in a short essay, it struck me that sorting it out isn’t the point. Its existence is the point. Because in the end, that is the central thesis of every novel my mother ever wrote, and the Gregor Demarkian series in particular. That people are more complicated than you think they are.

Those who read the previous novel already know what I’m talking about. It was the key to the whole solution in that book. Things happening under the surface, complexities in the minds of people we thought we knew and could predict. Arguably that’s a part of every mystery, but if you go back over mom’s books—and I absolutely recommend you do—you’ll find it everywhere. Not only in her solutions, but in every single thing that happens. It’s the driving force behind every word of fiction my mother ever wrote. And conversely, so many of her villains—and her books do usually tend to have villains, although not always or even usually the same people as the murderer—are dedicated to just the opposite. Mom’s villains want the world to be simple. They want people to be simple, or they think people already are. And they are, of course, wrong.

A lot of strange things happened when mom got diagnosed with the cancer.

The cancer wasn’t even why she went into hospital, at least they don’t think so. She’d been having increasingly worse mobility problems for a couple of years by that point, but all of a sudden we reached a day where she could barely stand, even with me helping her. When we got her to the hospital it turned out she had a condition I will not attempt to spell here that had essentially been fkushing everything useful out of her system before it could reach her bloodstream, and she was suffering from multiple vitamin deficiencies. And then of course they found the lump in her breast while they were checking her, and it turned out to be stage 4 metastatic breast cancer.

It took her a few weeks to get home, they had to send her for physical therapy to learn how to use her legs again. And when she came home she had a walker. But mom was…well, mom. After that she managed to teach another semester, and get started on another book. It wasn’t a new idea that popped into her head while she was in the hospital, she’d been chewing on the idea for a couple of years now ever since she finished Fighting Chance. Both the class and the novel took some doing from everyone in the house really. Mom still had trouble getting around, and keeping her medications straight. Not to mention getting to and from oncology appointments.

I don’t know how well it serves mom’s legend that things were going so well at first. The hormone pills they gave her were working, and even though the side effects laid her out a couple days a week at the sweet spot in the cycle she was doing better than she had been. Eventually though the hormone pills stopped working, and she was changed over to chemo. But then the chemo was working, working almost astonishingly well in fact, and we all knew the cancer would kill her eventually but the doctors were talking about years in the future, and it all seemed so far away.

And then one night it suddenly wasn’t anymore.

I was helping her upstairs to bed when her arm snapped. I still remember that noise with a kind of horrifying clarity, as well as the ugly bag-of-rocks sound it made when she tried to move it after. No one was ever actually sure why it broke, thought they suspected the cancer and an unlucky angle. We got her out to the hospital, and eventually they found what looked like a bleed in her brain. I’m skipping a lot here, complications in getting her admitted to the hospital, arguments with administrators, a particularly awful attempt to take her home with the broken arm that failed miserably. But after three days in a bed in the emergency room and every test the doctors could run they found the bleed, which turned out to be a tumor trying to form in cells that aren’t actually strong enough to support a tumor. The cancer had spread, however mildly, to her brain. She was admitted immediately, and never came back to the house again.

For those unaware, chemo doesn’t work on the brain. The chemicals apparently never get there at all. That meant they had to do radiation therapy, because brain tumors take precedence. And since it’s not safe to do both at the same time, they had to stop the chemo that was working so very well on the rest of her body. Things spiraled out of control after that, she ended up needing a surgery for another complication that came up, and in the end yet another complication proved that “at least a year” everyone thought she had turned out to really be just a couple of weeks.

And now I’m sitting here trying to figure out what to say about it. Do I talk about the determination it took her to teach a class and get another book done? Do I talk about the way I had to badger her into getting the chemo because she was afraid of side effects? Or do I talk about the time our Uber home from the school was late and my mother—in her late sixties, with a cancer riddled body—absolutely insisted on sitting out in the rain because dammit she called the car and she wasn’t going to miss it now? Because I don’t think any of those tell the whole story, and I don’t think the story is complete without them. Because mom was more complicated than you probably think she was even now.

And that’s what you’ll get in One Of Our Own. A lot of people who’ve read it talk about how it highlights the importance of community, and that’s in there sure. But what’s at the center of every single book my mother ever wrote is the them I’ve hammered on for the last page or so of human complexity, and I honestly think this might be her finest work. Because people are going to surprise you in this one, but surprise you in ways that make perfect sense. Characters will not suddenly turn out to be secretly different they’ll just make you look at a part of them that was there the whole time, you just hadn’t been paying attention. Because like my mother has been trying to tell everyone for decades they—like everyone else in the world—are a lot more complicated than you think they are. 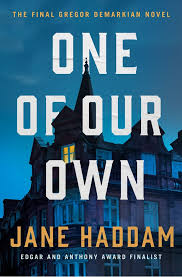 Matthew DeAndrea is the product of a creative environment, his mother being Orania Papazoglou (Jane Haddam) and his father being award-winning author William L. DeAndrea. He currently lives in Connecticut. 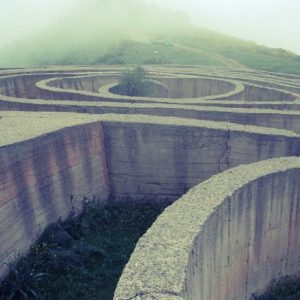 Growing up in Staten Island with two older sisters and a 5-foot tall Italian mother, I learned very quickly that the power...
© LitHub
Back to top