What my fascination with Aileen Wuornos taught me about the strange relationship between violent offenders and their many fans.

I once befriended a serial killer—but I was not your typical fan. Like the late, great, Ann Rule, who wrote about Ted Bundy, I was, and still am haunted by my relationship to Aileen Carol Wuornos.

What drew me to her side was my desire to educate her first jury about how violent prostitution is and how routinely prostitutes are verbally degraded, death threatened, beaten, robbed, tortured, and often killed. They are the ones whom male serial killers target. Very few prostitutes are ever able to fight back in self-defense to save their own lives. I got involved with Wuornos because of the issues raised by her case. I organized a team of experts for her first murder trial; none of us were allowed to testify.

I spoke with her many times, we corresponded, and I interviewed her in person, and I’ve now written a book: Requiem for a Female Serial Killer.

I do not think of myself as a fan of serial killers—I wanted Wuornos to receive a fair trial—but in truth, I did admire a beaten-down woman who was meant to die a horrible, anonymous death, but who, in a struggle for her life, turned on her tormentor and killed him. What happened after that is another story and it’s right there, in Requiem.

Like other feminists and academics, I saw her as a quintessential American outlaw who pried the world’s imagination wide open by shooting down seven male authority figures, including former police officers; a Badass, gun-toting lesbian prostitute who became a notorious legend. Like other serial killers, she was proud of her fame and boasted about having “made history.”

However, there are people, mainly teenage girls and women, who become obsessed with male, not female, serial killers. They write to them, send them money, Valentine’s Day and birthday cards, as well as marriage proposals.

They are turned on, in every sense of the word, by Very Bad Boys. I call this the Heathcliff Syndrome. Fairy tales, novels, and movies have all glamorized male anti-heroes, gangsters, bank robbers, con artists, mass murderers. Perhaps such women believe that they can tame that Monster, maternally protect that once-abused little boy.

I think such fans are also sexually and psychologically excited by vicarious danger, even evil. They are voyeurs who remain at a safe remove. They feel close to a man who has raped, tortured, and killed girls, boys, and women (Ted Bundy, Jeffrey Dahmer, Richard Ramirez), but they themselves are not at risk. Their very Bad Boys are behind bars.

This is why male serial killers make such excellent boyfriends. They cannot cheat on them. And the female fan does not have to cook, clean, or do their laundry.

Their very Bad Boys are behind bars…They cannot cheat on them. And the female fan does not have to cook, clean, or do their laundry.

There is another component. Serial killer fans want a “hit” off their fame. It is the serial killer’s celebrity that attracts female fans. This is not surprising. Popular culture worships celebrity and increasingly confuse it with achievement or excellence. Thus, fans believe that if you’re close to someone famous, that you’re somehow, important, witnessed, envied.

Heterosexual women believe that they will derive the most power through a man, preferably a rich man, but a celebrity will do.

There is yet another reason that women are fans of male serial killers. Imagining transgressive sex allows them to feel “sexual,” i.e. overcome by brutal, male force. Although passive, they are pleasured, and remain innocent of their own unacceptably aggressive sexual desires. This used to be known as a female Rape Fantasy. However, a rape victim cannot be blamed for being raped because she may secretly entertain a rape fantasy.

Yet another reason: To the extent to which serial killer fans feel “different,” “odd,” “deviant,” or are socially isolated loners, perhaps they identify with killers who are really different. Perhaps, unconsciously, a fan feels vindicated, or experiences a vicarious revenge, by identifying with a serial killer who blew everyone away, perhaps including those who once bullied and rejected their fans.

Most female killers in jail rarely get letters or marriage proposals. Many are battered women who have finally killed in self-defense and who routinely receive long sentences, not parades.

Wuornos’ earliest “fans” were the media—journalists, au­thors, and filmmakers who wanted exclusives on a new kind of evil. They interviewed her for newspapers, books, and documentaries and fictionalized her crimes in multiple movies, including a Hollywood version (Monster) in which Charlize Theron impersonated Wuornos rather brilliantly and won an Oscar for doing so.

Lesbian feminist academics claimed her as one of their own. Many wrote searing articles and chapters about her “narrative,” and studied the ways in which the media “repre­sented” her. The Sisters also marched in the streets “To Free Ai­leen Wuornos.” Activists felt that she did what we could only imagine doing and was now going to die for them.

Grassroots fans were drawn to Wuornos as a woman who was meant to die—but who instead got even, and got famous.

The Last Resort Bar (the one I visited, and where she spent her last night in freedom) now has a large painting of Wuornos behind their bar with a list of the names of the men she killed. The bar claims that business is booming.

Fans take “true-crime destination vacations” by visiting the bar and sleeping in the motel room at the Fairview (now renamed the Scoot Inn), where Wuornos once slept. They can also choose from among 80 online mementos as a way of vicar­iously giving Authority the finger.

These enthusiasts buy her iconic handcuffs-to-her-neck image emblazoned on T-shirts (“I’m With Her”), coffee mugs, greeting cards, hoodies, body suits ($68.00), action figures ($35.00), sweatshirts, earrings, bookmarks—and an authentic “relic,” a ready-to-be wall-mounted memorial plaque with dirt collected from the ground where her ashes had been scattered ($18.00). People were still making such purchases all through 2020 and leaving satisfied comments at Etsy.

Two plays and an opera were written about her.

Popular musicians have been dedicating albums to Wuornos and writing songs about her. For example, avant-garde singer and activist, Diamanda Galas, has often ded­icated Phil Ochs’ powerful protest song about the Death Penal­ty, “The Iron Lady,” to Wuornos. The Lady is the electric chair.

In 2015, the musician Jewel, who has sold more than thir­ty million albums worldwide, released a song titled “Nicotine Love,” about which she writes: “It’s an extremely dark song about a woman who had been sexually abused as a child. She turns to prostitution and ends up getting off on killing men and controlling them.”

In 2018, William Belli, a drag queen performer, released a darkly humorous video titled “Aileen.” Here are some of the lyr­ics: “This song’s about some poor white trash/…And she became a serial killer named/Aileen…/You’re more famous than I’ll ever be so/Yay you, good job, bitch.”

In 2019, Cardi B., a rapper with millions of followers, paid homage to Wuornos by putting a photo of herself, raising her handcuffed wrists to her own neck, Wuornos-style, on the cover of an album.

Also in 2019, Jeffrey Messerole, an award winning folk mu­sician released his song, “Henrietta, Queen of the Highway.” It’s a sweet and soulful blend of country and western folk music.

I doubt that such odes to Aileen-the-Outlaw will stop any­time soon.

Lee is long gone—but she still lives on in my imagination and memory. I titled my book Requiem for a Female Serial Kill­er because this is my way of finally laying her to rest—by me­morializing her life, her deeds, and her death. A dirge of sorts, to mourn what can happen to a girl in this world, a horrifying and pitiful tale with an inevitably sordid ending.

I did not obtain even a smidgen of justice for her, or for any other prostitute who continues to face violence and death every day. Wuornos was far too damaged to be saved; I could not save her, we could not save her, she was beyond earthly salvation.

Yes, I know she was a raging drunk, a foul-mouthed, obnox­ious, unstable, contrarian—and a serial killer as well—and yet, now that I more fully understand what rape and prostitution can do to an adolescent and to a woman, and what a pitiful­ly damaged child-woman she really was, I have more, not less, compassion for her. 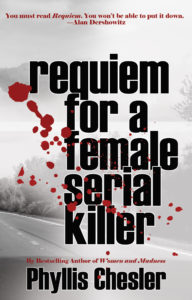 Phyllis Chesler, Ph.D is an Emerita Professor of Psychology and Women’s Studies at City University of New York. She is a best-selling author, a legendary feminist leader, a retired psychotherapist and an expert courtroom witness. She has lectured and organized political, legal, religious, and human rights campaigns in the United States, Canada, Europe, Israel, and the Far East. She has been profiled in encyclopedias including Feminists Who Have Changed America, Jewish Women in America, and in the Encyclopedia Judaica.
https://phyllis-chesler.com/ 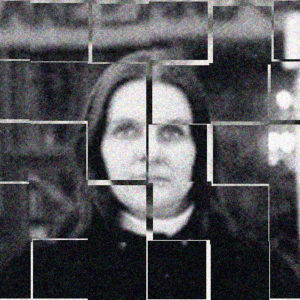 When someone asked me if I could write a fifteen hundred or so word essay about my mother and her final work, I said yes....
© LitHub
Back to top