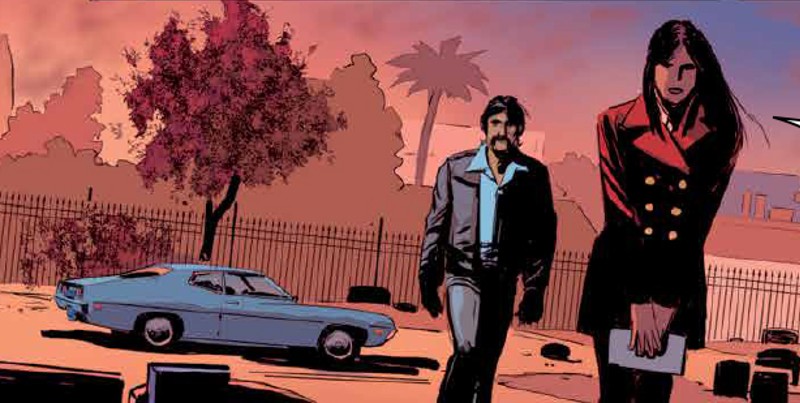 But I keep on writing anyway.

A month ago I launched a Kickstarter for a crime graphic novel (now available on Indiegogo) written by myself and drawn by Peter Krause, with colors by Giulia Brusco, letters by Ed Dukeshire, and design by Tom Muller. It’s a book I’m hugely proud of and the team has done an amazing job bringing the story I wrote to life.

When we were getting blurbs for Blacking Out, I reached out to Betsy Willeford to see if I could get her to contribute a blurb as well. Because she was a former book reviewer, I knew that if she liked the book (and I stressed over that one!) she would have something good to write, but I also thought her comments would be a great Easter egg and nod to crime fans who were familiar with the work of her husband, hardboiled crime pioneer Charles Willeford. And while I cannot claim to be anywhere near the writer that he was—my writing is not as good as his by far—Charles’ work has been a huge influence on my less-than-prolific writing career, but Willeford especially influenced Blacking Out. 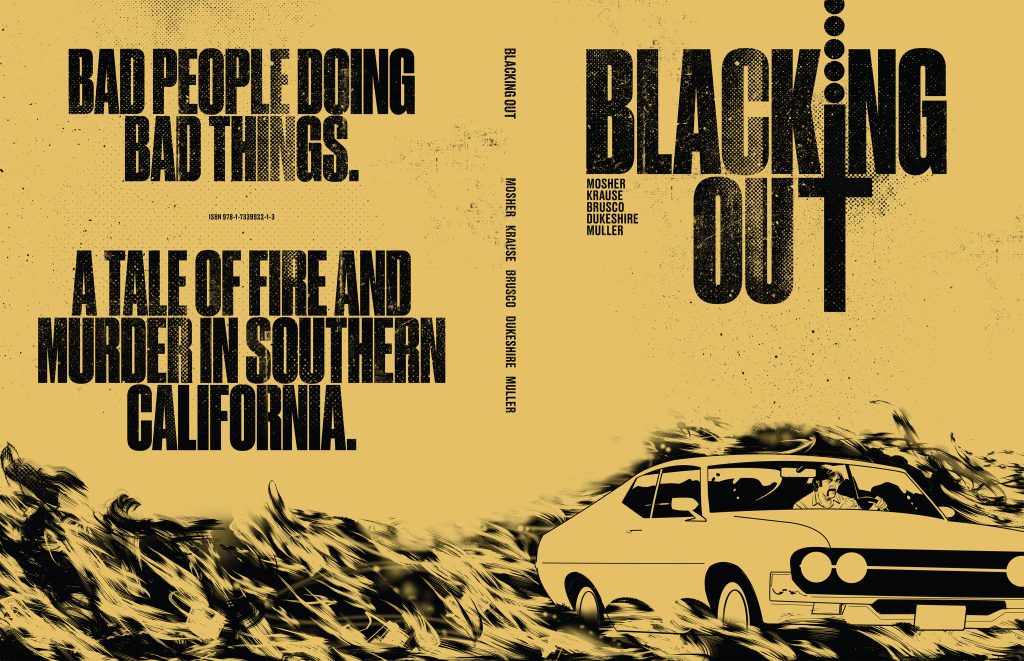 Willeford died in 1988, leaving behind an incredibly varied oeuvre ranging from the hard-boiled to neo-noir crime fiction, from autobiography to poetry. Willeford is most well-known for his Hoke Moseley series of crime novels (starting with Miami Blues) that came out between 1984-1988, with the last novel published right before his passing.

Having started publishing in 1948, Charles was an “overnight success” decades in the making with the advent of Miami Blues in 1984. A 1990 film adaption starred Alec Baldwin, Fred Ward, and Jennifer Jason Leigh. Most people know the movie, if not the book, and less so the other books by Willeford. Before Miami Blues, Charles wrote a book titled Cockfighter that Roger Corman turned in to a movie starring Warren Oates.

About 20 years ago, I picked up a magazine: Cashiers du Cinemart. I don’t recall why I bought it, but there was an article in that issue written by Mike White that sparked my interest in Willeford. After reading that piece I consumed as many of Willeford’s books as I could possibly find.

One Willeford novel in particular struck me: The Shark-Infested Custard. Posthumously published, The Shark-Infested Custard is a brilliant, sprawling crime novel that centers around a group of friends who are all connected by living in the same condo complex for single men and women in the swinging ‘70s. The book starts when the friends place a bet as to who would succeed picking up a woman at the most difficult place: a drive-in theater. So off they go to see who will win the bet. The story devolves from there and includes a scene that is so jarring and shocking, it obviously inspired Tarantino’s Pulp Fiction. (I won’t give it away. Go read the book.)

There is something about Willeford’s worldview—weary, cynical, darkly humorous—that I love. That strikes me as true. Honest. In one of his autobiographies, he writes about being assigned to the cavalry in the late ‘30s before WWII and having to learn how to make war with horses—and the absolute absurdity of that skill set as the mechanization of the military bore down on the world. The humor is biting. I also love his personal essays, especially the one about his hemorrhoid surgery and the horrific aftermath in his self-published book with the amazing title, A Guide for the Undehemorrhoided.

By some quirk of luck, my new neighbor at the time when I was just getting into Willeford turned out to be the person behind the dust jacket design for the new releases. Through him, I was able to meet Betsy on a trip I took to Florida in 2008 with my wife.

It was fun to spend an afternoon gabbing with Betsy about her life alongside her late husband. She and my wife, Kim Krizan—who is most well known as the co-creator of the Before Sunrise trilogy—swapped stories about writing. I got to tell Betsy about running into Curtis Hanson, the director of L.A. Confidential, at our local video store, Vidiots, and bugging him about his pending film adaption of The Shark-Infested Custard (which sadly never came to fruition). Kim and Betsy swapped Alec Baldwin stories. And at the end of the visit, I pressed Betsy to sign my copy of The Shark-Infested Custard. Betsy loved Kim’s stories of Hollywood and said they sounded like F. Scott Fitzgerald’s Pat Hobby stories. Betsy gave Kim her copy of the collection. It’s the kind of afternoon that you can only dream of as a fan and as a writer.

Betsy gave us a great blurb for Blacking Out. Willeford’s sense of humor on the page is amazing and I certainly can’t write funny like he can—not one bit. There are a couple of moments in my graphic novel that make me laugh out loud. These moments are incredibly subtle. I always doubted that anyone else would find them funny. But Betsy replied to me after reading my book, “You have a subversive sense of humor.”

I knew that she would get it.

Chip Mosher is the ComiXology Head of Content and the writer of the new graphic novel, Blacking Out. 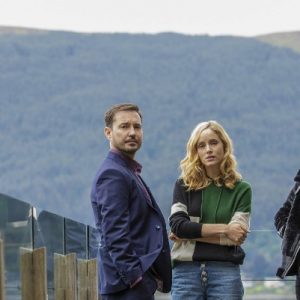 Let's get down to brass tacks. July is not going to be a great month for new crime TV and movies. After production shut downs...
© LitHub
Back to top