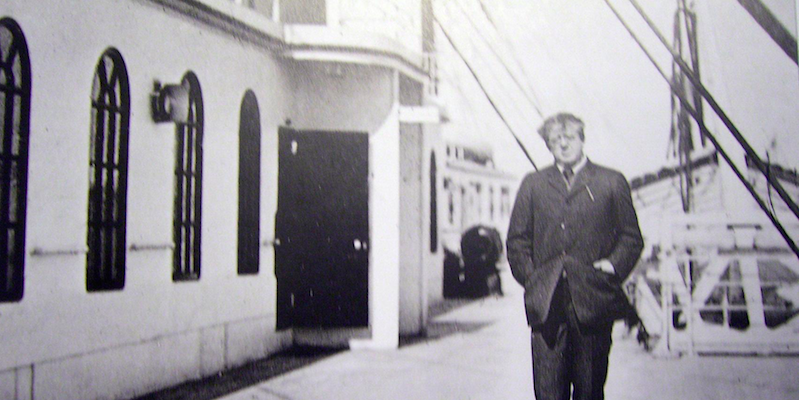 The mystery writer Jacques Futrelle isn’t too well-known nowadays; if he’s remembered, it’s probably for a tragic bit of trivia: Futrelle had a first-class ticket on the Titanic and went down with the ship. He was thirty-seven. During the sinking, he had been offered a spot onboard a lifeboat but insisted his wife Lily May Peele take it, instead. As the lifeboats floated away, he and John Jacob Astor could be seen standing on the deck together, smoking cigars. Neither were ever seen again.

Futrelle was born in Pike County, Georgia in 1875, and trained as a journalist, working for The Atlanta Journal, The New York Herald, The Boston Post and The Boston American, where, in 1905, he published the first installment of a serialized story called “The Problem of Cell 13,” starring a sleuth named Professor Augustus S.F.X. Van Dusen, whose long name was additionally festooned with the titles “Ph. D., LL. D., F. R. S., M. D., M.D.S.” Futrelle’s gambit was that Van Dusen had a reputation as a “thinking machine,” possessing a brain so sound and logical that he could solve even the most impossible conundrums. The story began not with a mystery, but a wager, with Van Dusen intent to show that the human mind could accomplish anything if properly motivated and applied: he bets his colleague Dr. Charles Ransome that he can break out of prison if he’s incarcerated for one week. It’s a marvelous and inventive story, frequently ranked among the best ever written.

Professor Augustus S.F.X. Van Dusen, Ph. D., LL. D., F. R. S., M. D., M.D.S. is commonly considered to be one of the great rivals of Sherlock Holmes; towards the end of the nineteenth century, many detective stories appeared featuring erudite, scholarly armchair detectives and gentlemen sleuths. He acquired the nickname “the Thinking Machine” for being able to defeat the world’s greatest chess champion in a match, after only learning how to play the morning of—he outsmarts his opponent anyway. In his “Crime and the City” column for CrimeReads about the literary history of Atlanta, Paul French noted that it’s been speculated that Van Dusen served as inspiration for both G.K. Chesterton and Agatha Christie.

The Van Dusen stories were circulated popularly in The Saturday Evening Post, and anthologized in book-form, afterwards. The detective would appear in fifty-one short stories and one novel before Futrelle’s untimely death in 1912. Had he been able to write more, I don’t doubt Van Dusen would have been a household name, as much as the like-minded Holmes.

Mrs. Futrelle gave a statement to The New York Times upon arriving to safety: “Jacques is dead, but he died like a hero, that I know. Three or four times after the crash, I rushed up to him in class to be in my arms and begged him to get into one of the lifeboats. ‘For God’s sake go!’ he barely screamed at me as he tried to push me away, but I could see how he suffered. ‘It’s your last chance, go!’ Then one of the ship’s officers forced me into a lifeboat, and I gave up all hope that he could be saved.” Later that year, she arranged for the publication of his final book. But she wrote the dedication, herself: “To the heroes of the Titanic, I dedicate this my husband’s book” 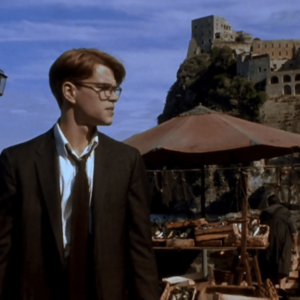 There is a fine tradition in crime fiction where the protagonist finds him or herself dutifully trying to solve a riddle...
© LitHub
Back to top