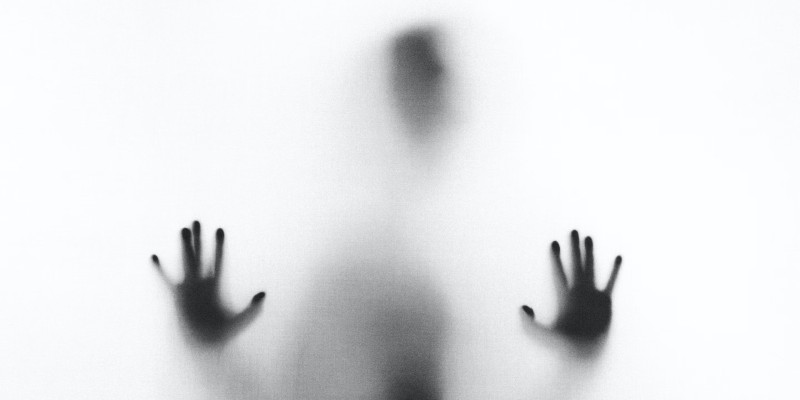 The author considers whether her work as a criminal defense lawyer allows her to more easily move into the minds of killers.

If you were to read my biography on my website or the jacket of my latest novel, The Binding Room, you would learn that I am a Criminal Defence lawyer who lives in London. For almost twenty years, I’ve been defending people who have been accused of crimes that even the darkest corners of most people’s minds would reject as pure fiction. The majority of people assume, rightly or wrongly, that my legal experience would place me in the best position to put me in the mind of a criminal.  I wouldn’t say that they were right, but my legal career has placed me in a unique position.

One of the first things I learnt as a young criminal lawyer was to make sure that I always was the one sitting closest to the door. The point of this simple lesson was obvious. If you were sitting in a small interview room and your disgruntled client decided to ‘kick off’ (as we would say in the UK) i.e. become violent, then you wouldn’t have to be leaping over tables and pushing aside chairs to make a getaway. The second lesson that I leant was that ‘appearances are always deceiving’ and the final lesson was ‘assume nothing’. However, it’s the second lesson, that appearances are deceiving, that I’m going to focus on and which will allow us to fully get into the mind of a criminal or a killer.

As a criminal lawyer, I’m always trying to figure out what would motivate a person to commit the crime of which they’ve been accused. What would trigger someone to act in a way that would ultimately and inevitably lead to their detriment?  Simply pointing at a person and saying, “yes, they’re a murderer because they have the face for it’ isn’t enough. I’ve had clients charged with firearms offences who looked like my grandmother and clients charged with murder who looked no different to the elderly men who sit happily on the park benches drinking their beer in the middle of a glorious London Summer. Nothing is what it seems.  The first mistake that people make is to be fully invested in a one dimensional and cliched image of what makes a criminal. A classic stereotypical view of a killer is always thought to be someone who came from a broken home, killed the family pet, is completely irrational but also brilliant. If you’re unable to get past the violent act that qualifies a person as a criminal, or a serial killer in the case of my new book, then it will be impossible to get into their mind and reach a reasonable and somewhat objective conclusion as to why they’ve embarked upon a criminal path.

There is a saying that every villain is a hero in their story, and that same mantra or rationale applies to anyone who has been accused of a violent act. There is only one way for an alleged criminal to justify their actions and that is if they believe that they are a hero in their own minds. What makes a hero? Saving a loved one? Protecting themselves or another? Or finally putting something right because there has been a miscarriage of justice? Criminals are not made from a generic cookie cutter template. One of the reasons why I enjoyed practicing criminal law was the fact that I could have twenty people charged with, for example, murder, but the circumstances of each case would be completely unique to each individual. Every defendant would have their own backstory or character arc, if this was a novel, and the reason as to why they were standing in the dock would be as distinct and unique as a fingerprint.

Working out my client’s unique story, both personally and the reason as to why they find themselves charged with a criminal offence, is the first step that I make to get into their minds, but what does that say about me as a writer? As a writer of police procedurals, I create villains and scenes that I’ve been told ‘kept me up at night’ and were ‘dark’, ‘grizzly’ and ‘thrilling’ which got me thinking. Is it more than just my imagination that allows me to get into the mind of a killer or am I, and other crime writers, reaching into a deep place inside of us that would have us acting in a similar way to our fictional characters if we were placed in a position where we had no choice? Hopefully I will never have to find out, but the question of having ‘no choice’ leads us to the question of motivation. I’m constantly asking myself the question ‘why?’ when I’m writing from the killer’s point of view. Why would Peter Olivier in my novel, The Jigsaw Man, murder and then dismember multiple people? Why would someone kill the popular pastor, Caleb Annan, in my second novel, The Binding Room? Once I’ve figured out the why, then the next question is, ‘What do they want?’ In other words, what is their end game. Do they want to get to caught or are they simply showcasing their superiority and god-complex? No-one commits a crime or kills for no reason or just to pass the time of day.  I suppose the question we’re really asking is where does the motivation, the intent, come from?

Writing from a killer’s point of view and being in their mind forces us to self-analyse our own behaviour and thought processes. There are some psychologists who have concluded that the ability to kill is due to poor functionality of the pre-frontal cortex of the brain. However, that leads us down another rabbit hole. Is a killer really a killer if the reason for their violent actions is due to poor brain functionality? Can a biological or chemical defect be an explanation for depraved behaviour? If you removed the factor of ‘personal responsibility’ and blame it on biology or chemistry does that give us writers the freedom to create antagonists with no boundaries?  If you provide a medical explanation for Peter Olivier’s violent actions in The Jigsaw Man, then you remove his intent, and in criminal law, you can’t be guilty of a crime if you can’t form the mens rea, or intent. No intent means that your killer is not really a killer.

For me, the violent acts of a killer are not what I find disturbing. What I find disturbing and intriguing in equal measure, is what a killer chooses do after they’ve committed the violent act. The crime itself could arguably be the easy part of the scenario. The act of violence could be due to a temporary loss of control or be the final act in the plan to kill your business partner. We can understand someone picking up a hammer and hitting someone over the head repeatedly as they defended themselves or surprised their business partner, but the next step is what defines a killer. The act of disposing of a body by dismembering it and scattering the pieces in a park or throwing it into a river cannot be explained away or blamed on poor cognitive thinking. The cold and calculated actions of a killer who returns home in time for dinner with his family and reads a bedtime story to his children, or the killer who visits his elderly father in a care home and lovingly cuts his hair or goes back to the classroom to teach their keen group of undergraduates is more disturbing than the act which should ultimately put them behind bars. It is these acts that really make us question the why and try and work out what makes a killer tick. The cold truth is that we’re all capable of murder, but the difference between us and the killers we learn about in the latest true crime documentary is that they are always fully accountable and there is no justifiable explanation for their crimes. 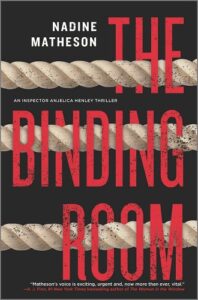 Nadine Matheson is a criminal defense attorney and winner of the City University Crime Writing competition. She lives in London, UK. Her new thriller, The Jigsaw Man, is now available.
http://NadineMatheson.com 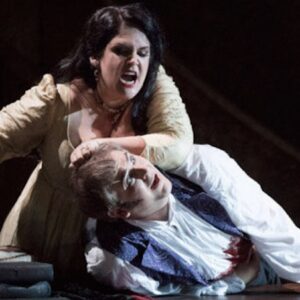 Real life criminals might frighten us, anger us, even disgust us, but one thing they rarely if ever do is bore us. Sometimes...
© LitHub
Back to top