"A natural disaster is the ultimate break in a pattern, presenting novel, ferocious circumstances."

Natural disasters are the drama queens of weather.

They’re inherently terrifying and are accelerating because of climate change—so much so that to call them “natural” may actually be a misnomer. CO2 is at its highest atmospheric level in two million years. The earth now loses 1.2 trillion tons of ice annually. Extreme weather is widely considered to be a direct consequence of climate change and scientists are certain this is the result of human activity. If that’s not enough to frighten someone, nothing is. Is it any wonder depictions of severe weather make their way into art? Particularly art that evokes dread and fear? I hope to explore this concept and examine why a horror story set within a natural disaster works so fiendishly well.

As a baseline, nature themes are nearly omnipresent in horror. The desert in Tremors and The Hills Have Eyes. The sea in Leviathan and Jaws. The woods in too many movies to count. Every story needs a setting, and a unique one makes that story more memorable. Nature sets a tone, provides foreshadowing, then sends an audience signals when things are about to unravel. Consider the dramatically timed lightning flashes in Poltergeist, and how willfully that infamous tree branch bursts through Robbie’s bedroom window.

Nature, the film tells us, will force its way into a suburban home.

It does what it wants.

The environment awakens activity: Werewolves get furry during full moons, vampires stalk exclusively at night. Nature controls the characters, not the other way around. The film Thirty Days of Night is set in sunless, wintery Alaska for this reason. As a side note, a delightful detail in A Texas Chainsaw Massacre is that film’s first image of a full sun. Is there a slicker way to announce the filmmaker’s intention to disregard the rules?

But that’s nature in horror. Natural disasters raise the stakes further. They’re an exponent, an accelerant, an unassailable force that ratchets up the tension.

A natural disaster is the ultimate break in a pattern, presenting novel, ferocious circumstances. And they’re amazing at creating perfect circumstances for fear to emerge.

For starters, they isolate people. Picture the Overlook Hotel in The Shining. The tension building throughout the story wouldn’t be possible without the blizzard cutting off the Torrance family from the rest of the world. The storm removes the ability for others to help, or for the main characters to even signal for help, and forces them to recon with the danger on their own. Sometimes, isolation forces characters to recognize that the most frightening “monster” in a story is human nature itself.

A natural disaster is the ultimate break in a pattern, presenting novel, ferocious circumstances. And they’re amazing at creating perfect circumstances for fear to emerge.

Next, natural disasters obscure the senses and limit mobility. In a way, they’re an extension of the dark itself. Pouring rain makes it more difficult for characters to use their senses— to see, hear, or feel something coming. Monsters and villain frequently use this to their advantage.

And third, they remind characters they are not in control.

Characters don’t exert their will on nature, because nature is nature. It can’t be conquered like a regular adversary. The best characters can do is adapt as natural disasters push them around. And they’re powerful. Fire, water, wind, all create catastrophic damage. They’re timeless, archetypal forces our ancestors had to contend with, and our subconscious recognizes them immediately.

As narrative elements, natural disasters also function extremely well to sequester characters and disrupt communication. They negate modern technology, making survival tactics primitive in a hurry. What traps the research team in Antarctica in The Thing? A blizzard. Isolation is a fundamental fear. Ditto with the dark. When characters can’t see what’s going on around them and can’t call for help, fear escalates quickly.

Severe weather has the power to stop the flow of usual, day-to-day life in its tracks and make every character in the story bent to its demands. Modern technology—location-tracking cell phones that can be used to call for help or look up any information in nanoseconds—complicates storytelling because images of people looking at screens are just not particularly compelling.

That prospect alone may horrify some audience members. 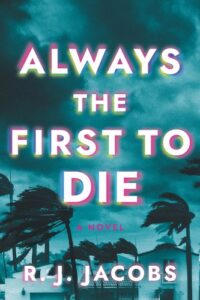 The Murder of Edward Hall and Eleanor Mills: New Jersey's Original "Crime of the Century" 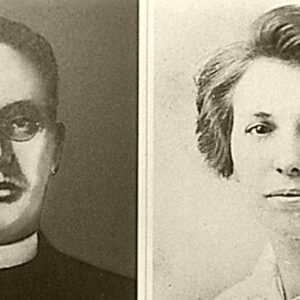 The Murder of Edward Hall and Eleanor Mills: New Jersey's Original "Crime of the Century"

Around seven thirty on the evening of Thursday, September 14, 1922, two nights before Edward Hall’s body was found beside...
© LitHub
Back to top