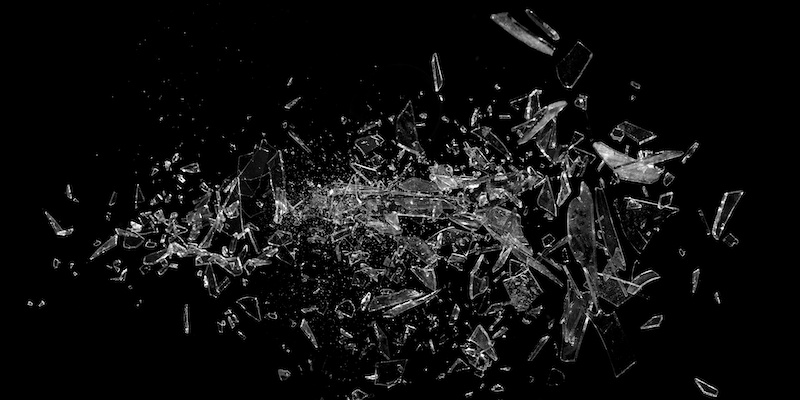 How we speak of violence, what we name it, how we show it, and why it matters.

I’m sitting in a room that has an abundance of plastic flowers. There are two mugs of tea on the glass-topped, round dining table, and the plastic wrap around its wrought iron frame is still unpeeled. I’m in Priyanka’s apartment––one she shares with two other girls. They are escorts, who, not too long ago, worked in a brothel in Shonagacchi, Kolkata’s largest red-light district and purportedly Asia’s too. I’m calling her Priyanka because Priyanka Chopra is her favorite actress. There is a large cut-out of the actress, from her early, comparatively less glamorous days, pasted to the wall next to the door. When you enter this apartment, Chopra, in a magenta saree, welcomes you. Our Priyanka (my host) is telling me about her time in Delhi, where she has been working as a bar hostess. She’s a good storyteller, and skips over the parts that are going to ruin the mood. Sometimes, she talks about her ex-boyfriend, one that fought with her constantly before she took this job in Delhi; he hit her because he loved her so much and sometimes was too hurt to control himself. He always cried afterward. Of all the stories she has told me over the last months, this is the one that makes her the saddest.

The old occultists were right, names do have power. They understood, as did Rumplesiltskin, that knowing the true name of something is to have power over it, the ability to break its spell, to tame it. Of all the advice we routinely got as tweens/teenagers, conjoined with the one that urged us to not respond to solicitations (read harassment) from boys, was the one to not ‘play with a boy’s heart’ (read, change your mind about someone you’re dating). It was the late nineties-early aughts, and acid-attacks on women were endemic. Playing With His Heart could be many things—it could mean getting a balloon full of acid thrown in your face as you cycled to school or getting pulled into a dark alley on your way home. The threat of retribution was always in the air, and the unspoken understanding was that it would be fair, something the girl had brought upon herself.

There was a lot unsaid, but it was understood. At the precipice of teenage, we were unprepared but keenly aware, of all the ways we could be punished because we possessed a certain kind of body. What we didn’t have was language. Words like stalking, child sexual abuse (or plain old abuse, for that matter), harassment, toxic, assault hadn’t entered our lexicon. We lived in a world where there was no such word as consent. There is a special kind of victimization, and I use that word intentionally, where the victim doesn’t have the language to articulate what is happening to them. If to be gaslit is to question one’s own reality constantly, then not to have language to articulate one’s reality is to walk sightless and mute in wonderland. We didn’t have those words, but we had others; ‘taunt’ was used often, mispronounced as ‘tont’. That meant everything from being catcalled, harassed, or mildly stalked. We had ‘eve teasing,’ a variation on the above theme. And we had ‘molest’; that meant assault, or rape, or fondling, or force, or being cornered, being coerced. We didn’t know. We didn’t know the correct way to kiss either, but when the word ‘molest’ was whispered, it meant all of these and something more noxious we couldn’t see.

And still, this was all normal. This was expected. I was told often as a child I couldn’t do something. I still remember the moment I realized that while I was being told ‘no’ now because I am a young child, I will be told ‘no’ later because I’d be a young woman. It was my first reckoning with my circumscription. And this is perhaps the birth of understanding rape culture (also a word unavailable to us then) –– there is so much you cannot do ‘for your own good.’ It was expected that we would be harassed on our way to school, or that the family phone would ring repeatedly at certain times of the day and would either contain long, breathy silences or what was euphemistically called ‘proposals’ when the target of adoration answered the phone. In the 90s and early-aughts, and now, harassing and stalking a woman/girl-child were legitimate courtship rituals, and the more extreme the measures, the deeper the adoration must be.

Article continues after advertisement
No one told us rape could look like not being able to say no.

In a culture that refuses to talk about love, sex, consent, violence, and courtship, Bollywood has for a long time been the primary influencer of how we understand those things. We understood rape because it happened in films; an innocent woman (the hero’s sister or mother) would be raped on-screen, plead, cry, say her tearful piece set to high tragic music, and then she would very often hang herself and thus provide the revv to the narrative engine. No one told us rape could look like not being able to say no. Or being pushed into a corner in a bathroom while you were drunk and sad and groped by someone you trusted who just wouldn’t stop. Or being told by a family member as a child that this was a secret you must keep. Or being married to your rapist, and having your abuse called your marital duty. There was only one kind of rape we were allowed to know of, and it always ended in death for the sake of purity, for the sake of honor. The survivor of rape has run out of story.

In Promising Young Woman, a film that was so triggering I had to leave the theatre, the word rape is never uttered. Neither is the word suicide. Carmen Maria Machado lists the euphemisms that stand in for rape in this brilliant essay. And yet, rape is a curious word––it means at once so much, and so little. Date rape is rape, a quiet ‘no’ is rape, and what happened to Jyoti Singh Pandey and Bilkis Bano is also rape. The thing about rape is that it is never new; it is something we are tired of, something we have seen and heard on TV, cinema, social media, in magazines, and the news. Rape is like the Mona Lisa; you’ve always seen it somewhere before.

There were many things I didn’t know when I started writing my debut novel, Small Deaths. But I realized I knew two things at least––1) I didn’t want to invent tragedy, only things that really happened were allowed to be in the book, and 2) I wanted a little humor, a little grace, a little of the patois and the laughter that the sex workers of Shonagachhi showed me to come through in the telling. The first was challenging. How does the author write sexual violence with authenticity and empathy without making it voyeuristic or worse, gratuitous? There is a certain set of invisible expectations when writing a novel about sex workers in the global south. How does one subvert them?

I truly believe that when survivors of sexual violence write about sexual violence, the lens is different. In my case, that lens narrowed, hyper-focusing on the details of the bed’s headboard, or the pattern of clogged pores on an assaulter’s face. Sometimes all the brain can do is catalog the pains in a rational, detached manner––the lack of breath, the sudden realization that something will bruise and blacken, or that there is no help. There is sometimes no need to spell out what is happening. This is a show we have seen many, many times. What we need is not visuals or a commentary on what is happening, but an understanding of how it is happening, how it is allowed to happen. There is a very large difference between voyeurism and forcing ourselves to watch because the least we can do is bear witness, to record, and to remember. How we watch, and how we write does change the fabric of what it is that we witness. 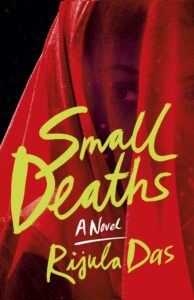 Rijula Das is an author and Bengali-to-English translator. She received her PhD in creative writing and prose-fiction from Nanyang Technological University, Singapore, where she taught writing. Rijula received a 2019 Michael King Writers Centre Residency in Auckland, New Zealand, and the 2016 Dastaan Award for her short story "Notes from a Passing." Her short story "The Grave of the Heart Eater" was long-listed for the Commonwealth Short Story Prize in 2019. Rijula's short fiction and translations have appeared in Papercuts, Newsroom, New Zealand, and the Hindu. Small Deaths, her first novel, was long-listed for the JCB Prize for Literature and won the Tata Literature Live! First Book Award in 2021. It is currently being adapted for television. She lives and works in Wellington, New Zealand. For more information visit www.rijuladas.com. 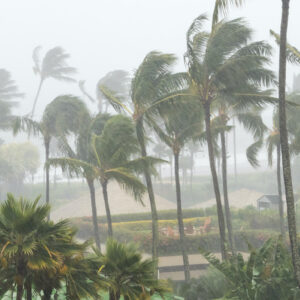 Natural disasters are the drama queens of weather. Actually, that’s not true. They’re inherently terrifying and are accelerating...
© LitHub
Back to top