Neo-Noir on the Nile: Crime Writing in Cairo

Arriving in Cairo is one enormous assault on the senses. Congestion, chaos, craziness—taxi drivers who never remove their palm from the horn, pedestrians with an endlessly cavalier attitude to crossing the roads. The city of ten million sprawls endlessly, much of it looks about to crumble and collapse to dust but then in places the instantly modern butts up against the incredibly ancient. How could a city such as this not have engendered some great crime fiction?

This Crime and the City is going to focus on contemporary crime fiction in Cairo, but first off it’s worth noting some old favorites that reveal a city from the past. Perhaps most crime aficionados begin their relationship with Cairo in the pages of Agatha Christie’s Death on the Nile (1937), which sees the cast of suspicious characters board their cruise steamer at Cairo accompanied, of course, by Hercule Poirot. Unsurprisingly, murder ensues. Christie knew her Cairo and indeed Egypt well: her second husband Max Mallowan was one of England’s most noted archaeologists and she accompanied him on several expeditions to the Middle East. Little remembered among Christie’s phenomenal output is her 1944 novel Death Comes as the End, one of her only historical novels, though still a whodunit, and set in ancient Egypt. The inspiration for the story and much of the detail of everyday Egyptian life 4,000 years ago came from her good friend and close colleague of Mallowan’s, the Egyptologist Stephen Glanville.

The Second World War and Cairo’s position as a British occupied city that was invaded by both the Italians and the Germans has inspired several good novels. Len Deighton’s City of Gold (1992) is set in 1942 when Rommel’s Afrika Corps is closing in and preparing to take the city from the British. Somewhere in the teeming streets and bazaars of Cairo is a Nazi spy and the British must find him. Similar themes are found in Michael Ondaatje’s The English Patient (1992), so well known of course thanks to the movie version that there’s no need to detail the plot here.

But what of Cairo now? The city and a luxury hotel of course form the dramatic opening of John Le Carré’s The Night Manager (1993), updated for the recent BBC television series to be set amongst the demonstrations during the Arab Spring that brought tens of thousands of protesting Egyptians to Tahir Square in downtown Cairo. The political machinations, which saw the downfall of President Hosni Mubarak and his eventual imprisonment, have only added to the tumultuous feel of the city.

British-Sudanese author Jamal Mahjoub writes the Makana Investigation series of novels set in Cairo under the penname Parker Bilal. Makana’s observations of life in the Egyptian capital are detailed. He observes everything so quizzically precisely because he is not a native of the city. Rather, Makana is a former police inspector forced into exile from his native Sudan along with tens of thousands of other Sudanese crowding into Egypt. Makana lives on a rickety Nile houseboat scratching out a living as a private investigator. The Makana series now covers half a dozen books starting with The Golden Scales (2012). The novels each examine a slice of Cairo life. For instance, the second in the series, Dogstar Rising (2013), is set among the vulnerable young runaway children on the city’s streets; The Burning Gates (2015) deals with the presence of looted Iraqi antiquities appearing on Cairo’s art market; City of Jackals (2016) gets close to Makana’s own situation when the dead bodies of Sudanese refugees start washing up on the banks of the Nile. The sixth in the series, Dark Water, concerning refugee Iraqi scientists and rogue bio-chemical weapons, was published this summer and it seems Makana will run and run.

Parker Bilal, who writes in English, has found international success with the Makana series but reaching wider audiences has been problematic for many Egyptian crime writers. In the past decade there has been much talk of a neo-noir literary revolution across the Middle East and the wider Arab world. Stories that challenge authoritarian structures and repressive police apparatuses while forming an identifiable crime writing movement linking everything from the popularity of gritty Moroccan policiers, Baghdadi detectives working with occupying American soldiers, Lebanese-Canadian Rawi Hage’s Beirut-set neo-noirs, and even the Tel Aviv procedurals of D. A. Mishani in Israel. Egypt is also part of the Arab neo-noir movement, but hard to find in English translation.

Ahmed Mourad is available however—at least his neo-noir Vertigo (2007) is. Mourad has had perhaps one of the stranger career trajectories of a successful crime writer. Now a well-known novelist and screenwriter in Egypt, he was previously disgraced President Hosni Mubarak’s personal photographer! Vertigo is the story of a society photographer who witnesses a murder among Cairo’s bright young things in a city nightclub. It’s a murder story but also a contemporary political thriller and raises questions of police intimidation and brutality written just before the demonstrations at Tahir Square. Vertigo also became a successful Egyptian TV show. Mourad’s third novel The Blue Elephant (2012), another unsentimental neo-noir, also became a hit movie in Egypt. Sadly it has not yet been translated into English despite being a massive best seller in Egypt and the Arab reading world.

Mourad has found success in his home country and region. He was nominated for the International Prize for Arabic Fiction for The Blue Elephant. But he hasn’t spawned a slew of imitators. Asked a few years ago why crime wasn’t a more popular genre for Egyptian writers Mourad replied that it was a relatively new form of writing in the Arab World (ignoring the crimes that occur in A Thousand and One Nights) and not much understood by critics. Not that imported crime fiction hasn’t been popular for a long time: Arab language translations of Maurice Leblanc’s Arsene Lupin novels appeared in Cairo in 1910; Conan Doyle was translated soon afterwards. Around the same time in Cairo a convicted thief and former prisoner called Hafiz Najib started writing detective fiction—22 novels in total and all very influential and popular, but none have been translated into English.

Perhaps Cairo crime fiction is more obviously flourishing in the sub-sector of graphic novels. Magdy El Shafee is the star of the graphic novel community in Egypt. His debut work Metro: A Story of Cairo in 2008 certainly proved that graphic novels can touch raw nerves.  El Shafee, and his publisher, were arrested on publication day by the Mubarak regime. A lengthy trial and a hefty fine followed. Yet here we are a decade and an Arab Spring later and Metro is still virtually impossible to find in Egypt. Why? Metro is the story of a young computer genius who uses his hacking skills to rob a bank, then is pursued through the city’s metro system and across its various districts. But it’s the surrounding cast of characters that got the regime so stirred up—corrupt politicians socializing with fawning businessmen, crony journalists and brutal cops. There’s also a scene with a couple having sex—albeit under a blanket—that was cited to substantiate the charge of “disseminating immoral and indecent materials.” Though still hard to find in Egypt Metro has been translated into English, Italian and French. El Shafee has apparently inspired a younger generation of post-Tahir Square Egyptian graphic novelists, many of whom are specializing in the crime and the neo-noir genre.

But not everyone sees Cairo life this way. M. M. Tawfik is a Cairo writer who creates bizarre fantasy worlds among the back streets, tower blocks and slums of the city. His 2008 novel Murder in the Tower of Happiness embraces many elements of the cozy crime novel as, after a murder, we meet the rather oddball characters who inhabit the luxury high-rise. But even here, underneath the somewhat cosy mystery and the fun characters in the novel, there is also some social commentary on modern-day Cairo, just not enough hopefully to attract the censors.

Let’s finish on one last Cairo novel—not strictly a crime novel but a novel about a criminal, Sonallah Ibrahim’s That Smell (1966). Supposedly autobiographical and considered a modernist masterpiece from the Arabic world, That Smell follows a nameless narrator, recently released from jail, through the streets of Cairo: visiting former lovers, smoking aimlessly, seeing the city with fresh eyes, but still under a form of house arrest. We see a Tahir Square with sewers overflowing into it, the musty crowds in the metro, chain smoking in the cheap seats at the cinema—those smells of the city. Ibrahim was a communist who was imprisoned by the government. The book was banned, any copies found pulped. It did not reappear in Cairo bookshops until 1986 and then in a black covered edition printed in Casablanca, safely over in Morocco. That Smell epitomizes the failed politics, the failed urban planning and the failed governments of 1960s Egypt. The novella stands as a description of the minutiae of daily life at street level in Cairo at the time, the city’s teeming underbelly, and deserves to be more widely read. 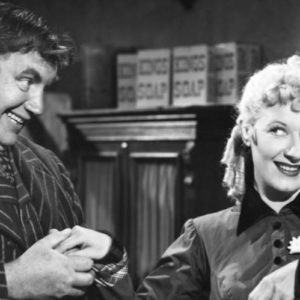 There’s something Paula Hawkins and I have in common. Actually, there are several things—we are both female, British...
© LitHub
Back to top