On Switching Genres and Discovering a New Way of Writing

There’s something Paula Hawkins and I have in common. Actually, there are several things—we are both female, British and in our forties—but, for the purpose of this article, our main similarity is that we both cut our writing teeth on romantic comedies before we turned to crime fiction.

I’m proud of my romantic comedies. One of them—Heaven Can Wait—was published in 14 territories and won awards. The other—Home for Christmas—was made into a feature film. People often assume that amusing, light-hearted books are easy to write, because they’re easy to read, but that’s not true. It’s hard, making people laugh, particularly when you’re tired or in a bad mood. You also have to maintain an almost relentlessly upbeat tone. That’s not to say that you can’t kill characters off.

In my debut my main character falls off a step ladder and breaks her neck by the end of the second chapter (it’s a supernatural romantic comedy) and I sobbed when I killed off a supporting character in my second book. But the one thing you can’t do—and the reason why I had to do a substantial rewrite of Home for Christmas—is go too dark with a character’s backstory. My editor at the time was brutal with me: “You CANNOT have SIDS feature in a romantic comedy.” And she was right, of course. Some topics are strictly off limits for that genre but I’d included it in my character’s past to help explain her personality in the present. When my debut was published some reviewers criticized the fact that my characters were two dimensional. I was affronted. They’re weren’t two dimensional—they were living and breathing (in my head at least). They were real. But I took the feedback and gave the characters in my second book gritty backstories (like a SIDS loss). That would make them more three dimensional, surely?

Back when I was in my late twenties and thirties and bouncing from one unhealthy relationship to another a friend gave me some advice. “Your problem, Cally,” she said, “is that you confuse screwed up with deep.” I was attracted to men with issues because I thought they had more depth to their characters than their happy go-lucky, non-screwed up counterparts.

It took me a while to learn that lesson in real life but it took much less time in fiction. After Home for Christmas was published I had a decision to make. Did I want to want to spend the rest of my career writing romantic comedies or did I want to write something darker, an idea that had been nagging at me for a while? I decided to jump and, in 2014, Before I Wake—my first psychological thriller—was published. In some ways it was the easiest book I’d ever written—it was inspired by my own experience of an emotionally abusive relationship—but in other ways it was the most difficult. In order to make Susan, my main character, a living, breathing real person, I had to become her. I had to feel her fear, experience her terror and make her flaws my own. Writing that book was emotionally exhausting. Not only did I have to relive my own experience but I had to magnify it. I made Susan live through my own worst nightmare—an abusive ex returning to try and destroy her newfound happiness—and by writing it, I experienced it too.

Writing Before I Wake was an experience unlike any I’d had before in my writing career. It was all consuming. Psychological thrillers are relentless—the tension never drops, the suspense increases with each turned page, and the characters live in an almost constant state of fear and confusion. I’d wake in the night, thinking about Susan. She’d speak to me in the shower, telling me what happened next, forcing me to end my ablutions early so I could find a pen and notepad to write it down.

When Before I Wake was published I was nervous. I’d lived almost a whole year ‘as Susan’ and experienced a kind of method writing madness I’d never experienced before. What if everyone hated her? What if… and this really scared me… reviewers said she was a two-dimensional character?

The reaction to that book was almost universally positive and it launched my career in the UK (it was one of the top ten bestselling debuts of the year). I realised that I’d discovered the secret to writing believable characters. You didn’t just throw a difficult past at them and hope it made them appear rounded. You became them.

I used the same technique for my second psychological thriller, The Lie, which is about a group of young women who go to a retreat in the mountains of Nepal and discover that they have inadvertently joined a dangerous cult. The cult leader is divisive and the girls have to turn on each other in order to survive. I drew on my own experience of toxic friendships to create the character Emma and added a hefty dose of imagination. How would it feel to be isolated from my friends? How would I survive when there was no escape? I didn’t plan on taking my method writing to extremes but I ended up writing part of the book in an isolated cottage in Cornwall with no WiFi and no phone signal. My deadline was fast approaching and I still had thousands of words to write so when my partner said that I should go on our family holiday alone so I could concentrate I took him up on the offer. It was scary. I’ve never felt more alone or isolated in my life and, with no Internet to distract me, I immersed myself in the novel. Emma’s fear was my fear. Her jumpiness was my jumpiness. And I started at shadows when she did. The only thing that kept me sane was my daily sojourn to the village pub where I’d reward myself each afternoon with a pint of cider and an hour connecting with the real world via their WiFi.

If Before I Wake and The Lie were difficult to write my third psychological thriller, The Missing, was the most emotionally taxing. The idea arrived in my head almost fully formed—a mother who believes that her friends and family can do no wrong has to re-evaluate everything she believes in when her 15-year-old son goes missing. I loved the idea but I wasn’t sure I could write it. I’m a mother and my worst fear is losing my son. But the idea nagged and nagged at me. It demanded to be written. I almost changed my mind when I began my research. I wanted Claire, my main character’s, reaction to be as authentic as possible so I began reading non-fiction books by the parents of missing children. Each and every story was utterly heart-breaking and some of the mental images (where the children were found dead) I will never, ever be free of. There was a huge part of me that wanted, needed, to detach from Claire’s emotions as I wrote the book—they were too raw, too terrifying—but I knew I wouldn’t do the book justice if I didn’t go there. For four long months I was a wreck. My anxiety levels were so high I almost took myself off to the doctor but then I realized, I hadn’t developed anxiety, I was channelling Claire’s. Sure enough, as soon as she found closure at the end of the book, I took a deep breath too. It was over, for both of us.

There’s a part of me that wonders how long I can do this—how long I can put myself through the wringer as I experience my characters’ torment, year in, year out. Sometimes I even fantasize about writing a romantic comedy and chuckling to myself for several months on end. Then I’ll receive an email from a reader telling me that they read my book in a single sitting because they couldn’t put it down, or they grieved for my characters at the end of a book because they felt so real, or how one of my books reignited their love of reading. And then it’s worth it, a thousand times over.

I might not have Paula Hawkins level of fame, or her fortune, but I’m glad I switched genres and discovered a new way of writing. And I’m pretty sure my readers are too.

C.L. Taylor lives in Bristol with her partner and son. She started writing fiction in 2005 and her short stories have won several awards and have been published by a variety of literary and women’s magazines. C.L. Taylor was voted as one of the Bestselling Adult Fiction Debut Authors of 2014 in The Bookseller.

Neo-Noir on the Nile: Crime Writing in Cairo 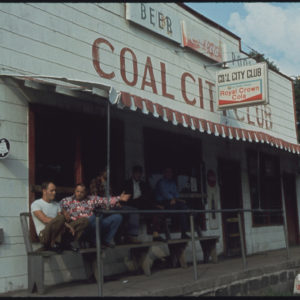 It took years before I found writers that reminded me of where I came from. Farmers, factory workers, war vets, bartenders....
© LitHub
Back to top