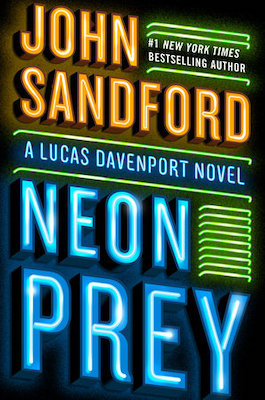 The following is an exclusive excerpt from Neon Prey, the latest installment in John Sandford’s long-running “Prey” series starring Lucas Davenport, a maverick detective, who, upon tracking a small-time criminal who has jumped bail, discovers evidence of a serial killer at work in rural Louisiana.

Deese was a thin man. He was fast, with ropy muscles, and mean, like an aggressive orangutan. His face was a skull, tight, sly, except where a half dozen wrinkles crossed his sunburnt forehead. He had black eyes and a nose that had been broken into angles like a lump of shattered pottery. He had a red‑and‑blue tattoo, on one shoulder, of a wolf with a biker’s head in its jaws, and, on the other, a witchy Medusa in black ink, with spitting cobras for hair.

People who got close to him usually stepped back: Deese smelled bad. He didn’t know it, and people didn’t tell him because . . . well, because he was Deese. His boss told one of his associates that Deese smelled like ferret shit; and the boss would know, because he kept a pair of ferrets as pets.

Like a lot of Southerners, Deese was big on barbecue and wanted it done right. He brushed the meat lightly on both sides with extra virgin olive oil, seasoned with kosher salt, from the Louisiana salt mines, and coarse black pepper. He added a sprinkling of filé, a powder made of ground sassafras leaves and mostly used with gumbo; but it worked on barbecue, too. He cooked the steaks over peach charcoal, brought by a Georgia peckerwood to the Red Stick Farmers Market in Baton Rouge.

He’d take the tenderloins out of the refrigerator, slice them vertically to get two long, thin steaks. He’d cover the steaks with a pie tin and leave them on the kitchen counter, protected from the flies, while the grill got right. He wanted high heat, and then he’d lay the meat down close to the charcoal and let it go for about four minutes, which would get it done medium rare.

His old man probably would have slapped him on the face if he’d seen him putting Heinz 57 Sauce on his dinner plate, and while it was true that too much sauce could flat ruin a steak, all Deese wanted was a tiny dab per bite. Every once in a while, he’d get a fresh liver, slice it and cook it with onions in his oven, crispy, then pile on the ketchup.

Cooking was a form of meditation for Deese, though he’d never think of it that way; meditation was for hippies and nerds and people you pushed off the sidewalk. On this night, as he went through his routine, he thought about the man he’d been hired to hurt. Not kill, but hurt. Hurting was harder than killing.

When he was hired to kill somebody, he’d walk up and do it with a street gun, which he threw in the nearest sewer. Most of the time, he left the body where it landed. In some cases, where the target had to disappear, there was more planning involved, but usually not a struggle. He’d hit the guy, boost his ass into the back of his pickup, and bury the body in the swampland behind his house.

When you were hired to hurt someone, as opposed to killing him, or her, there was always one big problem: a surviving witness. The solution to that was to make it known that being a loudmouthed witness would lead directly to something worse than pain.

In this case, the conversation with the boss had gone like this:

“No, not legs. That’d just lay him up,” the boss said, tapping his clean‑shaven chin with an index finger. A ferret scuttled under the couch, between the boss’s ankles. “I need something that people can see. I’m thinking hands. I’m thinking he’s walking around for a year with hands that look like they went through a woodchipper.”

“Hands are hard to get at,” Deese had said. “I’d have to put him down first. You put somebody down, hard, and sometimes they don’t get back up.”

“All right,” Deese said. “You want hands? Hands is what you’ll get.”

On this night, as he went through his routine, he thought about the man he’d been hired to hurt. Not kill, but hurt. Hurting was harder than killing.

Hands were hard. In a fight, they were flying fast and unpredictably, and he might not have a lot of time to get the job done. So, no fight. Surprise him, hit him in the face, knock him down, stand on one arm and bust up the hand, and maybe the arm, too. Then do the other side and get out.

Deese had already done the scouting. The guy lived alone in an apartment with outdoor hallways, so he answered his own door. If Deese did it just right, that’d be the spot . . . Watch him go in, and if there was nobody else around do the old shave‑and‑a‑haircut door knock: BOP-BODDA-BOP-BOP! BOP-BOP!

When people heard that knock, it tended to disarm them. If you did it lightly enough, they usually thought it was a woman. And the target, Howell Paine, did like his women.

Deese carried the meat to the grill, arranged it perfectly over the oval mound of glowing hickory charcoal. When that was done, he went back into the house, dug his walking stick out of a hall closet.

He’d bought it at a cane store in London, England, where he’d once taken a vacation because a man named Lugnuts was looking for him. Lugnuts got his name because a karate guy once kicked him in the balls and he hadn’t flinched. He only did one thing, which was kill people, and he was good at it.

Luckily for Deese, Lugnuts fell to his death in a hotel atrium in downtown New Orleans before he could get to Deese, although luck hadn’t had much to do with it. The man who’d hired Lugnuts to kill Deese had subsequently been kicked to death by his underpaid bodyguards, who’d also been witnesses to Lugnut’s crash landing. An object lessons for all assholes who needed bodyguards: pay them well or somebody else will pay them better.

Deese swished the stick back and forth, renewing his feel for it. Walking sticks had been adopted by the European aristocracy as replacements for swords. While the best of them were undeniably elegant, they were also effective weapons, especially in the administration of a beating.

In 1856, a Southern congressman named Preston Brooks had administered a vicious beating to an abolitionist U.S. senator named Charles Sumner after Sumner had made a speech attacking another Southern senator for his pro‑slavery views: “The Senator from South Carolina has read many books of chivalry, and believes himself a chivalrous knight with sentiments of honor and courage. Of course he has chosen a mistress to whom he has made his vows, and who, though ugly to others, is always lovely to him; though polluted in the sight of the world, is chaste in his sight—I mean the harlot, Slavery.”

Sumner hadn’t recovered for years. Deese didn’t know that, not being a historian, or even a reader of comic books, but he knew about the uses of walking sticks.

Deese’s stick was made of coffee‑brown blackthorn, with a rounded knob head, weighted with lead, and a steel rod inserted down the length of the shaft. Getting hit with the knob was like getting hit with a hammer, but a hammer with a thirty‑seven‑inch handle.

He closed his eyes, visualizing the approach, the attack, the departure. He stood like that for a minute or more, thinking about Howell Paine, until the smell of the sizzling steaks called out to him from the grill.

He was tired, Deese was. He’d murdered a young woman that day and had buried her body an hour ago. Now he had Howell Paine. Busy, busy, busy.

From NEON PREY. Used with the permission of the publisher, G.P. Putnam’s Sons. Copyright © 2019 by John Sandford. 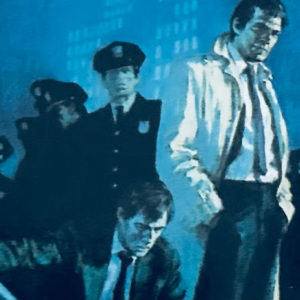 The Magic of Ed McBain's 87th Precinct Writing as Ed McBain, the author Evan Hunter produced 55 police procedural stories in the 87th Precinct series. With the release...
© LitHub
Back to top