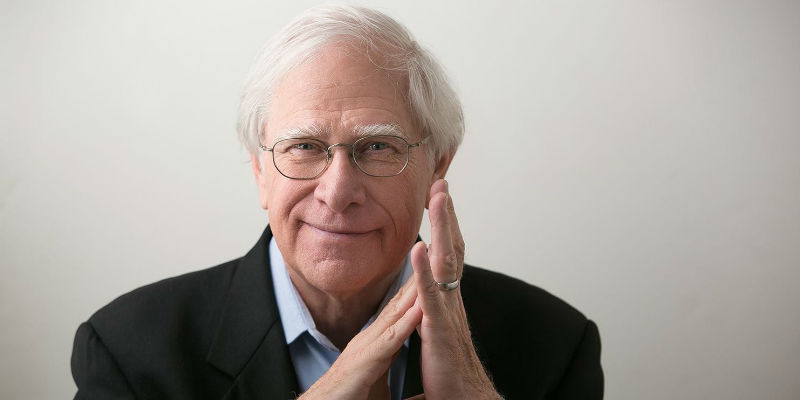 On Villains, Fugitives and the Funkiness of New Orleans

In the history of liberated lawmen, Lucas Davenport is about as free as they come. He’s the charismatic lead of the long-running, wildly popular Prey series, and with each new installment he seems just a little more footloose, a little less encumbered, and always willing to do what it takes to catch the bad guys. He is, in short, the consummate maverick. Once a cop based in the Twin Cities, Davenport has now moved on to tracking and catching fugitives for the U.S. Marshals, a task at which he excels, and which has earned him the political protection that lets him do just about anything he needs to get the job done. His latest adventure—Neon Prey (G.P. Putnam’s Sons, 2019)—takes him to Louisiana on the trail of what appears to be a serial killer and cannibal. It’s grim work, but gallows humor abounds, as Davenport navigates between seedy backroom bars and other criminal dens with his usual blend of cynical commentary and probing banter. It’s a world that, against all odds, you want to spend more time in.

Davenport is, of course, the creation of author John Sandford, also known as John Roswell Camp, the Pulitzer Prize-winning journalist who launched his crime fiction career thirty years ago this year, and since then has proven as prolific as he is popular. At any given moment, Sandford is juggling different beloved thriller series, and not a year goes by without one of his books appearing on the New York Times best-sellers lists. While his literary output continues to sprawl, it all traces back to Lucas Davenport, the liberated lawman. We caught up with Sandford on the release of his newest Prey novel to ask him about his hero’s new job, what drew him to writing about New Orleans, and how he manages to keep injecting new life into his series.

CrimeReads: This is Lucas Davenport’s third novel as a U.S. Marshal. How’s the job settling on him (and you)? It feels like a natural place for him to end up, chasing fugitives, but was it just serendipity that landed him there or a master plan?

John Sandford: I have no master plans for anything. I never know what shirt I’m going to wear until I blunder into my closet. I was writing two different series (the Prey and the Virgil Flowers), both set in Minnesota, and decided that it would be interesting to give Davenport a little more geographical range. I thought about involving Davenport with the FBI, but the FBI is an intensely bureaucratic organization, and much bigger that the Marshals Service. It didn’t seem credible that Davenport would have much freedom there. The Marshals Service is looser—it has (at least technically) very wide jurisdiction, which is good. The bad thing is, it usually functions as an arm of the federal courts and most of its work involves people who already have some connection with the courts. That means that real marshals don’t do much preliminary investigation of new crimes—they are most often dealing with criminals who already are involved with the court system. I like to have my novels reality based, to some degree, in the sense that I don’t want some marshal to say, “Nah, we’d never do that in a million years.” So, contriving ways for Davenport to involve himself in a variety of crimes has become a challenge. That’s why I’ve built a political connection into his new job, in which he does occasional work for politicians. Marshals *do* have wide jurisdiction, even though it’s not usually exercised, so that makes his political work possible, if not something you’d see every day in a normal marshal’s office.

One of the benefits of him being with the Marshals is you can send him just about anywhere in the world and mix him up with almost any criminal element. In the new novel, he’s called down to Louisiana. Was there something about that place, that terrain, or that area’s culture that was calling to you as a setting? 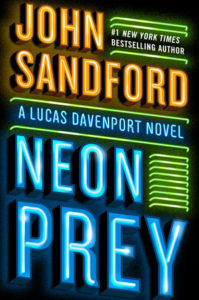 What I liked about Louisiana, and New Orleans, as a setting for fiction, is that *I* like Louisiana and New Orleans. New Orleans can’t seem to help itself, but it is a funky place. James Lee Burke does marvelous things with that territory—it has a lot of natural color, but it can also go very dark, with tendrils of crime going all the way back to the Civil War and the fallout from slavery and the Reconstruction era. I didn’t do as much with New Orleans as I did with Las Vegas in this book, though; I’d like to go back and set an entire book there.

You write banter about as well as any writer I can think of. It reminds me of Elmore Leonard’s work, most of all—just about every scene contains a few gems of back-and-forth. Is that something you make a point of layering into the story, or does it just flow naturally from the characters and their relationships?

My books, especially the Prey books, can be very dark. Banter leavens the loaf, and is really necessary to provide relief for the reader. It also reflects reality as I experience it—funny stuff happens all the time when you’re a cop. It’s the nature of the job. I also grew up in newsrooms, where the banter is constant. Like cops, reporters daily deal with the violent and the ridiculous, the stupid and the crazy, and that naturally generates a running commentary that can go on for years. To answer your question more directly, I deliberately layer in the banter as a technical book-writing thing, and also because if reflects the reality that my characters deal with.

Now that Davenport has gone to the federal level, there’s a new universe of pecking orders and agency rivalries to explore, especially between the FBI and the Marshals. Do you enjoy throwing him into that law enforcement dynamic?

I try to stay away from certain things, like the bureaucracies that tangle up so much of government. Rather than really get into them, I *indicate* them—here’s a bureaucracy and here’s what’s coming out of it, this is how it affects Davenport. But I try to keep those scenes tight and brief and at least somewhat funny (or humorously cynical), because it’s not part of the main line of the book, which is always about the villain. (I’ll add here that I treat sex the same way—I *indicate* it, rather than detail it, and try to keep it somewhat funny when I do deal with it, for the simple technical reason that it doesn’t fall on the mainline of the book.) The scenes I write in which Davenport is interacting with a particular law enforcement bureaucracy usually reflect my experience with those agencies. The FBI, for example, is the most tight-assed, rules-conscious, and arrogant organization I’ve ever encountered. I’m not sure about this, but I believe it’s because most FBI agents begin their law enforcement careers with the FBI, rather than as uniform cops working the street—they’re bureaucrats at heart, rather than workaday guys. I do recognize the the FBI does heavy duty and sometimes very dangerous law enforcement work; they just don’t often do shootouts in bars, which is more the milieu in which my characters operate.

There’s a proud tradition of crime fiction protagonists with independent means—a sideline income that allows them to live beyond the normal salary of a homicide detective or private eye. Davenport’s has to be one of the most unusual. Do you see any affinities between his D&D talents and his career as a manhunter?

It was more explicit in the earlier books, but Davenport views police work as a game in which some people win, and others lose. He wants to beat the bad guys, not because of some abstract notion of justice, but because he sees it as a contest. One result is that he’s willing to go to extra-legal means to defeat them: the big thing for him is the victory, rather than, say, protecting the citizenry. He was a college hockey player, at a high level; when you get checked hard, you check back, and harder. That’s his attitude toward police work. He was actually pushed out of the Minneapolis Police Department for beating up a pimp who church-keyed one of his sources. He knew he’d be in trouble for doing it, but he couldn’t let the pimp “win.”

Your latest novel involves the hunt for a fugitive believed to be not just a serial killer, but a cannibal. That’s a pretty tricky taboo to work with. Any hesitations jumping into those waters?

The Prey series involves more change than most crime series of this length. Davenport’s always there, but he moves between jobs and relationships, besides cases. Any thoughts on how to keep a series fresh while still delivering on what ardent fans keep coming back to experience?

Keeping it fresh is a struggle, but the struggle doesn’t really involve Davenport so much. As you note, he’s always there—he’s mellowed a bit over the years, and gotten married and had children, but I think most readers see that as somebody’s normal life path. The real struggle is to come up with novel (no pun intended) villains who are actually bad enough, and unique enough, to keep your attention. Hence the cannibal. 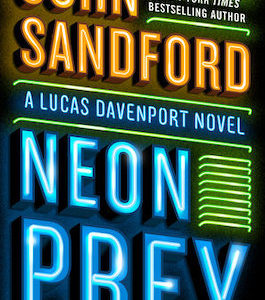 Deese was a thin man. He was fast, with ropy muscles, and mean, like an aggressive orangutan. His face was a skull, tight,...
© LitHub
Back to top