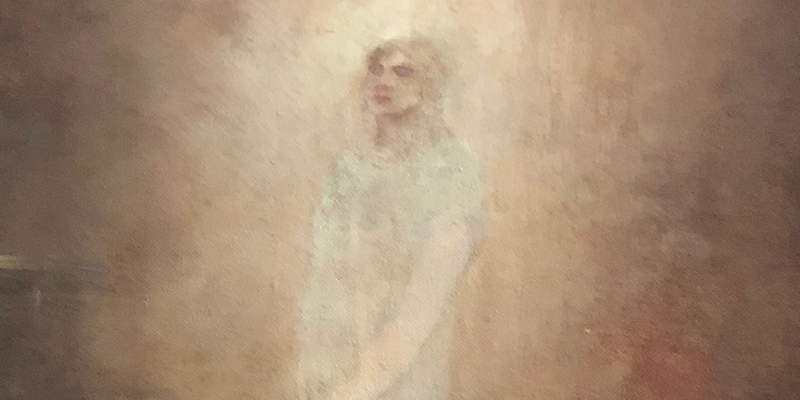 "I realize now that if almost anyone else had experienced a levitation as I had, they would have sprinted for the door..."

It always seems to be quiet when it happens, when no one else is around. It’s often late at night when the blackness that surrounds can’t possibly get any more oppressive. But then it does. The stillness pulsing in my ears grows louder, as if there is no such thing as complete silence. At least, not in my head.

I grew up fully aware of the spooky stories associated with my grandmother’s creaky old house in Maine. We visited every summer on family vacations, and I absolutely adored being there with her. She was the inspiration for Amelia, the sweet grandmother in my Coastal Maine Precipice Series.

Over the years my parents regaled me with their experiences of seeing the spirits of family members long since passed. But these were just fascinating tales; they never happened to me. That changed abruptly when I was in my late teens, the first time I stayed there without the rest of my family.

It was the summer before my junior year of college. I was working as a camp counselor at an all-girls camp on a picturesque pond about twenty minutes away from my grandmother’s house. The evening before my weekly day off my aunt and uncle would pick me up and deliver me to the big red house on the hill. My first night there, my grandmother insisted I sleep in her room because she thought the bed was the most comfortable one of the four bedrooms. She chose my mother’s old room just down the hall for the night.

As soon as I’d yanked the chain on the overhead light, the enveloping darkness nearly suffocated me. I waited for my eyes to adjust, but there was nothing to make out. Only blackness. And with just an overgrown field beyond the window in the room, there was no noise to speak of except for the katydids.

As I settled under the covers, I breathed in my grandmother’s perfume on the pillowcase and the plastic pillow protector underneath crinkled in my ears. Then it was silent again. Until the footsteps started from down the hall.

They weren’t coming from the direction of the bedroom my grandmother had selected. And they didn’t sound like my grandmother’s petite slippered feet. It was the distinct sound of boots plodding along on the wooden floor. And they grew closer. When they’d reached the doorway of my room. I squeezed my eyes shut. I didn’t want to see. I didn’t want to know. I tried to will whoever it was to go away, but it didn’t work.

The deliberate, heavy footfalls continued into the room and around to my side of the bed. I broke out into a cold sweat, pressing my eyelids tighter. I sensed it was a man. Praying he wouldn’t reach out and touch me, I held still, silently pleading with him to go away.

At some point during the night, I fell asleep, and my ghostly visitor vanished without making another sound. In the morning when I asked my grandmother about it, she hadn’t heard a thing, but thought it must have been my grandfather who had passed away when I was four.

After that terrifying night I put up a mental wall and blocked future paranormal encounters, and my wall stayed up for a few years. That is, until I couldn’t stand it any longer and grew curious about the paranormal again. Once I opened myself up, I began having experiences, but I reacted to them much more calmly and with a healthy dose of intrigue.

Years ago, in the middle of one night, I suddenly awoke and was strangely alert. Then I watched a glowing blue orb float through the doorway and into our bedroom. It was the most beautiful shade of blue and it came to hover at the end of the bed. The most incredible feeling of love warmed me, and I sensed it was my aunt, the same one who had come week after week to pick me up at summer camp on my days off. While the orb hovered, I gained an understanding that she had passed and had come to say goodbye. I didn’t know she’d been in the hospital but the next morning my mother called to tell me the sad news.

Other paranormal experiences have occurred outside of my family circle. On a trip to Charleston, SC, I stayed in a charming, grand hotel that had survived both the Great Fire of 1861 and the 1886 Charleston Earthquake and was used as a hospital during the wars. You might say it was ripe for paranormal activity. Ghost hunters have camped out there and hotel guests have shared their experiences. I now have a story to add to the list.

Since I was alone, I ordered a late dinner and enjoyed it in my room. While I was dining, I noticed the unmistakable aroma of cigar smoke—that, in a non-smoking hotel. I wasn’t sure what to make of it but soon after crawled into bed for the night. Once I’d extinguished the lamp on the bedside table, I suddenly felt myself rising off the bed, like an illusionist’s assistant in the middle of a show. It startled me but I quickly regained my composure and ordered whoever was doing it to “cut it out.” I was placed gently back on the bed.

I realize now that if almost anyone else had experienced a levitation as I had, they would have sprinted for the door, still clad in pajamas, and headed straight for the front desk, demanding to be moved to a different hotel and ordering the wide-eyed desk clerk to pack up their luggage. Instead, I remained remarkably calm, sensing I was not in danger. And even though it was only my second night of a three-night stay, I didn’t change rooms but had no further encounters with the spirit. We’d reached an understanding.

There are many more stories I could share, and I’m sure there will be many more to come as my fascination with the paranormal continues. It stands to reason that my encounters have had a profound effect on my writing. My latest contemporary fiction release The Woman Underwater is no exception. I find it quite natural to weave a subtle paranormal thread into my stories. It’s never a matter of methodically planning where one should occur. The thread just seems to fall into place where it feels right—as natural as encountering someone from the spirit world who just wants to let us know they’re still among us. 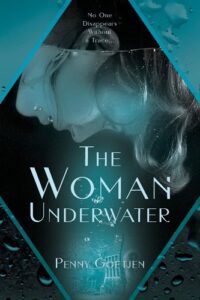 Award-winning novelist Penny Goetjen (pronounced goat-gen) writes murder mystery and suspense novels where the settings play as prominent a role as the engaging characters. A self-proclaimed eccentric known for writing late into the night, transfixed by the allure of flickering candlelight, Penny embraces the writing process, unaware what will confront her at the next turn. She rides the journey with her characters, often as surprised as her readers to see how the story unfolds. Fascinated with the paranormal, she usually weaves a subtle, unexpected twist into her stories. When her husband is asked how he feels about his wife writing murder mysteries, he answers with a wink, “I sleep with one eye open.” She is a proud member of Mystery Writers of America and Sisters in Crime. Penny splits her time between Charlston, SC and Connecticut. Her debut novel, The Woman Underwater, is now available. 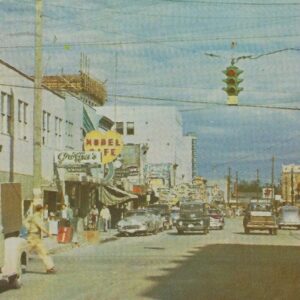