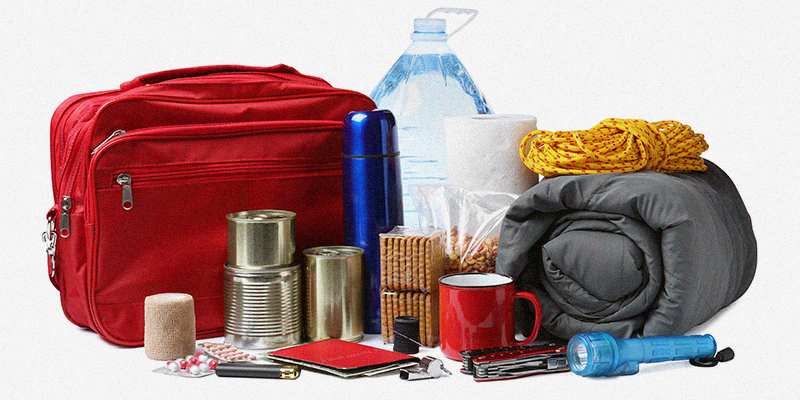 "You can prep all you want and have fun doing it. But it’s impossible to prepare for the worst. The worst has too many faces."

When I was eighteen, my best friend and I ditched our afternoon classes, hopped in a truck with a guy we’d met that morning, and drove from Connecticut to Vermont to see the Halle-Bopp comet streak across the sky. In the days and weeks that followed, our televisions hummed with the news of a group called Heaven’s Gate—thirty-nine people who died en masse by suicide in an effort to board the spaceship they believed followed in the comet’s wake.

I shared this story with my sixteen-year-old daughter recently. She was horrified.

“You drove all the way to Vermont with a guy you didn’t even know?”

She managed to be completely jaded and utterly shocked, all in one sentence. Thirty-nine people surrendered their lives to hop on a spaceship, you say? Eh. You bummed a two-hundred-mile ride from a stranger? What the hell is wrong with you? She would never do that.

Of course she wouldn’t. Not because she’s worldly and wise beyond her years—her decision-making center is just as underdeveloped as mine was when I jumped into that truck. No, she wouldn’t do it because she’s obsessed with true crime.

I’m also guilty of overindulging in the most macabre stories real-life has to offer. And in doing so, I would never do that has become a bit of a mantra. I listen to true crime podcasts six hours a day. They’re highly entertaining, in addition to appealing to my morbid curiosities, but that’s not the reason I listen.

True crime allows you to experience horror on an entirely different level. The stories aren’t the brainchild of a writer or pictures on a screen, they’re not merely examples of what could happen…they did happen. To real people. And listening gives you the unique opportunity to cast yourself as the victim, to live their nightmare via earbuds, and when it’s all over you get to tell yourself that such a thing couldn’t possibly happen to you. You listened. You took notes. You know exactly what not to do.

I’m fairly confident I’d never be lured into a serial killer’s lair, and I have a gameplan in mind should I ever be plagued by a stalker. I’ve walked through these scenarios a million times, via a million different cases. The disadvantage to this is that true crime allows you to play the odds, cherry-pick your fate. “I’ll probably never be accused of a crime I didn’t commit, but I might get snatched by human traffickers…let’s go with that one.”

But reality doesn’t allow you to choose your own adventure when the time comes.

True crime is not only about entertainment value—it’s about prepping. Packing a mental go-bag for a million different what-ifs. The more cases you consume, the more scenarios you anticipate, the heavier your bag becomes. You’re smart. You’re ready. You know what could happen. You would never help a stranger find their lost puppy. You would never answer a dodgy Craigslist ad.

I took a backward look at this idea in my novel, After We Were Stolen. The story follows Avery, a nineteen-year-old girl being raised in a doomsday cult. (Halle-Bopp’s legacy inspired me in more ways than one.) She’s a survivalist—a literal prepper, living in the woods, and all she knows is how to stay alive when the rest of the world is dead. In creating her character, I had to narrow my focus to what survival looked like through her eyes—what she would do, what she would never do. Avery has never been off her family’s compound. The only people she knows are her parents and her nine brothers and sisters. She can dig water out of the ground, make a fire with a stick and a board, build shelter, and hunt for food. She is physically and mentally prepared to survive no matter how the modern world stops spinning.

But in the end it’s her world, that tiny compound in the woods, that stops spinning. And when it does, it tosses her out, and she lands in a place where her skills are completely and utterly useless. The worst happened, the world ended, it was everything she expected—the problem was, it didn’t end on her terms.

You can prep all you want and have fun doing it. But it’s impossible to prepare for the worst. The worst has too many faces.

I still feel slick and smart and ready to take on every monster after a true-crime binge. And I love that. But in reality, I’m not sure I’d have the wherewithal to do anything but cry and scream if the worst were to come for me.

I can’t say for sure. I have done a lot of prepping—six hours a day. Maybe I’d surprise myself. Or maybe I’d be like Avery, stunned and helpless, clutching the board and the stick that were supposed to keep me safe. 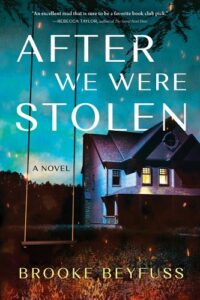 BROOKE BEYFUSS works full-time as a copywriter for an adult web company, a position that has provided a great deal of future novel material. A graduate of Rutgers University, Brooke is the founder of the Woodbridge Cultural Arts' Commission Writing Group. She lives in New Jersey with her husband and daughter. After We Were Stolen is her debut novel.

What's the Key to Multi-POV? Many Colorful Index Cards 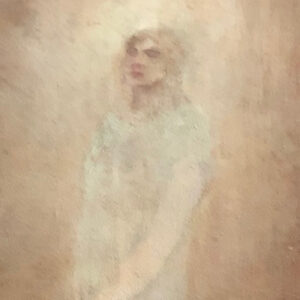 It always seems to be quiet when it happens, when no one else is around. It’s often late at night when the blackness that...
© LitHub
Back to top