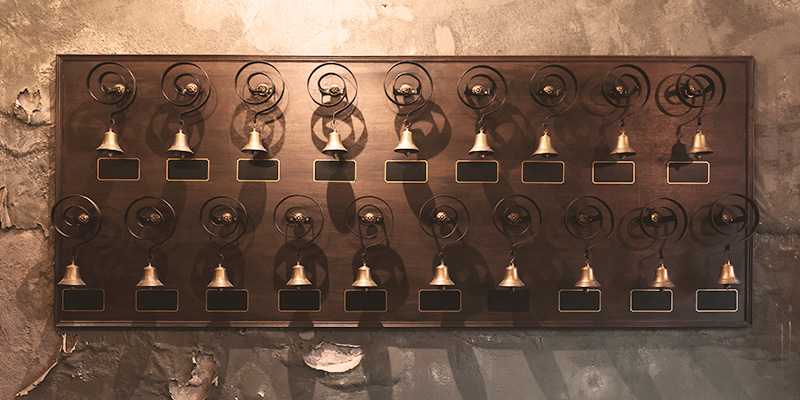 On The Difficult and Dangerous Lives of 19th Century Domestic Servants

Sure, the killer butler is an obvious suspect, but why isn’t anyone looking at the maids? The easy answer: they were invisible. The harder one: they were too busy dragging water and running from the master to plot a homicide.

In the late 19th century, there were many more maids than butlers, and they lived exponentially harder lives than the gentleman’s gentleman at the front of the house. Most of them didn’t choose domestic service; it was often simply the only honest work young girls could find to “do their part in the family.”

Before child labor laws, it wasn’t unusual to find tweens working sixteen-hour days as scullery maids, the lowest form of kitchen life. They were paid a pittance to scrub pots and blacken the stove, fed scraps, and with any luck, allowed to sleep by the stove. It sounds like they were treated like animals, and they were.

It didn’t get a lot better when slightly older girls graduated to house maid. They could at least hope for a cot or a share of one in the garret, and perhaps a place at the servants’ table. But the work was just as ugly. Even in homes with modern plumbing, the day would begin with emptying the chamber pots, usually into the single flush toilet on the floor.

Then came the hauling of the water.

As anyone who’s ever carried a bottle of milk knows, liquids are heavy—more than eight pounds for a gallon. The maids were responsible for dragging big porcelain basins, or even worse, sizeable metal cans of hot water, upstairs for their betters’ morning wash.

Depending on how large the household, and where they worked in it, the day could continue with any number of equally backbreaking tasks, from sweeping and scrubbing floors to beating the dust out of massive wool rugs. Even a relatively light task could be dangerous and stressful; many a maid would prefer scrubbing chamber pots to dusting a whatnot filled with collectibles that had to be returned to the mistress’ precise specifications.

More, all of this had to be carried out in absolute silence and invisibility. Any servant who might be seen by their employers would be in uniform, expected to be immaculate and unremarkable. Sometimes maids had special extra-large aprons for messy tasks, or even old dresses for the seriously ugly work. But if they were crossing paths with their employers, they’d better not have a hair out of place, or a mark on their frilly cuffs. The lady of the house might not notice…but if she did, she could do anything from merely berating the unfortunate maid, to firing her.

Still, from the maids’ point of view, invisibility wasn’t such a bad thing.

It was actually pretty safe.

Attention could be good: the mistress might notice that a girl sewed a fine small stitch, or ironed her dress beautifully, and promote her to lady’s maid. Even though a lady’s maid worked long hours with an often-difficult employer, it was still a vast improvement for most workers.

But attention wasn’t always positive, and it didn’t always lead to advancement.

It could just as easily be predatory.

More than a century before #MeToo, no one was keeping any statistics on sexual harassment and assault in domestic service. But if the horror stories that have survived are any indication, it was rampant, terrifying, and often led to even worse abuse.

Maids whispered amongst themselves, warning girls to stay away from the son—or the father, or grandfather. They looked out for each other as much as they could. Housekeepers might make sure that younger and prettier maids didn’t cross paths with lecherous family members.

And that was about all they could do.

More than a few upper-class men considered household staff their personal property in every way, and had no scruples about acting on it. The concept of “no means no,” wasn’t even a thought at the time. It was assumed that a really good girl would simply be able to deflect a man’s lust. Somehow.

In real life, of course, whatever kind of girl you were, when the boss cornered you, “no” not only didn’t mean “no,” it probably didn’t even register. And if you fought, you’d be fired. Without a reference, meaning you’d never get a decent job again.

Pretty much the working definition of coercion.

It didn’t get better from there.

In a time before wide access to reliable birth control, maids occasionally ended up pregnant. And they very quickly found themselves unemployed and categorized as fallen women. They had no hope of a settlement from their abusive employer; the Victorian double standard put the weight of the blame, and the consequences, squarely on them.

If they were lucky, they might be able to have the baby at some kind of home, slink away and re-start their life elsewhere.

More than a few girls ended up in the nearest river. Or taking a slug of one of the many easily available poisons.

Others ended up on the street; a London charity estimated that a third of the prostitutes there were fallen maids.

A modern reader could be forgiven for wondering why all of this provocation didn’t lead at least a few maids to kill their employers. The highest-profile murderous maid, Kate Webster, actually killed and dismembered the lady of the house, Julia Martha Thomas, in London in 1879. It’s surprisingly tough to find a case of a maid attacking the master.

That said, it’s also true that by the turn of the 20th century, people were well aware of what was going on in the dark corners upstairs and downstairs. By then, there were some charities designed to help maids, if not to prevent them from being abused in the first place.

More, the girls themselves had more options. Many young women chose factory work or even sewing piecework, because domestic service had such a terrible reputation.

All of this is very much in the air in A FATAL OVERTURE, my third Ella Shane mystery, when the predatory son of the owners of the Waverly Place Hotel ends up dead in a guest bathtub. Just about everyone involved assumes his behavior with the maids was the motive, but not all can believe one of the girls could have actually done it.

The answer to that question will take us upstairs, downstairs…and into that favorite Victorian question of whether women are indeed capable of killing! 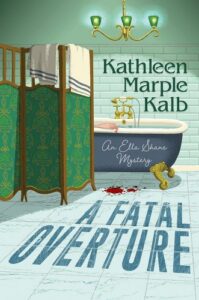 Kathleen Marple Kalb lives with her family in Cheshire, Connecticut. She is a weekend morning anchor at New York's 1010WINS Radio, capping a career she began as a teenage DJ in rural Western Pennsylvania. She's currently working on the next Ella Shane historical mystery. 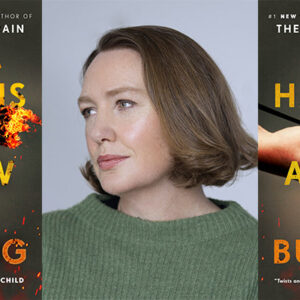