New Delhi is India’s sprawling capital of twenty-two million people. Former stronghold of the British Raj and now the political centre of independent India, it’s more populous than Mumbai (Bombay), crawling with governmental intrigue, yet not so regularly featured in crime novels, TV shows and movies as the country’s commercial capital. Still, there’s no shortage of interesting, and often rather different, crime writing coming out of Delhi.

No recent novel with a crime element captures the multi-sided nature of twenty-first century New Delhi as well as Saskya Jain’s Fire Under Ash (2014) which was nominated for the Indian Sunday Guardian newspaper’s best new novelists of 2014 and the Indian Business Standard’s top ten books of that year. When Ashwin, a wealthy Delhi boy, meets Lallan, a struggling student from Patna looking to make his fortune, their friendship, and their mutual love for Mallika, seems to transcend the fault lines of India’s strict codes of class and privilege. But one night at a party, a fateful incident changes both their lives forever. The novel is about the new India in New Delhi and its aspirants and hopefuls.

Looking at New Delhi through somewhat more hardboiled eyes is private eye Arjun Arora in Ankush Saikia’s Dead Meat (2015). Someone’s trying to fix T20 cricket matches (well, we couldn’t put together a list of Delhi crime novels without cricket getting a couple of mentions!), a big bag of cash has gone missing, and there’s a newly chopped-up body in a tandoor oven. It’s proper New Delhi noir. Saikia has written a number of crime novels and they’re all pretty noir—The Girl from Nongrim Hills (2013) is a great thriller about musicians getting caught up in gun running to militants; Remember Death (2016) takes Arjun Arora to Mumbai; while the gripping More Bodies Will Fall (2018) centers around the murder of a young woman from north-east India who came to try her luck in New Delhi. This time P.I. Arjun Arora finds himself up in Nagaland and around the Indian-Myanmar border. Also worth reading is Saikia’s stand alone novel Red River Blue Hills, a murder mystery set in an upmarket New Delhi hotel. Saikia, by the way, was born in Assam, but brought up in Madison, Wisconsin, though is now based back in India.

For contrast to the hardboiled we have Tarquin Hall’s Vish Puri series of cozy novels. Hall is a British journalist who lived and worked out in India for many years. Vish Puri is a Delhi private investigator—portly, originally from the Punjab (up north of Delhi by the border with Pakistan), a family man devoted to mummy-ji, and with three daughters. He likes to catch liars and cheats and spends a lot of time checking out prospective marriage partners for his clients’ children. There are four Vish Puri novels The Case of the Missing Servant (2009) see Vish Puri on the trail of a missing servant girl assumed killed by a prominent Delhi lawyer. Puri’s team of undercover operatives—Tubelight, Flush and Facecream—are enlisted to help. From his well-heeled Gymkhana Club to the city’s slums, Vish Puri combines ayurvedic detection methods with modern science and a little Holmesian sleuthing. The Case of the Man Who Died Laughing (2011) sees a murder happen in broad daylight on a busy Delhi street in central Delhi as a member of a therapeutic Laughing Club is killed. The victim is the famous celebrity, Dr Suresh Jha, enemy of all fake gurus and mystics. Yet it appears he was murdered by the Goddess Kali. Book three is The Case of the Deadly Butter Chicken (2012) and what fiend would involve this classic Punjabi dish in a crime? The murder of no lesser a personage than a famous Pakistani cricketer visiting India. In the final book of the series, The Case of the Love Commandos (2013), a young woman from a high-caste family who has been forbidden from marrying an untouchable is rescued by the aforementioned Love Commandos who help the couple elope. But the families aren’t happy, rather a lot of expensive jewelery has gone missing and Vish Puri needs to sort it all out.

Noir, hard boiled or cozy not to your tastes? Then how about Avtar Singh’s sprawling Necropolis (2014)? The central characters are Razia, and the city of Delhi. Razia is a nocturnal creature, a political player, night clubber and a lover of poetry. She is also the muse of and antagonist to Deputy Commissioner of Police Sajan Dayal. Working with DCP Dayal is Smita Dhingra of the elite Delhi police service. A investigation into a series of killings that strike at the heart of Delhi looks complicated enough until it appears the culprits might be vampires and werewolves.

Striking at the heart of the city to cause disruption, chaos and riots is a common theme in New Delhi crime writing and in Indian crime writing in general. India is a country of a billion people with myriad fracture points—religion, politics, caste, organized crime, corruption, the glamorous and wealthy worlds of business and Bollywood contrasting with intense and widespread poverty. India as powder keg is a popular notion. Rana Dasgupta’s Capital: The Eruption of Delhi (2014) won the Ryszard Kapuscinski Award For Literary Reportage in 2017 and was shortlisted For The Orwell Prize. Dasgupta’s study of the Indian capital is Delhi’s version of Suketa Metha’s Maximum City: Bombay Lost and Found (2004). In Capital we meet Delhi’s twenty-first century billionaires and bureaucrats, drug dealers and slum dwellers.

Sharad Bailur has written a trio of Delhi-set crime novels that feel ripped from the Indian tabloid headlines. The House on Pali Hill (2019) looks at a battle that turns murderous over inheritance at a time when killing to ensure inheritance pops up regularly in the Indian newspapers. Darkness at Midnight (2019) looks at escalating nuclear tensions between India and Pakistan threatening to obliterate Mumbai while The Telomere Problem (2018) looks at unlicensed and uncontrolled cloning labs. And most recently, Not a Drop to Drink (2019) looks at another hot button issue in today’s India – water: who controls it? Who can contaminate it? Who gets to drink it? And who goes without?

Dhruv Gupta’s The Delhi Detective (2019) takes the familiar Holmes and Watson formula to the Indian capital. This time it’s private detective Shergill Hans and his friend and biographer, Jaisukh Sharma. The tales feature murders, robberies, gang wars, and one really great story, The Case of Colonel Carruthers, which is set in the Victorian era and contains characters of the original Conan Doyle Sherlock Holmes short stories.

Krishan Singh’s Raisina trilogy is three books, three different stories, but all in and around Raisina Hill in Delhi, a district often used as a metonym for the seat of the Government of India and home to India’s most important government buildings. Delhi Durbar (2012) is set amid the webs of scandal and sleaze that surround the President of India, an ex-army chief, who defies his rubber-stamp status and threatens to establish military rule. Only Jasjit Sidhu, his sometime son-in-law, erstwhile corporate banker and money launderer, newly returned to India can bring him to heel. Young Turks (2012) follows the rise of two regional politicians to the heart of New Delhi’s government. Indian politics is a shark-filled sea indeed, according to this novel! And finally The War Ministry (2013) where Azim Khan takes office, becomes the first Muslim to lead India – there are local religious tensions, a deteriorating relationship with Beijing over Tibet, and American interference with all manner of back room conniving and manoeuvring.

New Delhi’s crime writing scene is incredibly diverse—tough noir to comfy cozys—yet invariably it’s this country’s contemporary issues that come to the surface: relations with Pakistan; the nuclear situation and border issues; balancing rampant capitalism with the need to look after society’s less well off members; the endemic problems of class, caste and religion. It all makes for a very exciting brew of local crime writing. 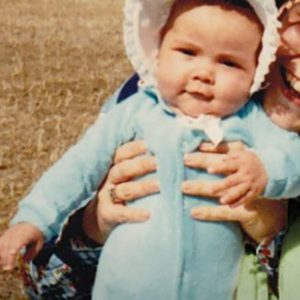 In the introduction of debut author Axton Betz-Hamilton’s memoir The Less People Know About Us: A Mystery of Betrayal,...
© LitHub
Back to top