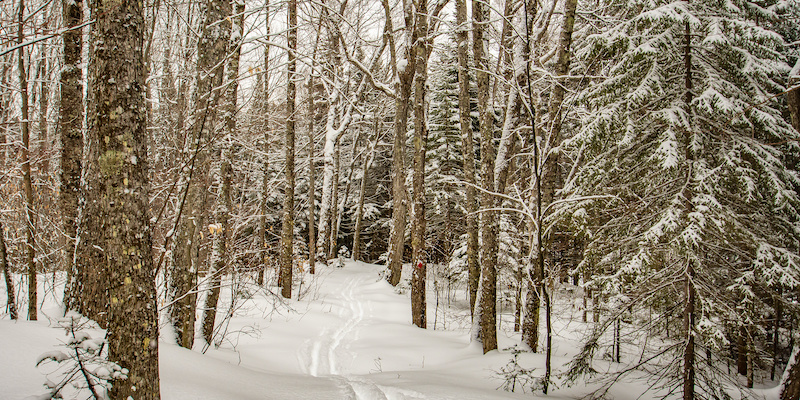 "Whether the wilds of Maine or the urban streets of Boston, New England has a knack for inspiring mysterious and macabre fiction."

I’ve always been drawn to New England. Maybe it’s the dramatic change of seasons, the long history, or even the plethora of literature set there. I think it’s all three. New England gave us Stephen King, Dennis Lehane, and Robert Frost, among many others, who all have used the Northeast to great effect as a setting for their work.

Whether the wilds of Maine or the urban streets of Boston, New England has a knack for inspiring mysterious and macabre fiction.

I think history is part of it. New England is old by new-world standards. The narrow and sometimes cobblestone streets of Beacon Hill, the sinister graveyards with their skull and crossbones headstones, the legacy of Boston Common, where executions provided cautionary tales as well as public entertainment for generations of inhabitants.

Writers have used this backdrop for many stories where the setting is as much a character as the characters themselves. Back in the fifties, Arthur Miller’s treatment of the Salem Witch Trials in his iconic play The Crucible drew on that most infamous and spine tingling of New England history. Set in Salem, Miller recounts the evils in men’s hearts and the hysteria inspired by the supernatural that seemed to ooze from the very dark forests that surrounded the colonists.

The execution of nineteen innocent people accused of being in league with the devil left an indelible mark on New England, and four centuries later still figures prominently in local legend and lore. Visit Salem and the surrounding areas today and you will see just how strong that influence still is. And is there a more foreboding looking house than the “witch house”? It belonged to Judge Jonathan Corwin, who took part in the witch trials. You can tour the house today and I dare you not to look over your shoulder as you step through its dark rooms. My son, a very sensible, educated man, toured this home with me and my husband a few years ago. We bought a sinister-looking mug in the gift shop—of course we did—and my son, who was totally freaked out by the place, hid it in the back of our highest cupboard.

In addition to the dark history of New England, you can’t undervalue the influence of New England’s dramatic weather. Months of cold and gloom play perfectly into the mystery of the stories set there. No wonder Stephen King, Maine’s most famous resident, set many of his novels in his home state. The deep, desolate forests and rugged coastline scream out for stories of murder and mayhem.

And, of course, there’s Nathaniel Hawthorne. In The Scarlet Letter, Hester says to her young daughter:

“Hold thy peace, dear little Pearl!” whispered her mother. “We must not always talk in the market-place of what happens to us in the forest.”

Hawthorne uses the forest, not just as a dark and scary place, but as a metaphor for all things evil and untamed in the human heart. In his The House of Seven Gables, Hawthorne used a real Salem mansion as the inspiration for his eerie and psychologically complex tale. You can tour that house as well. I climbed the narrow, steep attic staircase and felt the vibes that must have inspired the author.

Even Robert Frost used the New England landscape and weather extensively in his poetry. Who can’t help but get chills as you read “Stopping by Woods on a Snowy Evening”? The imagery of the lonely woods, the symbolism of death and oblivion, are so clearly woven through the hypnotic strains of an enchanting poem.

Winter is long, dark, and snowy in New England. In the depths of winter, the sun sets in Boston before 4:30pm. Perfect for a murder mystery or a voyage into the supernatural. Donna Tartt set her iconic novel The Secret History in rural Vermont, the climatic event literally covered up by snow.

And even before the heart of winter sets in, springs and falls are full of gray clouds, mists, and churning ocean currents. Dennis Lehane’s Shutter Island is as creepy a novel as has ever been written, and Lehane uses the Massachusetts coast as the perfect setting for his thrilling masterpiece.

I’ve lived in various places in the eastern half of the country, but I have been drawn to New England all my life. My family lived there for five generations, starting in 1634. My great aunt used to tell me not to go looking into the family tree for fear of what I might find, so of course I did. And she was right. In my research, I’ve uncovered stories of long-ago murder and mayhem in my very own Massachusetts family, fit fodder for any thriller novel.

So, using New England as a setting for my writing comes naturally. In All the Dark Places, I’ve dropped my characters into a small, fictional town, not too far from Boston, in the dead of winter. While snow falls on a dark January evening, my characters gather for a party; by morning the birthday boy is dead, his throat slit in his home office. It only made sense.

Through its long and sometimes troubled history, dark forests and harsh weather, New England continues to inspire writers. The themes of murder and mayhem have been part of a tradition passed down from its earliest authors. Let’s not forget Emily Dickinson, a nineteenth century resident of Amherst, Massachusetts. Death featured prominently in her poetry, not the least of which is this famous line:

Because I could not stop for Death

He kindly stopped for me

What more inspiration could a thriller writer ask for? 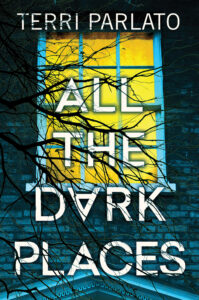 About The Author: Terri Parlato was born and raised in upstate New York and holds a BA in English Education from the State University of New York at Albany and an MS in Technical Writing from Rensselaer Polytechnic Institute. While she has always been a writer, Terri spent most of her professional career as a high school English teacher. A member of Sisters in Crime and the Atlanta Writers Club, Parlato currently lives in a small north Georgia town with her husband and their dog, Lucy. All The Dark Places is her first novel. For more information, visit her at www.TerriParlato.com. 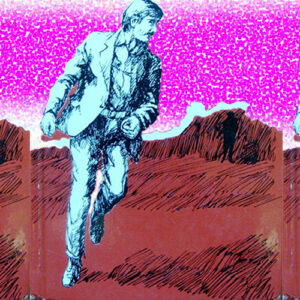 At age sixteen I was arguably a bumpkin, an utter yokel growing up in Illinois farm country with interests limited to baseball,...
© LitHub
Back to top