"I learned a great deal from all of the great British thriller writers, not only about writing but about the world"

At age sixteen I was arguably a bumpkin, an utter yokel growing up in Illinois farm country with interests limited to baseball, girls and hay-baling jobs for pocket money, not necessarily in that order. Two influences worked to broaden my outlook. The first was a high school Spanish teacher who forced me, somewhat against my will, to learn the language and sent me on a student exchange program to Cali, Colombia, where I promptly fell in love with a beautiful Colombian girl and realized that feminine appeal did not begin and end with Illinois farmers’ daughters. When I returned at the end of the summer I had decided that traveling and learning languages would not be a bad way to spend my life.

The second influence was my father’s collection of paperback novels. Mysteries had been his preferred escapist reading since boyhood, and he had amassed a trove that included old Pocket Books with their wonderfully lurid cover art and classic green Penguins from the U.K. Around that crucial age of sixteen, I started pulling them off the shelf. Both American and British authors were represented in abundance, but especially after my summer abroad, I found myself drawn to the classic British thriller writers with their international outlook. It was an education.

Since childhood I’d toyed with the notion of becoming a writer, but I was well into my twenties when I finally mustered the focus and persistence to actually sit down and write a novel. And when I did, I found that what I really wanted to write was something like those urbane, intriguing suspense tales set in exotic places that I’d discovered in my father’s library.

The British thriller is a big tent, covering everything from the old-school imperial adventures of John Buchan to the cinematic derring-do of Alistair MacLean, and I’ve devoured them all. There’s a whole school of manly adventure exemplified by the likes of Hammond Innes, Desmond Bagley and Gavin Lyall; there’s the pure espionage novel as represented by John le Carré and Len Deighton, with its career intelligence officers patiently pursuing deeply entrenched moles. There’s even a female branch, with Helen MacInnes and Mary Stewart placing resourceful young women in peril. They’re all wonderful. But I found myself particularly drawn to what’s called foreign or international intrigue. Categories are fuzzy; some of those I’ve mentioned above could qualify for the label. A look at a few favorite writers will help pin it down.

A foreign intrigue novel often involves espionage, but only as an intrusion into a settled existence, the unexpected trouble our hero gets into by misadventure. The hero of a foreign intrigue novel is seldom an intelligence professional. He’s a man with a job or a background that has taken him out into the world and given him practical skills. He’s an engineer, a scientist, a businessman or an ex-soldier. He gets involved in espionage or criminal mischief only reluctantly; he’s not looking for trouble. But once he realizes he has no choice, he deploys the skills he’s acquired in the school of hard knocks to save the day.

That’s the formula, but good writing is not bound by formula, and the books often defy it. There’s no better example than Eric Ambler, who in a series of books he wrote in the 1930s revolutionized the spy novel, rejecting cloak-and-dagger melodrama for the nuts-and-bolts realism of how espionage was actually practiced. His account in A Coffin for Dimitrios of the patient cultivation, by a spy working for the Italians, of a Yugoslav government clerk in order to obtain a copy of a map of naval minefields is a textbook example of spycraft. But it’s only an anecdote in the story of a British novelist gathering material on a notorious Greek criminal, purely for research. What drives the novel is the writer’s quest for the truth about Dimitrios, which takes him from Istanbul to Sofia, Geneva and finally Paris, where he gets more than he bargained for. There are spies at every turn, but the protagonist is a mild-mannered and ultimately overmatched writer of frivolous mystery stories.

And espionage was not always the premise: Ambler’s The Light of Day, which was filmed as Topkapi, was basically a caper novel, featuring the roguish Arthur Abdel Simpson, a half-British, half-Egyptian con man. Other Ambler protagonists include a Philadelphia lawyer sent to Europe to untangle a complicated inheritance case that has unexpected ramifications in Balkan politics, a professional ghostwriter blackmailed into editing a terrorist’s memoirs and a doctor on a Caribbean island roped into a revolutionary plot. What all Ambler novels have in common is a nicely evoked foreign setting, a protagonist who would just as soon not be involved, and Ambler’s witty, knowing take on the way the world works.

Writing at roughly the same time as Ambler was Geoffrey Household. His breakout novel was Rogue Male, published in 1939, on the eve of war. It has a remarkable premise: an English gentleman hunter, tramping through the Bavarian Alps in search of “boar and bear,” finds himself unexpectedly within rifle range of Hitler’s mountain retreat, and just out of curiosity, settles in to watch the terrace, rifle with telescopic scope in hand. He is, of course, discovered. Interrogated, severely beaten, he is tossed over a cliff. (The opening line of the book is his laconic observation “I cannot blame them.”) Miraculously he survives and manages to crawl away and make his way back to England, where he goes to earth, hunted across the landscape by pursuing Nazis. It is basically an extended hunting yarn, with the first-person narrator the prey, and it is relentlessly compelling.

The hunting theme was a favorite of Household’s, fugitives fleeing pursuit across the charming English countryside made sinister by unseen stalkers. He also set novels in a wide variety of other places, from wartime Lebanon to the grasslands of Colombia. (Household had an adventurous life, living and working in Europe, South America and the Middle East.) His heroes are urbane, unflappable, cool in a crisis, comfortable with horses, dogs and guns, equally at home indoors and out. His narrative voice was witty, understated, ironic. His best novels are the simplest in form: X is on the run, pursued by Y, and he has to use everything in his bag of tricks to stay alive. Besides Rogue Male I’d recommend Fellow Passenger, Watcher in the Shadows and A Time to Kill.

In a genre dominated by men’s men like Household, Helen MacInnes established a solid reputation writing about women. Her first novel, Above Suspicion, tells the story of a young English couple enlisted in an intelligence operation during the summer of 1939, with war clouds gathering in Europe. Under cover of a hiking tour through Germany and Austria, an Oxford don and his intrepid wife strive to pick up the trail of a missing agent, while dodging shadowy pursuers and taking stock of the metastasizing Nazi menace. Topical and urgent, the story was published in 1941. MacInnes went on to write more than twenty novels, all soundly based in real-life geopolitical issues and featuring smart, courageous women.

In 1962 a writer named Lionel Davidson took the British thriller to its most exotic setting in The Rose of Tibet. Set in 1950, the book is an exhilarating adventure story set against a very real political background. A British artist makes his way into Tibet, at the time a remote and little-known territory, in search of his vanished brother. He encounters marvels, but it is a world threatened with extinction, as the Chinese army is poised to invade. The story plays out against the unfolding catastrophe. The vividly evoked setting is all the more impressive considering that Davidson never went to Tibet, relying entirely on book research for the background. Other settings for Davidson’s novels include Czechoslovakia, Germany and, for several books, Israel, where he lived for a number of years. His final novel, Kolymsky Heights, is a techno-thriller set in the Russian far east.

Davidson’s style was cerebral, leisurely, oblique; his characters were sharply etched and his settings were fundamental elements, not mere backdrops. His dialogue was clever and engaging.

I discovered Lionel Davidson during my apprenticeship period as a writer. I was just starting to pay close attention to the craft, to the things that made some books better than others. I learned a great deal from reading him, and one of my supreme “I’ve made it” moments was when he condescended to deliver a blurb for my first Dominic Martell novel, Lying Crying Dying.

But then I learned a great deal from all of the great British thriller writers, not only about writing but about the world. Their sophisticated prose expanded my sense of what language could do, and they took me to the ends of the earth. Ambler, Household, MacInnes, Davidson and their peers made this Illinois boy want to go out and explore the world, and he is grateful to them. 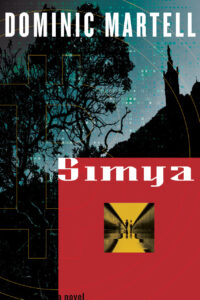 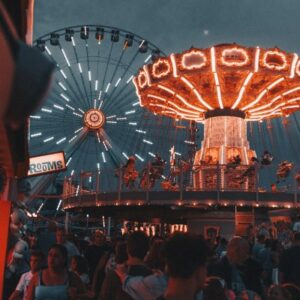 As a genre, crime fiction isn’t hurting for evocative settings. From stormy islands to isolated mountain cabins and desolate...
© LitHub
Back to top