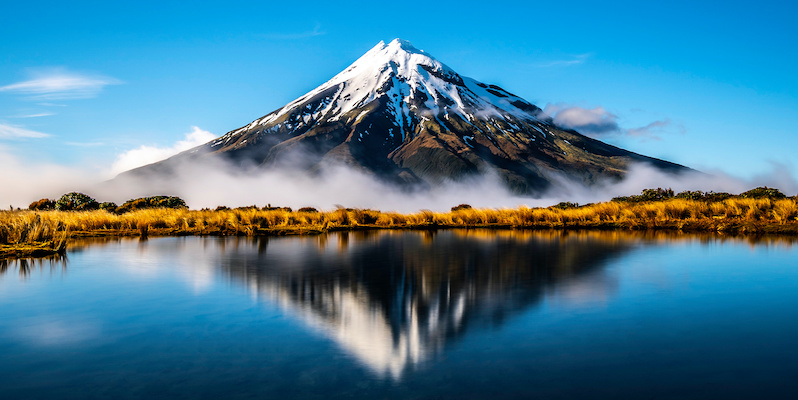 Four Kiwi authors you should be reading now.

I grew up in a small town on the west coast of Aotearoa New Zealand’s North Island. In the mid 80’s, Waitara’s short main street had two thriving, independent bookstores, with a well-stocked local library just around the corner. In this rural town of roughly 6,000 people, we were never far from a good book, and I always had a jumbled stack of novels next to my bed.

If reading was an accessible, essential part of my childhood, the idea of being a writer was as remote as our geographical location at the bottom of the world. By the time I got to high school, I knew of local women who had become sports stars, politicians, even famous actresses. But, with the exception of Booker Prize winner Keri Hulme, and the much-lauded dame, Fiona Kidman, the few New Zealand writers we studied at my Girls’ School felt like they were from a different universe. Women like Katherine Mansfield and Janet Frame, who seemed to have more in common with the Bloomsbury Set of London than they did with me. Essentially, they were the Virginia Woolf to my Virginia Andrews. And when I shifted to an American high school for my senior year – we only studied men.

It would be years before I understood New Zealand’s significant contribution to the cannon of popular crime fiction. Like many a stumbling protagonist, it can take a while to see what’s right there in front of you, but she had been there all along: Dame Ngaio Marsh. Born in Christchurch in 1895, Dame Ngaio Marsh began writing crime fiction in the 1930s, the era known as the ‘Golden Age of Detective Fiction’, and for her prolific body of work, she is considered one of the true ‘Queens of Crime’, right up there with that other grand dame of the genre, Agatha Christie.

The truth is, growing up, I never read Agatha Christie, either. My experience of crime writing was largely confined to non-fiction. My mother and sister were true crime afficionados long before the advent of podcasts and streaming services, and our household was filled with books exploring cases that had captured the nation’s attention in New Zealand: the Crewe murders. The unsolved disappearance of Kirsa Jensen. The 1954 murder of Honora Parker by her daughter Pauline, and Pauline’s best friend, Juliet Hulme, two teenagers who would go on to be immortalized forty years later by Peter Jackson in the hit film Heavenly Creatures.

All of this is to say, I consider it something of a lucky accident that I now get to call myself a crime fiction writer. While Before You Knew My Name begins with a young girl’s murder, I was both surprised and thrilled (excuse the pun) to find the novel embraced by an eclectic crime community both at home, and abroad. It doesn’t hurt that my debut was released in a prolific period for New Zealand crime fiction. Championed by Kiwi crime connoisseur Craig Sisterson, the founder of New Zealand’s annual crime writing prize, The Ngaio Marsh Awards, an impressive number of Yeah Noir* writers have been busy making a name for themselves all over the world.

These days, budding Kiwi crime writers looking for inspiration have an abundance of award-winning, best-selling, homegrown authors to look to. I can only imagine what that stack of books next to my bed would have looked like, had the following Ngaio Marsh Award winners and shortlisted nominees been published back then:

Rose Carlyle’s debut thriller The Girl in the Mirror caused a sensation when it was published in 2020. With film rights optioned before it was even released, the novel became an instant bestseller and Ngaio Marsh finalist in New Zealand, was selected as a Book of the Month in the US, and the New York Times raved that the story was ‘insanely plotted’ and ‘riveting’. While identical twins Summer and Iris Carmichael spend much of their love-hate relationship sailing across the Indian Ocean together, Auckland-based Carlyle says there is a definite New Zealand flavor to the novel. With a twisty, page-turning plot I don’t want to go anywhere near spoiling, I’ll leave it to readers to see for themselves exactly what she means.

J.P (Josh) Pomare blazed onto the local literary scene in 2018 with his debut novel Call Me Evie. A psychological thriller set in a remote beach town in New Zealand, the novel won the 2019 Ngaio Marsh Award for Best First Novel and earned a starred review from Publisher’s Weekly upon it’s US release. Pomare’s Aussie-based follow-up, In the Clearing, is currently being adapted for the screen by Disney+, while his latest thriller, The Wrong Woman, features a wary private investigator returning to his former life in small-town USA. As noted by Kirkus Reviews, Rotorua-born Pomare is a crime writer readers should definitely keep on their radar.

Auē, the stunning debut from Becky Manawatu (Ngāi Tahu), won the 2020 Ngaio Marsh Award for Best Crime Novel, along with New Zealand’s richest literary prize, the Jann Medicott Acorn Prize for Fiction. A genre-blending bestseller, the New York Times called this gritty yet lyrical examination of gang culture, intergenerational trauma, and familial love a ‘devastating, beautifully written tale’. Manawatu has said she wrote the book in memory of her cousin Glen Bo Duggan, who was murdered when he was just 10 years old. In his honor, she has created a modern New Zealand classic that deserves both its local awards, and international praise.

A triple Ngaio Marsh Award winner, Christchurch-born Paul Cleave’s self-professed ‘dark’ crime novels have sold over a million copies and been translated into more than 20 languages. His 2021 thriller, The Quiet People, featuring a successful crime-writing couple who may or may not have committed the perfect murder, also earned a starred review from Publisher’s Weekly, and there’s a small-screen adaptation of his hugely successful 2006 debut novel, The Cleaner, in the works, funded by international hitmakers, Lionsgate Television.

Keeping these talented Yeah Noir authors company are a host of other Ngaio Marsh Award winners and finalists; for a comprehensive introduction to the Kiwi crime collective (along with some well-known mates from Aussie), check out 2020’s Southern Cross Crime by Craig Sisterson, and the recently published Dark Deeds Downunder, an anthology of crime and thriller writing edited by Sisterson and Lindy Cameron.

*Yeah Noir or #yeahnoir is a riff on the slightly confusing habit New Zealanders have of saying ‘yeah, nah,’ to a proposal we don’t agree with. Although sometimes … we do. 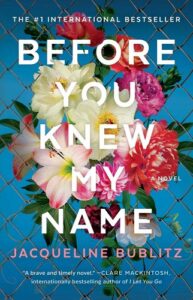 Jacqueline Bublitz is a writer, feminist, and arachnophobe who lives between Melbourne, Australia, and her hometown on the west coast of New Zealand's North Island. She wrote her debut novel Before You Knew My Name after spending a summer in New York, where she hung around morgues and the dark corners of city parks (and the human psyche) far too often. She is now working on her second novel, where she continues to explore the grand themes of love, loss, and connection. Find out more at JacquelineBublitz.com. 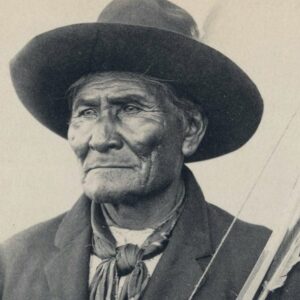 Before Geronimo met any white Americans or came to think of them as enemies of the Apaches, he spent years fighting Mexicans....
© LitHub
Back to top