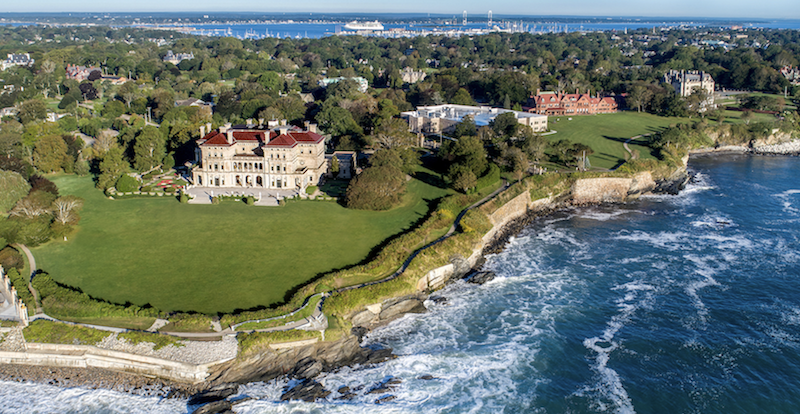 By definition, part of what makes a mystery a “cozy” is that it takes place within limited geographical boundaries. The action rarely takes the characters beyond the scope of a small town or neighborhood, where most of the inhabitants know one another, along with one another’s business, and there are often limited means of leaving, which puts both the suspects and potential victims at greater risk. Think And Then There Were None, or Murder on the Orient Express. In the former, the characters have gathered on a remote island. In the latter, they’re traveling on a train. They can’t simply hop in a car and go.

Newport is a small city at the southern end of Aquidneck Island. During the 1890s, when the Gilded Newport Mysteries are set, as well as now, those who live there year round tend to know one another and keep track of one another’s news. Most locals share a similar history: roots in Newport that extend back for at least several generations; often Irish or Portuguese heritage—or both; and a pervasive sense that there’s really no good reason to leave the island, but doing so constitutes a major trip that warrants packing the car (or, in the 1890s, the buggy) with supplies. Until the 1929 opening of the Mount Hope Bridge in Portsmouth at the northern end of the island, there were only two ways onto the mainland: trains that crossed the Sakonnet River into Tiverton and headed north, or by boat. In the 1890s, neither trains nor ferries ran at night, so unless one had access to a private vessel, one was stranded for the night.

What did being stranded mean? The center of Newport, huddled on the west side of the island, was predominately made up of narrow streets, either unpaved or cobblestone, lit by gas lanterns, with saltbox Colonials and Federal-style homes crowding the sidewalks. Walled gardens are common. Alleys and tiny side streets connect one area to another, at least for those who know the way. Along the waterfront, Thames Street was lined with one wharf after another, each housing shops, business, industries, warehouses, and taverns. The pungent odors of the day’s catches of fish and lobster would have permeated the air. Many a night, encroaching fog off the harbor added its veil to the town’s dim lighting and muffled its sounds, creating secretive nooks and crannies where anything might happen.

This part of the city, in its northwest quadrant, has existed since well before the Revolution, in the early days surrounded by farmland. While we might like to think of this lovely seaside hamlet as a close-knit, hardworking, family-oriented place where the good folk looked after one another—and to a large extent, this was and is the case—it’s also true that crime has been prevalent throughout Newport’s history. Smuggling, theft, murder, prostitution, assault, drunkenness—none of these were uncommon occurrences. Because while, at its core, Newport has always been a small, intimate community, its population has always swelled temporarily depending on the time of year, usually the summer months, turning an almost isolated village into an international hub. And with the influx of diverse people (in the early days comprising seafarers from around the world), with varied customs, conflicting ideas, and opposing ambitions, well, to put it mildly, trouble could brew.

As we travel south from town, we come to miles of rocky, unforgiving coastline that juts, twists, soars and drops with little warning, bordered by the endless Atlantic tides that have the power to erase all evidence of even the worst crimes. Here, in the 1890s, houses were few and far between, with dark, deserted Ocean Avenue, now referred to as the Ocean Drive, offering a treacherous route to the unknowing nighttime traveler.

Coming around the southern, storm-battered tip of the island, we head north again along the eastern shores and Bellevue Avenue, where mansion after mansion sits proudly on the clifftops, commanding panoramic ocean views. Termed “cottages” in the Gilded Age, these summer homes of the wealthy, or Four Hundred as they were called, (based on the number of guests who could fit comfortably in Mrs. Astor’s New York ballroom), were each a tiny city unto itself. In fact, most houses generated their own electricity through giant furnaces fed with coal. Each estate comprised upper and lower classes, i.e., the families who owned them and their guests, and the servants, grooms, gardeners, maintenance men, deliverymen, etc., who served the families and kept the homes running. With each house, each family, each staff member, came rivalries, secrets, personal ambitions, resentments, etc. As in the city proper, the mix of personalities and circumstances could easily bring about conflicts within and between properties.

And let us not forget who dwelled in those “cottages.” Vanderbilt, Astor, Berwind, Morgan, Belmont . . . They were not merely wealthy, they were the captains of American industry—railroads, coal, steel, banking—who became known as “robber barons.” Why? Because of their ruthless business practices that were often to the detriment of their workers and others less fortunate than themselves. This was a time of burgeoning technology and fortune, a time of great philanthropy, but also a time of labor disputes, financial panics, and the growing divide between rich and poor. Nowhere was this more evident than in a city like Newport, where rich, poor, and working class lived and worked in such close proximity they touched elbows, at least figuratively speaking, on a daily basis. As each family strove to outdo the other in spending, the conspicuous consumption of people like the Vanderbilts and the Astors, who, despite their philanthropy, were often blind and tone deaf to the suffering around them, would have been both shocking and galling to the ordinary people. Would animosity have festered? I think it’s safe to say, “You bet!”

At the same time, Newport has always been and remains a beautiful, fascinating, exhilarating place, one that maintains a firm grasp on the hearts of residents and visitors alike. Art, architecture, history . . . it’s all there to be experienced firsthand, much of it as it existed a hundred, two hundred, even three hundred-plus years ago. Newport, for all its faults, has also been a city of ideas and tolerance, as evidenced by the variety of places of worship to be found there—Touro Synagogue (the oldest still used in America), The Old Quaker Meeting House, and every imaginable denomination of Christian churches. While Newport’s conflicts and contentions, along with its atmospheric quality, make it a perfect place to set a murder mystery, it’s the city’s vitality and excitement, bathed in heady ocean breezes, that make people passionate about this City by the Sea, and make the reader care what happens to a young sleuth, a Native Newporter and Vanderbilt cousin, who straddles both worlds and cares deeply about both, and who believes in seeing justice done in the city she loves. 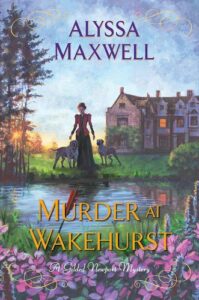 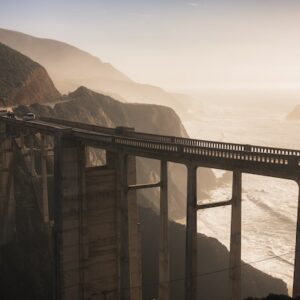 My love affair with the Gothic novel began at roughly the age of fourteen, which is when I began devouring every book the Brontë...
© LitHub
Back to top