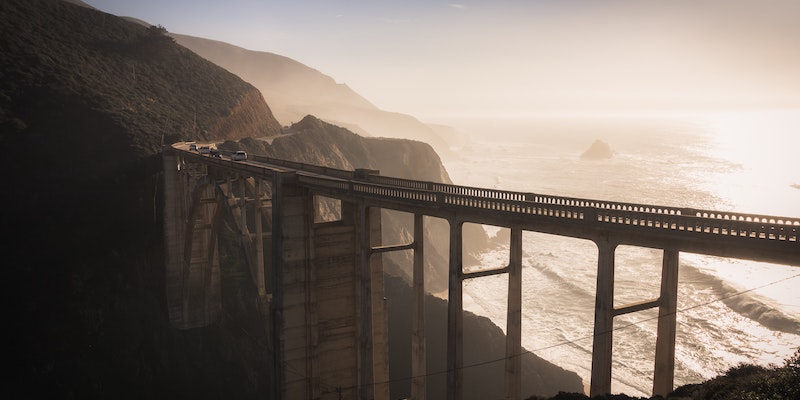 "Your mind plays tricks with you in the fog": why Big Sur is a natural setting for dark romance and supernatural happenings.

My love affair with the Gothic novel began at roughly the age of fourteen, which is when I began devouring every book the Brontë sisters had ever written. I became infatuated with the elements of a Gothic setting: tumbling-down towers and ruined ancient abbeys; mysterious mansions with secret passageways leading to ghastly hidden chambers; and graveyards with crumbling tombstones covered in moss.

And the Gothic landscape, of course. Isolated. Atmospheric. Both beautiful and ominous; romantic and deeply disturbing.

When I first visited Big Sur on the Central California Coast, I was struck by the feeling that this could be a terrific Gothic setting. Not that it was exactly isolated: it overflowed with tourists—summer, spring, and fall. Nor was it very ancient and crumbling: the oldest structure had to be less than a hundred years old. But here was the essential drama and romantic atmosphere of a Gothic novel; and it gave me the inspiration of setting one here.

And after several more years and several more visits, I began to write a thoroughly modern Gothic thriller called Mrs. Rochester’s Ghost, inspired by Jane Eyre, and set in Big Sur and neighboring Carmel-By-The-Sea. My modern Jane, like her classic predecessor, arrives at a secluded estate owned by a mysterious man—in my version, a tech entrepreneur named Evan Rochester who is under suspicion of having murdered his wife. And when Jane begins to imagine she’s being haunted by the dead Mrs. Rochester, she is compelled to search for the truth of what happened, despite what it may prove about her employer whom she’s grown to love and possibly putting herself in danger.

I soon discovered I was right: the Big Sur setting was a Gothic natural.

First of all, there’s the fog. Big Sur is known for heavy morning mists that can linger until early afternoon. But these aren’t Dickensian pea-soup fogs: they swirl and drift, enwreathing the bluffs and shivering through the redwoods; and so fog became my atmospheric equivalent to the Brontës’ Yorkshire moors. Bleak to some, but conveying a subtle and mysterious beauty—one highly conducive to dark romance and supernatural happenings.

Your mind plays tricks with you in the fog. You see ghosts and mystical beings. Is there actually a mysterious woman walking on a fog-drenched bluff with what seems to be a knife in her hand? As Evan Rochester says to Jane in Mrs. Rochester’s Ghost:

to stop myself from reaching out and trying to grab them.

And Jane can’t be sure if the ghost that’s haunting her is real or just a mind-trick. Something threatening or just another puff of fog.

Which makes the fog (like the bleak Yorkshire moors) an excellent conduit of mystery. When everything is veiled in swirling white, you can get away with murder. No one will see you plunge that knife into a beating heart or throw the lifeless body into a turbulent sea. Or if anyone does see you, all you’ll be a flickering silhouette. One moment there, the next swallowed in a cloud. They won’t be able to trust their eyes.

But the fog can just as quickly lead to your undoing. It’s as easy to get lost in it as it is in a snowstorm on the moors. Take one wrong turn, make one misstep, and you may find yourself plunging into a deep ravine or being swept away by icy current.

That brings me to the next Gothic attribute of the Big Sur coast: the dichotomy between staggering beauty and an ever-present sense of danger.

Each time I drive the winding Highway 1 from Monterey to Big Sur, I’m in awe of its spectacular beauty. One jaw-dropping vista after another. But it also scares me out of my wits. On one side of the car, a steep drop to the thrashing currents of the Pacific Ocean. On the other, sheer cliffs rise straight up from road. And later, looking out at the coastline from an Airbnb, I’m equally awed by its high drama: breakers thrashing over black rocks; crazed whitecaps flinging themselves suicidally at the bluffs. Thrillingly dangerous—especially to an east coast native used to mild Atlantic surf and gentle white sand dunes.

And this brings me to one last Gothic attribute of the Big Sur coast that I want to mention: it’s a setting that suggests madness. A geologist friend once said to me, “The more dramatic the landscape, the more unstable it is.”  And I’d thought, “You could probably say the same about a lot of people.” And so, in Mrs. Rochester’s Ghost, I weave in the narrative of Beatrice Rochester, who narrates a tale from the past of passion, cunning, and madness.

Beatrice might have been murdered or she might have taken her own life. Or she might have accidentally taken one step too far into a treacherous sea. But just as the Big Sur landscape is beautiful, dramatic and unstable, so, it becomes clear, is she. 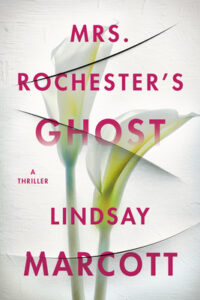 Lindsay Marcott is the author of The Producer's Daughter and six previous novels written as Lindsay Maracotta. Her books have been translated into eleven languages and adapted for cable. She also wrote for the Emmy-nominated HBO series The Hitchhiker and coproduced a number of films, including Hallmark's The Hollywood Moms Mystery and the feature Breaking at the Edge. She lives on the coast of California. 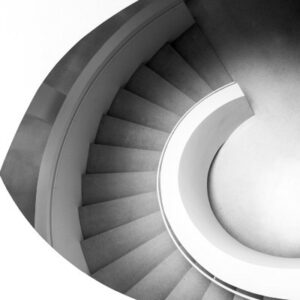 In seventh grade I was bedridden with the flu for two or three days, and my mother bought me some paperbacks to read while...
© LitHub
Back to top