Noir Fiction: When the Real Is Too Raw

Laird Barron on leg-breakers, Alaskan hard men, and writing toward a piece of the truth.

Once, a bush pilot who moonlighted as a leg-breaker for a minor crime lord offered my father a handful of cash to help collect a debt. The scene between this guy and Dad didn’t go down like it would’ve in one of my stories. We’ll circle back to that.

Pulp literature loves its heroes and villains. Loves ‘em larger and bolder than life and painted in broad strokes. Generic lit goes for poetic naturalism; Daddy hated me and Mommy loved me too much and it’s oh so complicated because who’s to say what is good or evil? Postmodern and brutalist types avow that the stars are to blame for our flaws. Neither heroes nor villains exist; there’s merely action and reaction. We’re all crushed under the heel of the military industrial juggernaut and it’s dog eat dog, man. Dog. Eat. Dog. Of these, the naturalists and brutalists come nearest to the real affect. Yet, by necessity even these modes fall back upon style and stylization in the end.

My parents gradually accrued what might be politely termed an eclectic group of friends and associates. Amidst the Christian fundamentalists, dog mushers, and construction buddies, was another stratum of associates. Hell’s Angels, Trilateral Commission conspiracy theorists, dope dealers, and goons of various specialties. Now, my parents weren’t dope dealers or bikers, and despite a deserved reputation as a hard-bark mountain man, my father quailed when presented with a lucrative request to accompany a leg-breaker to Homer and recover a sizable debt from some hapless schlub. I stood in the doorway of our ramshackle cabin as the leg-breaker casually offered my dad the gig. The goon, a private pilot, owned a light airplane. He said, John, I’m flying down there in a couple of hours. Bring your .41. All you gotta do is watch the back door. I’ll handle the rest. Dad, cockiness fading, asked how much. The goon smiled and produced a thick roll of bills and started peeling a few. Sixteen-year old me was mightily curious how my old man would react. I’d seen him fight, had listened to stories of his frightful experiences in Vietnam. His toughness was legendary among dog mushers. Frankly, adolescent me was a little surprised and vaguely disappointed that he hemmed and hawed and declined before listening to all the details. Perversely, I think that encounter shamed him. Our already sour relationship took a precipitous nosedive afterward.

In my early 20s, not long before hitting the eject button and flying clear of Alaska, I lived near a town called Willow. The stretch of the Parks Highway between Willow and Wasilla (the latter now infamous as the stomping grounds of former Governor Sarah Palin’s clan) was a rural gauntlet of taverns, haphazardly placed shops, wrecking yards, and deserted gravel lots. Quonset huts, doublewide trailers on blocks, and half-finished houses illustrated a quiet frontier desperation.

A colorful ex-con named Tommy operated within those precincts. Tommy did time at the Goose Creek Penitentiary; warrants dogged him. He allegedly peddled coke for some bigger fish in Anchorage. Tommy drove a wired-together Datsun, or a motorcycle for the three months a man could do so without freezing his family jewels off. His favorite pastime included getting drunk at the lodge and harassing townies who alighted for weekend flings. He hated “the man.” To demonstrate his disdain, he’d snip pocket change in half with pliers. His hands were those of a mechanic: blocky and ingrained with grease and dirt. Some of his nails had gotten squashed and never grew back right. Quick to take offense, quick to assert dominance, he beat the tar out of people on occasion and his knuckles were skinned. I saw him around, although we didn’t talk much. I was the kid who mushed dogs and kept my nose clean, so maybe he was slightly avuncular and that’s why he left me alone. Tommy disappeared one day. Word came down, a state trooper tried to pull him over on one of those warrants. Tommy was carrying drugs and an unregistered pistol. He crashed his motorcycle and fought the trooper. The .9mm discharged in his pocket during the scuffle. Nothing dramatic, nobody got hurt. This wasn’t a crime novel or a thriller of the week television show. However, it all added up to a long prison stretch and I never saw him again. Everybody at the lodge, including his bosom buddies and mortal foes, shrugged and moved on to sports and the weather.

Tommy was just a man. Far from the most infamous or wicked I’ve met. Yet, he’s chief among the figures that populate my imagination when I reach for an archetype to cast in a hard-boiled role.

For me, that moment when we learned of Tommy’s downfall, and the anticlimax of my dad’s refusal to ride along with an honest to God enforcer, are instructive. They are lessons that have taken root in the back of my mind and twisted into something I can’t quite define. Those of us who write noir, crime, and thrillers, try like hell to communicate experiences that are simultaneously prosaic and life-shatteringly immense. To distance ourselves from the event, we juice the details unto poetic saga and ascribe clean-cut, plausible motivations; via the three-act structure we impose order upon chaos.

Reality is a universal solvent and is best treated as such. As an artist, one learns to ration that stuff.

Fiction is the act of forging a myth, of translating a signal into a common tongue. Truth may be the essence of great writing. But the key word here is essence. I think of writers such as J. Todd Scott, Robin Burcell, Chris Irvin, or Joseph Wambaugh, or anybody who possesses hands-on expertise with the brutish side—be it as a law enforcement agent, a victim, or a scofflaw. A grain of sand in the eye is plenty to flow those tears. A drop of concentrated poison will fill the order. You don’t need to crawl across a dune to know the desert’s out there, gnawing and growing. You don’t need to swallow the whole bottle with the skull and crossbones label when a sip tastes like death. Reality is a universal solvent and is best treated as such. As an artist, one learns to ration that stuff. A lot of people, arguably most people, want Jack Ryan, John Wick, and James Bond as personal avatars in their pop art. They want Darth Vader and Satan to hoist the Jolly Roger. Black and white. And I get it, truly. I’ve had my fill of dirt sandwiches and the banal evil of heartless bosses and feckless in-laws. Everybody has. Give the audience an archetypal character with a mythic problem and we’re hooked. The uncanny valley of quasi-realism is territory best left to the rare few who can pull it off.

I strive to write even the most fantastical characters and situations with at least a nod to realism. Those characters are often composite images of the living and the dead and it seems the least I can do. Yet, and yet. There are things I want to say, but cannot. I hold my hand to the flame for a moment, and then the pain is always bigger and brighter than I’d reckoned. Writers speak of opening veins and bleeding on the page. Sometimes the real is too raw, regardless of whether it’s strained through the filter of make believe.

Even the bravest among us are on intimate terms with fear. Our job isn’t reportage. It’s tell you half of it and let you dream the rest. 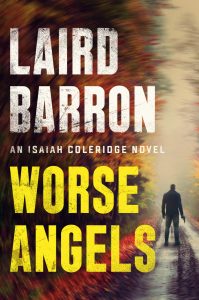 The Copyright Battle that Gave Cinematic Life to Dracula 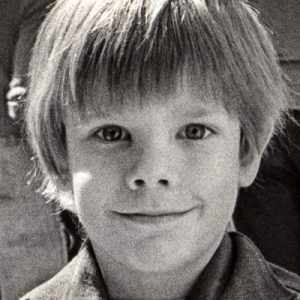 Down Prince Street in SoHo—past the palatial, multilevel Apple store and adjacent to the cast-iron Polo Ralph...
© LitHub
Back to top