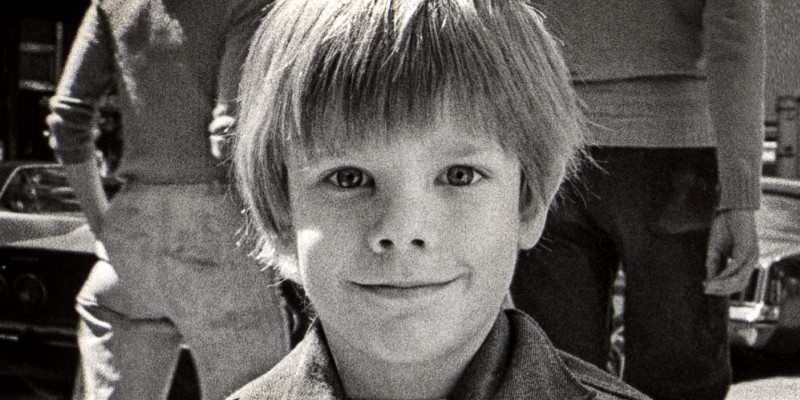 Stranger danger and the specter of childhood.

Down Prince Street in SoHo—past the palatial, multilevel Apple store and adjacent to the cast-iron Polo Ralph Lauren storefront touting “luxury suitings”—sits the longtime home of the Patz family. Stanley and Julie Patz purchased their spacious third-floor loft in 1972, the year in which their son Etan was born and before SoHo’s late twentieth-century metamorphosis into a hub for haute couture. 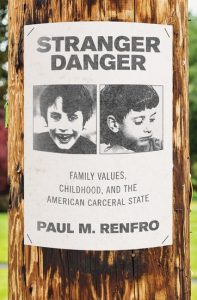 As garment and print manufacturers vacated the area in the 1950s, 1960s, and 1970s, a cadre of artists, bohemians, young professionals, and families moved in. The Patzes belonged to this cadre and forged enduring bonds with its other members. “What makes SoHo a small town,” one 1980 New York Times article explained, “is the friendship and a shared sense of survival that links its early settlers. They were in the trenches together.”

The war metaphor notwithstanding, the SoHo of the seventies “was gritty,” a longtime resident recalled in 2012. After all, the neighborhood was part of a city in crisis. Amidst violent crime, financial insolvency, and crushing austerity in the mid-1970s, a network of public sector unions printed and disseminated provocative pamphlets dubbing New York “Fear City.”

“Until things change,” one of these pamphlets warned, “stay away from New York City if you possibly can.” Still, the “tight-knit community of artists and factory workers” helped make SoHo feel like “a little town”—seemingly shielded, to some degree, from the convulsions felt throughout the rest of the city.

Then, on May 25, 1979, six-year-old Etan vanished. That morning, Etan set out to walk the two blocks to his school bus stop, alone, for the first and last time. His mother Julie watched her son pass Wooster Street, just one street over from the bus stop at Prince and West Broadway. On that block, Etan stopped to buy a soda for lunch at a bodega where eighteen-year-old Pedro Hernandez worked as a clerk. By Hernandez’s own account, he lured Etan to the basement of the bodega by promising the boy a soda. Hernandez then choked Etan to death, thrust his body into a plastic bag, fit the bag into a box, and threw the box into a dumpster.

But none of these details became widely known until 2012, when Hernandez confessed at the behest of his family. Etan Patz was considered a missing person from 1979 through 2001, at which point a Manhattan surrogate court judge declared the boy officially dead. Across those two decades, Stan and Julie Patz searched tirelessly for their son and joined the interlocking missing children’s and victims’ rights movements. Their ordeal changed them in ways that few people can understand.

During those long, fruitless, frustrating years of searching, the city surrounding the Patzes changed dramatically as well. New York went from “Fear City” to a heavily fortified and sanitized financial wonderland. Etan’s disappearance marked “a turning point,” as one resident told the Times, in the histories of SoHo and New York City.

“Up until that time,” the Patzes’ attorney told CNN, “all of us felt that our children had free rein of the streets.”

As the foremost investigator in the Patz case recalled on CNN in 2001, “parents would leave baby carriages outside of bakeries of a candy store just to run in for a moment to get something,” though Etan’s disappearance brought an end to this practice. “Up until that time,” the Patzes’ attorney told CNN, “all of us felt that our children had free rein of the streets. From that time on, we guarded our children so there would not be another Etan.” And as Lisa Cohen—author of the 2009 book After Etan—explained on CBS, “I can’t tell you how many times people have said to me, ‘How could [Etan’s mother Julie] let him walk to the bus stop by [himself]?’ That was what people did back then.”

The reconfiguration of spaces like SoHo has much to do with deindustrialization, white and capital flight (and their reversal through gentrification), financialization, and the intensification of “nuisance” and “broken windows” policing.

But the specter of childhood innocence looms over all of these different considerations. Concerns about the “safety” and “security” of specific children—particularly those who resemble Etan Patz—played a considerable role in New York’s extraordinary late twentieth-century transformation.

Such anxieties—alongside generous federal benefits and the construction of highways—helped draw whites into the suburbs, thereby diminishing the city’s tax base. Decreased revenue precipitated New York’s dire fiscal crisis in the mid-1970s, which policymakers used as a pretext for implementing sweeping austerity measures. Cuts to previously robust social assistance mechanisms and city services—from trash collection to public safety—generated widespread discontent and intensified anticrime sentiment, as demonstrated by the “Fear City” pamphlet, responses to the Patz case, and celebrations of the “Death Wish killer” Bernhard Goetz.

Taken by Etan’s father Stanley, a professional photographer, the stunning images of young Etan that blanketed New York City following his disappearance supplied a visual backdrop for the city’s growing financialization (spurred primarily by Democratic leaders reckoning with the fiscal crisis) and its escalating, racialized crackdown on drugs and crime across the 1980s and into the 1990s. Julie Patz estimated that some 500,000 of such photographs had been circulated between May 1979 and October 1981, and Etan became one of the first missing kids featured on milk cartons in the mid-1980s.

The vilification of New York’s young people of color—whether in the Central Park jogger case, the Tompkins Park rebellion, and the Crown Heights rebellion—contrasted sharply with portrayals of the paradigmatic crime victims: white women like Trisha Meili and children like Etan Patz.

Notions of child safety also propelled the “Disneyfication” of Times Square and Manhattan—that is, their transformation into “family-friendly” tourist sites—which entailed the displacement of people experiencing homelessness and sustained attempts to shutter “adult” businesses.

Yet even after New York’s murder rate dropped considerably and its housing costs skyrocketed in the twenty-first century, the anxieties that swirled around the Patz case lived on. Fears of crime (and terrorism) have continued to shape not only policy but also the political and cultural narratives that define New York.

Put simply, even though New York City is one of the safest large metropolises in the United States, the idea of allowing children there to walk or play without adult supervision is anathema.

Put simply, even though New York City is one of the safest large metropolises in the United States, the idea of allowing children there to walk or play without adult supervision is anathema. Lenore Skenazy learned this fact the hard way in 2008 when she let her nine-year-old son scour the racks, alone, at Bloomingdale’s on the Upper East Side, after which he took the subway and bus home. Skenazy’s friends in New York City reprimanded her for this decision by marshaling the names and faces of young stranger danger victims like Etan. Skenazy wrote about the affair in a New York Sun column, which she then parlayed into the (still active) blog Free-Range Kids, a book, and appearances on countless television programs.

Her efforts helped fuel the nationwide free range movement, which hopes to restore a certain level of autonomy and agency to children in New York City and beyond. The movement has accomplished a great deal—namely allaying prevailing fears of stranger danger and helping scores of Americans reevaluate their approaches to parenting. Yet the crusade did not and cannot undo—at least not in the short-term—the effects of the Patz case and its associated imagery.

Since 1983, May 25—the date of Etan’s disappearance—has been observed as National Missing Children’s Day. While raising awareness about the plight of missing and exploited kids is certainly a noble cause, these sorts of tributes have misrepresented the scope of “stranger danger” tragedies like Etan’s. While one hundred to three hundred American children are abducted by strangers in any given year, these kinds of cases receive a significant share of news media coverage related to missing and endangered children. Far more young people run away from home or fall victim to parental abduction.

But the phenomena of runaway children and parental kidnapping did not help reconfigure public and private in New York City and beyond in the late twentieth century. It was stranger danger cases like Etan’s that transformed neighborhoods like SoHo—not just by limiting children’s autonomy and their ability to roam freely but also by deeming certain sites “dangerous” (the un-gentrified urban neighborhood or the address listed on the sex offender registry).

The Patzes sold their SoHo loft last September for $3.75 million. The grungy but close-knit neighborhood in which parents let their children wander had given way to a safe—yet alienating—chic, corporate citadel in which “free range childhood” is taboo, if not verboten. The specter of childhood innocence helps explain this shift and encourages us to ask if the dominant, fearful model of childrearing best serves the needs of our children and our society.

Noir Fiction: When the Real Is Too Raw 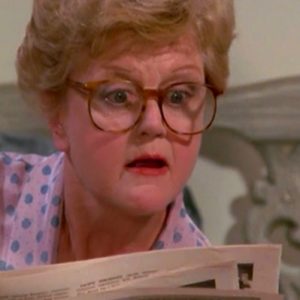 Thankfully, we have books! I can’t tell you how much that thought has crossed my mind since social distancing and stay-at-home...
© LitHub
Back to top