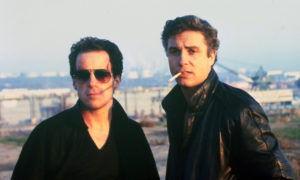 William Friedkin made arguably the greatest horror movie: The Exorcist; one of the all-time great cop movies (if you can stomach the main character’s racism): The French Connection; and this crime thriller classic starring Willem Dafoe and William L. Petersen, a renowned counterfeiter and a Secret Service agent respectively. Based on the book of the same name by U.S. Secret Service agent Gerald Petievich, the film is stylish and manic, and finds Friedkin again topping the list of greatest chases ever with a freeway scene featuring cars going full-speed the wrong way. It’s more than the chase—it’s about loyalty, ego, and rage, about two professionals at odds—but the chase is more than enough. 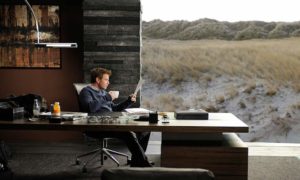 The fictitious former British Prime Minister Adam Lang (inspired by a not-too-enigmatic Tony Blair) is ready to complete his memoirs, and Ewan McGregor, a successful ghostwriter known as The Ghost, is tapped to do it. The project has been in progress for years, managed previously by Lang’s long-term aide, who recently died in an accident; The Ghost is hesitant to take the job, but as it’s the former PM’s memoirs, it’s a pretty good opportunity (and he gets to stay in his ultra-modernist house in Martha’s Vineyard). However, as The Ghost digs into the research, he becomes aware of a dangerous truth linking Lang to the CIA, and grows suspicious of the connection between this discovery and his predecessor’s death. But beyond political implications, The Ghost begins to fear for his own life. It’s moody and twisty, and with Polanski at the helm, there’s no going wrong. 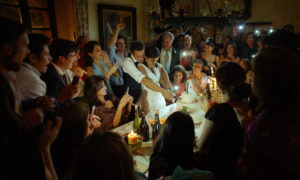 The latest emotional thriller from Asghar Farhadi, the revered Iranian filmmaker whose 2012 and 2017 Academy Awards for best foreign-language film (A Separation and The Salesman respectively) have placed him in the company of foreign auteurs like Fellini, De Sica, and Bergman, is a pulse-pounding nightmare in the Spanish countryside. Laura (Penelope Cruz) returns to her hometown with her two children for a family wedding. Her teenage daughter, Irene, meets a local boy who tells her a secret: before her mother moved to Buenos Aires, she was in love with another man, Paco (Javier Bardem); but todos lo saben—“everybody knows,” he assures her. And then, in the middle of the wedding festivities, Irene is kidnapped. This is Farhadi’s loudest, most dressed-up thriller to date, but doesn’t skimp on his trademark character-mining tension.

Read more about the “emotional thrillers” of Asghar Farhadi here. 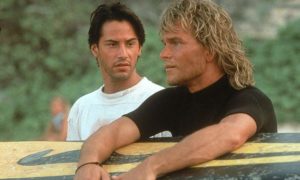 Kathryn Bigelow is easily the greatest working filmmaker, and while she’s always made waves, they’ve never been more literal than in the case of Point Break. Keanu Reaves is an FBI agent named Johnny Utah who infiltrates a surfer gang suspected of a slew of recent bank robberies. Led by a magnetic Patrick Swayze, the crew is intoxicating, and Johnny soon finds himself caught up in the thrill-seeking life they chase, in no small part due to his romantic interest in one of the members. It’s an intimate hard action flick—sexy, gutsy, and real, with plenty of big thrills and machismo to go around. With the current Keanu renaissance and the perennial power of Bigelow, this is required viewing. 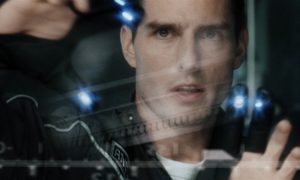 Minority Report takes the premise of the Philip K. Dick story of the same name, and builds an action-packed sci-fi thriller that may land closer to Hollywood’s values than Dick’s, but nonetheless, poses the metaphysical and transcendental questions key to any PKD story, with added visual thrills, imagination, and a menu of high-tech gadgets. John Anderton, a federal detective in the year 2054, relies on the visions of psychics to prosecute crimes before they happen. But when he learns of his own involvement in a future murder, he begins to suspect he’s been set up by his own department. With Spielberg behind the camera and the spotlight on Tom Cruise, it’s early aughts entertainment at its best. 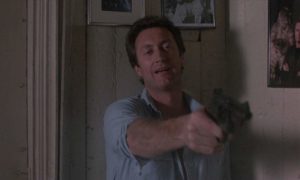 A special effects artist, a staged assassination, and a set up—this is prime ‘80s neo-noir. Rollie Tyler (Bryan Brown) is the best special effects artist Hollywood has to offer—so good that two plain clothes agents from the Justice Department want his help staging the assassination of a mobster-turned-witness. But only after he agrees and pulls off the stunt does he realize he’s been double-crossed: now his life is on the line for the perceived hit. Action-packed, clever, and with no shortage of special effects, Rollie uses his magician-esque skills to evade the killers on his tail while solving the murder. Before the network was established and FX became synonymous with Fox, F/X was industry shorthand for “effects” (insider speak that was lost on everyone, but went unchanged for the sequel and the short-lived spin-off series from the ’90s, both of which are better off skipped). 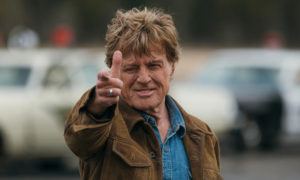 Robert Redford retired, and this was his sweet farewell. The true story of career criminal Forest Tucker, played by a most gentle Redford, picks up here in the twilight of his life, shortly after his escape from prison at the age of 60. Along with a ragtag team of elderly robbers known as “The Over-the-Hill Gang,” the aged crook uses his newfound freedom to pull off a number of bank heists. Adapted from David Grann’s 2003 interview with Tucker, the movie may wring the sociopathic implications out of Grann’s reporting, but it’s smooth and suave and so what if movie-Tucker is more courteous and endearing than real-life-Tucker? We’re lucky to get one more dose of that Redford charm. 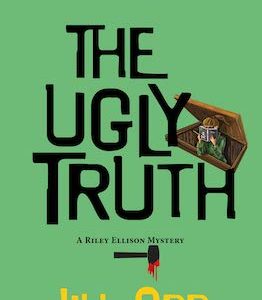 Southerners will go to great lengths to avoid speaking ill of the dead, no matter how much they hated a person’s guts while...
© LitHub
Back to top