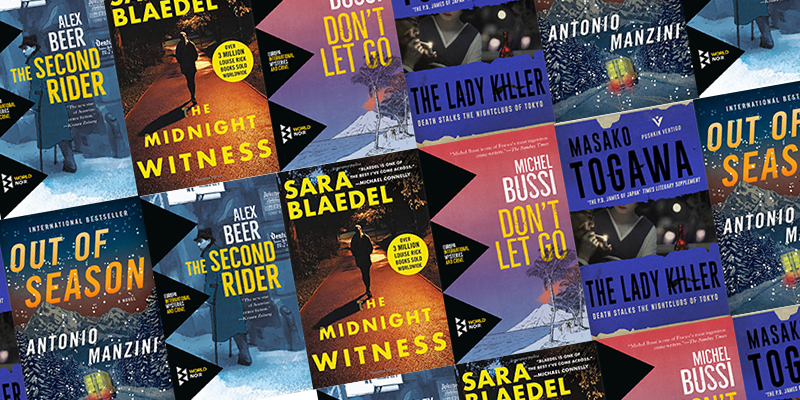 Nordic Noir, Japanese Avant-Garde, and the French on Holiday

Every month, like customs agents with a penchant for literature and a dash of intrigue, we’re scouring the latest imports to these shores looking for the best crime novels, mysteries, and thrillers. Whether you’re a devotee of Nordic Noir, French crime, or you’re looking for the next big thing from the far corners of the mysterious world, chances are there’s a good book headed your way. This month brings a new series set in post-war Vienna, the Copenhagen-based mystery that started it all for Sara Blaedel, another Japanese mystery stunner, and a whole lot more. 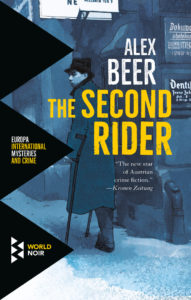 Set in immediate post-war Vienna, full of unemployed former imperial bureaucrats and enough socialists to earn the city the nickname of “Red Vienna,” a veteran haunted by the war is murdered, and it’s up to Inspector August Emmerich to solve the crime and restore a small bit of order to the chaos reigning around him. This first-in-a-series mystery should please fans of Philip Kerr and Jonathan Rabb. 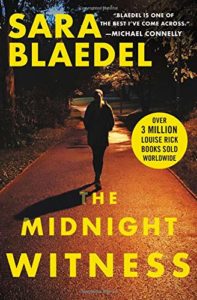 Blaedel, Denmark’s reigning “Queen of Crime” is by this point an international phenomenon and one of the world’s most widely read authors, and Grand Central is going back to the origins by making Blaedel’s earliest work available for American readers to devour all over again. The Midnight Witness is the very first in Blaedel’s long-running Louise Rick series. Copenhagen is rocked by a pair of murders—a young woman found dead in a city park, and a journalist strangled at the Royal Hotel—and an inexperienced detective with a personal connection is assigned the case. The rest is Nordic Noir history. 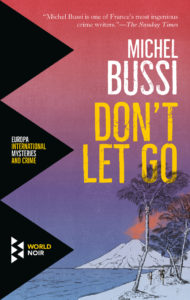 Bussi has established himself as one of the most prominent and exciting voices in French crime fiction, and now his reputation is spreading quickly in American mystery circles. In his latest to come to the States, a family travels to France’s favorite far-off holiday destination, Réunion island in the Indian Ocean, and a baffling disappearance soon throws the family idyll into havoc. Bussi is a master of suspense and knows exactly how to shatter a seeming paradise. 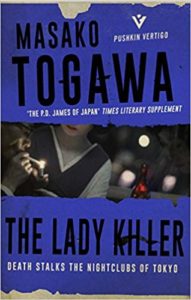 This is the second of Pushkin Press’ ongoing project to reissue the crime fiction works of writer, actress, nightclub singer, and gay rights activist Masako Togawa. In this, her most famous work, a man dressed as a woman is killed by a passing bus, and a mysterious woman waits for years for his return. Flashbacks to before his death gradually reveal the outlines of a terrible tragedy, while commenting on a gendered landscape. 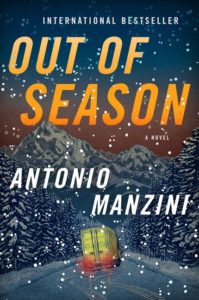 Antonio Manzini, Out of Season (Harper)

The latest from author, actor, director and screenwriter Antonio Manzini, Out of Season takes us into the cold spring of the Alpines, where winter refuses to loosen its hold on the land, and a young woman has been kidnapped, then stranded in the deathly weather. It’s up to Deputy Police Chief Rocco Schiavone, a cop known for always going his own way, to track down the missing girl before she dies of exposure in this race-against-time thriller. 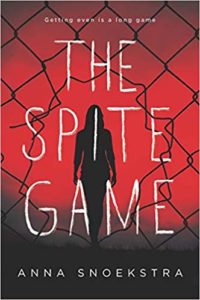 Anika Snoekstra, one Aussie noir’s leading lights, has a new suspenseful psychological thriller out just in time for Halloween. The Spite Game features a long-bullied schoolgirl’s gleeful plan for vengeance, in a plot described as “Mean Girls meets Stephen King.” That’s a combination we can get behind here at CrimeReads. 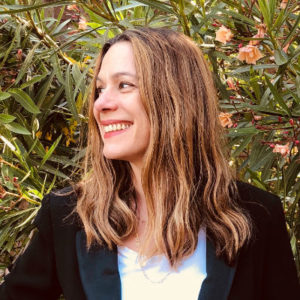 Sara Gran’s books are mysteries about mysteries. They insist that we won’t or can’t see what’s right in front of us; they...
© LitHub
Back to top