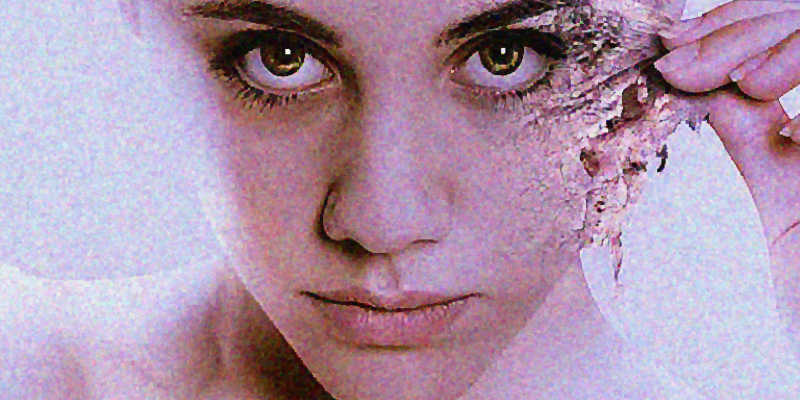 Why Body Horror Is Such an Evocative Tool in Storytelling

"Body horror is powerful because it is personal."

The Death of Jane Lawrence has a lot of it. Gory surgeries, tissue growing out of place, mortification of the flesh in pursuit of magical attainment. And the remnants of past horrors are everywhere: preserved medical curiosities, abandoned medical equipment, wedding rings made of human bone, and on and on it goes. It’s gross, and creeping, and bloody. Too much, for some readers. Probably not enough for others.

Body horror is, in some ways, the easy option. It hurts. It disgusts, by definition. We all have bodies, and the entry fee of being embodied is the certainty—not the risk, the certainty—that eventually, something will go wrong with it. We will lose control of it, we will suffer indignities large and small, we will at some point (at multiple points) have to redefine what it is to be ourselves as our bodies change in ways we can’t predict. And even when everything is working “normally”, there are still little horrors that we’ve all learned to welcome: pregnancies, painful growth spurts, aging.

That familiarity is what makes body horror such a visceral, overwhelming, powerful tool in storytelling. It gets a knee-jerk, gut-level reaction. It can flense open barriers between author and reader. It can be transcendent, in its extremely physical reality. To accompany a character through their suffering is to get to know them, intimately.

But it can also be so intimate that it can hurt. It can slam the door on readers. The trick is in finding the right balance for the story at hand. Too much, and you risk readers shutting down, or becoming desensitized. Too little, and it can be jarring, out of place when it does crop up.

And what might be too much in one setting may be just right through a slightly different lens.

The Death of Jane Lawrence is as much about magic as it is about body horror. The two are intertwined from the very beginning. Take the opening surgery: a man comes to Dr. Augustine Lawrence’s office in agony, clawing at his belly, and when they cut into him, they find not a hernia, or an intestinal blockage, or cancer, but his entire large intestine turned into a klein bottle, an impossible knot where every internal surface is external and vice versa.

Suddenly, we’re far beyond nature. Our heroine, Jane, overhears her soon-to-be husband whispering about chalk and salt and heresies behind closed doors. She doesn’t know it yet, but she has been dragged into a hidden part of the world by dint of bearing witness to another man’s suffering. Her nails are caked in blood, and though she acted only to help, this is life and death. This is 1800s surgery. The ether only does so much.

And then there’s another of Dr. Lawrence’s patients, this one dead before the story even begins. Mr. Aethridge comes to Dr. Lawrence’s teacher when his injuries heal not with scar tissue but with new bone. Over time, his joints fuse together, his lung capacity diminishes, his body warps. It responds to treatment by bounding even faster toward becoming a bone cage. His malady is based off of a very real (albeit very rare) condition, fibrodysplasia ossificans progressiva, a genetic condition that first becomes apparent in early childhood, and that, while it can be managed, often leads to fatal complications. In the book, this is all still true—except for Mr. Aethridge’s case.

It’s this in-world discrepancy between what his doctors expect and what Mr. Aethridge is experiencing that both increases the horror of the situation for all the characters involved, and makes sure to disentangle it (and its less-than-innocent cause) from an actual medical condition for readers.

Introducing magic to the mix gives us an opportunity to play with all the visceral grossness of body horror while pulling it away from the real world, building in a little distance for the audience. With magic, things can get downright weird. Skulls can appear fully-formed inside abdomens. The dead can walk. Our fears can reach the sublime, where the grotesque becomes almost beautiful, where fear is just another form of arousal.

Body horror plus magic seems to almost require transformation, to invite possibility. The changes in us are horrible, the indignities nigh unmanageable, but perhaps—perhaps, on the other side, there is something incredible. Terrible. Awe-inspiring. Once magic is in the ring, the body and death and suffering become abstracted, and all the lines get redrawn and transgressed.

But even in this quasi-real space, we still have to remember: our readers have bodies.

Our readers have individual bodies, have individual medical histories, have a wide variety of fears and lived experiences and cultural backgrounds, and every time a writer makes a decision in how to depict a body (whether it fits the hegemonic cultural standard or diverges from it), that decision touches on a hundred different associations and judgments. Body horror isn’t abstract. People live with it, every day, sometimes for only a brief period, sometimes for their entire life. There’s a huge difference between living with it, and seeing it from afar and fearing the threat of it.

Body horror, it has to be said, runs a higher than usual risk of veering off into ableism, either intentionally or accidentally. See stories that position becoming disabled as a “fate worse than death”, antagonists with marked visible disabilities when compared with the “heroes”, etc. Even assuming you’re trying to avoid accidental harm here, you’re still going to mess up from time to time. Just as your readers have bodies, so do you, the author. You have your own personal fears, your unexamined assumptions, your pet fascinations.

What’s to be done about that?

A place to start (along with doing a lot of reading) is by exploring the experience of the body horror itself, and not just using it for shock and window dressing. Illness and disability can be terrifying to experience, but where that terror comes from is a much richer and wider landscape than you might imagine from the outside.

Over the course of the last year, I had three miscarriages. For those playing at home, that’s one every four months on average, leaving me to deal with not only the grief and anxiety of what the miscarriage meant, but an almost nightmarish cycle of the miscarrying itself. Every four months, I went through a hormonal firestorm, complete with nausea and exhaustion and tenderness, that every time culminated in excruciating pain. It happened regularly enough that I could anticipate every step, but I couldn’t avoid it.

The pain was probably the easiest part to deal with. It was cathartic, and followed a narrative, and had an end point. The hardest part, by far, was the loss of control.

And the loss of control was embodied by the fact that each time, I bled for weeks.

Every time I thought, maybe, I could go back to normal, I’d smell blood the moment I went to the bathroom. Every day that I just wanted to sleep in, or go back to normal life, I’d have to first make sure I wasn’t leaking. It might sound like a small thing, a petty irritation, but at about day nine, every time, I’d reach a point where I felt like I was a monster. Disgusting, unreliable, uncontrollable. (There’s a lot here that’s bound up in cultural ideas of cleanliness. And there’s also just pure frustration.)

And then there were the days where it wasn’t just blood. Miscarriages, even medically managed ones, happen in stages. About a month after my first miscarriage (on the night of the election!), my body gifted me with what can only be described as a withered flesh grape.

(Here’s another thing body horror does: it gets us, reader and writer, intimate with each other really fast. It’s humiliating, but also a little freeing.)

Taken all together, I’d say that’s quite a bit different from the standard narrative of “bleeding starts, pain, shock, crying,” wouldn’t you?

You may not have ever experienced a miscarriage, but I suspect you’ve gone through something, or seen somebody you’re close to do the same. You have, somewhere in you, a very personal understanding of what it’s like to be inside a body that both is and isn’t you. That is what you need to reach for, whether your body horror is mundane or magical, prosaic or operatic. You may have never experienced having your intestines rerouted into an impossible object, but you know what it is to be afraid, to not understand what’s happening to your body. You may have never swallowed a half-formed chick, still-soft talons scratching at your throat, but you know what it is to choke down medicine. You might even know what it is to haul yourself through painful tests or treatments.

Body horror is powerful because it is personal. Magic doesn’t make it less so, only broadens the definitions, the sources, the meanings. Play, but play carefully. Play honestly. And remember, always, that there will come a day where you’ll have to grapple with that bloody darkness yourself. 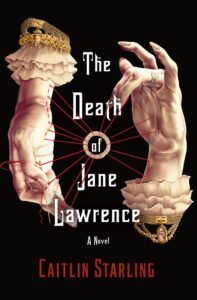 Caitlin Starling writes horror-tinged speculative fiction of all flavors. Her first novel, The Luminous Dead, won the LOHF Best Debut Award and was nominated for both the Bram Stoker and Locus Awards. She is also the author of the gothic horror tales Yellow Jessamine and The Death of Jane Lawrence, as well as a novella in the Vampire: The Masquerade audio collection, Walk Among Us. Her nonfiction has appeared in Nightmare and Uncanny. Starling also works in narrative design, and has been paid to invent body parts. She's always on the lookout for new ways to inflict insomnia. 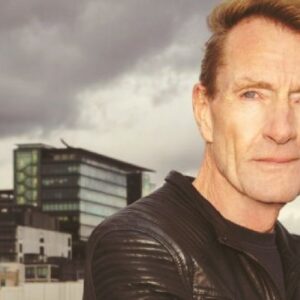 Heather Martin is the authorized biographer of Lee Child and the author of The Reacher Guy (Constable at Little, Brown in the UK and Pegasus...
© LitHub
Back to top