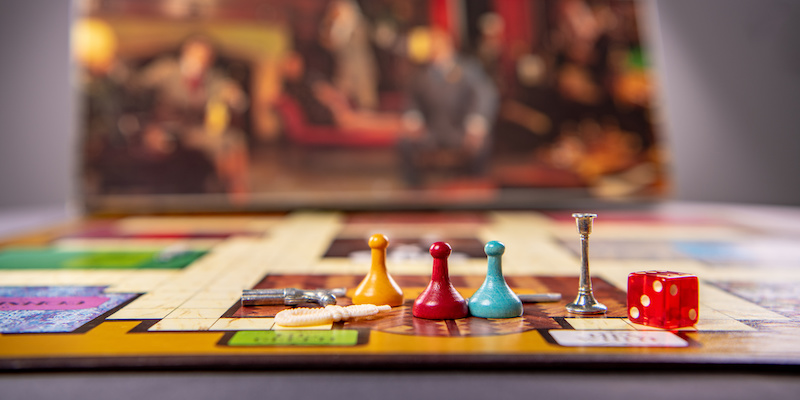 On Growing Up in a Family of Murder Mystery Addicts

Katy Watson spent her childhood surrounded by (fictional) murder. So why did it take her so long to write a murder mystery?

One of the first public events I attended after lockdown was a Solve-Along-A-Murder-She-Wrote at a London cinema, with my mother, brother and cousin. Together, we cheered as Jessica Fletcher asked probing questions and tested alibis in a convent full of nuns. All the while our host, dressed as Jessica in various guises, asked us to judge who we thought was most suspicious—based entirely on which guest star was most famous when the episode originally aired in 1987.

It was an absolute hoot, and we loved every moment of it. You see, I grew up in a family of murder mystery addicts, and a mass solve-along is absolutely our idea of fun.

As a small child, my first murder mystery memories are of watching Murder She Wrote with my mum. She even threw me a Cluedo (or Clue) themed birthday party one year, with giant, homemade suspect cards, a murder mystery treasure hunt, and a murder doll cake with lots of red icing…

But my mother wasn’t the only one who liked a good murder.

It started, as most things in my family did, with my grandparents. Grandma and Granddad loved a murder mystery. In fact, they were such huge Inspector Morse fans that, when visiting Oxford for my cousin’s graduation, they actually tailed him around the city to ask for his autograph.

They passed the love on. My uncles and aunts share crime novels and book recommendations at parties the way other families share recipes. A cousin once detoured an entire family holiday many, many miles out of their way via Devon to visit Agatha Christie’s holiday home, Greenway. The new Simon Brett novel is a standing item on many birthday lists, and I don’t think it’s entirely unexpected that my brother’s partner is an actual detective.

Of course, I wasn’t immune. I progressed from Murder She Wrote to reading my way through Agatha Christie’s back catalogue on family holidays, cocooned away from the rain in a caravan in North Wales, or sitting in the sun somewhere in France. I listened to audiobooks of Dorothy L Sayers’ Lord Peter Whimsey stories while recovering from nights out at university—I also studied a whole module on crime fiction as part of my English Literature degree.

On my twenty-first birthday, I lost most of my mates in a nightclub and snuck off home with my best friend to watch the movie Clue, and still maintain it was the best way to spend a milestone birthday. I travelled around Australia and Singapore and the UAE with a battered omnibus of M M Kaye’s Death In… murder mysteries, comfort reading them around the globe to feel a little less far from home, even as each story took me to a new and exotic location.

Even my husband wasn’t immune to the family obsession. In fact, a murder mystery provided his way in to the family.

It was the first large scale family holiday he’d attended—just me, my parents, my brothers, a few aunts, uncles and a handful of cousins. Of course, we planned a murder mystery game for one evening, and my then new boyfriend joined in with enthusiasm, playing an American suspect, accent and all. The real clincher, though, was when it was revealed that his character was hiding his true identity through a series of false names – and accents. By the time he’d cycled through American, French, English and one or two others, all with equal enthusiasm, various family members were already nudging me and saying, “Hold onto this one, he’s perfect!”

They got their way, and we married six years later, in an art deco themed wedding—because the only thing both sides of the family could agree on was their mutual love of Hercule Poirot.

So far, so murder mystery themed, right? Perfect backstory for a crime writer.

Time for a plot twist.

I started writing professionally after my daughter was born. And in 2013 I sold my first novel.

But it wasn’t a murder mystery. It was a Young Adult baking-themed romance.

Over the next seven years, I wrote more than forty books. Books for teens, for younger children and for adults – I wrote romance and women’s fiction and general fiction and plenty more besides.

But no murder mysteries.

Worse than that—I stopped reading them, too.

It wasn’t an intentional thing. More that, writing four or five or even six books a year in different genres, while also raising a family, took up a lot of time. My reading time had to be carefully managed—I was either reading other books in the genres I was writing, or non-fiction research for my stories.

Which didn’t mean my family had given up hope, though. At every family gathering someone would ask when I was going to write a murder mystery. At my first book launch, my agent bonded with my family over Murder She Wrote and Midsomer Murders. And at the back of my head, I always wondered if I could…

Had I learned enough, was I a good enough writer now, that I could write a convincing murder mystery? That I could weave all those red herrings and motives and clues together into something compelling and just a little bit magical – like all the murder mysteries I’d loved over the years?

The answer from my subconscious always came back, Not yet.

And then it was 2020. The world was in lockdown, I had two books on deadline, two big book releases that summer, I didn’t know when I’d be able to see my parents or my brothers again, and on top of that I had to home school my children.

By the summer, once the books were out and the deadlines were met, I was ready for a break. But my agent was already on the phone, tentatively asking me what was next. I was out of contract with two of my main publishers. I needed to be writing proposals, pitching ideas, finding the next project.

Take a break, my agent said, when I explained. Rest. Read. In fact… read this.

This, as it happened, was Stuart Turton’s marvellous The Seven and a Half Deaths of Evelyn Hardcastle.

If you haven’t read it, it’s a compelling, twisty, slightly paranormal take on a classic country house murder mystery. It’s clever and fresh and I loved it.

And it got me thinking.

Suddenly, I knew exactly what I wanted to write next.

I wanted to write a book that took everything I loved about classic, golden age detective stories, and brought them into my contemporary world. I wanted to explore why those stories have stayed with me—and with so many others—over the years. Why they matter to us, even now. Especially now.

I wanted more than just a murder mystery. I wanted to take everything I’d gained writing in other genres and bring that in too. I wanted to write strong women with lessons to learn—about themselves, and the world. I wanted secrets and lies and love and hate—and friendship, more than anything.

And so, The Three Dahlias was born.

It’s the story of three actresses, all from different generations, who have all played—or are about to play—the fictional golden age detective, Dahlia Lively.

There’s Rosalind King, star of the original 80s movies, who by now is a genuine National Treasure. Next, Caro Hooper, who starred in the long running TV version, and who basically believes that she is Dahlia. And lastly, we have Posy Starling, an ex-child star fresh out of the fame wilderness—and rehab—to take on the role for a new movie reboot.

They’re brought together at a fan convention at Aldermere, the family home of the late Lettice Davenport, the author who created Dahlia, and initially clash horribly. But when the weekend turns murderous—they have to work together to find the culprit, mostly by asking themselves ‘What would Dahlia do?’

It was the hardest, most complex, and by far the most satisfying book I’ve ever written. Dreaming up a fictional detective inside a work of fiction was such fun, and I loved bringing to life three women I now feel I know better than any of my friends.

But most of all, revisiting all the things I loved about golden age crime, through a contemporary lens, made writing this country house mystery feel like coming home.

As did sitting in that cinema with my family, watching Jessica Fletcher catch the bad guy/most famous guest star, as we solved along with her. Since I started work on The Three Dahlias, I’ve read dozens of crime novels—some new, some old—and fallen fully in love with the genre again.

And so, it seems, has my daughter. I’m already planning the cake for her next birthday party. Now, where did I put the red icing…? 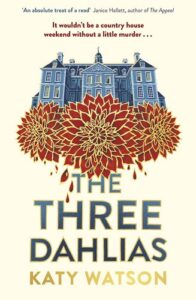 Growing up in a family of murder mystery addicts, Katy Watson learned early to look for means, motive and opportunity. After studying English Literature – with a sideline in crime fiction – at Lancaster University, she set about teaching herself to write her own stories, while also experiencing enough of the world to have things to write about. Two careers, a lot of airmiles, one husband, two children, three houses and forty five published books for children and adults later, lockdown finally gave her the means, motive and opportunity to create her own murder mystery with the aid of her scientist husband’s knowledge of poisons. Three Dahlias is the result. 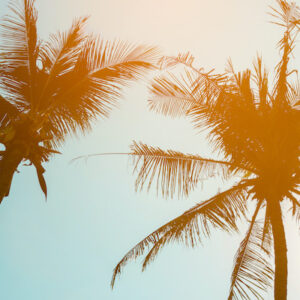 I aspire to be the feminine embodiment of California Noir. I like neon skies and neon signs. I like the way sunburns turn...
© LitHub
Back to top