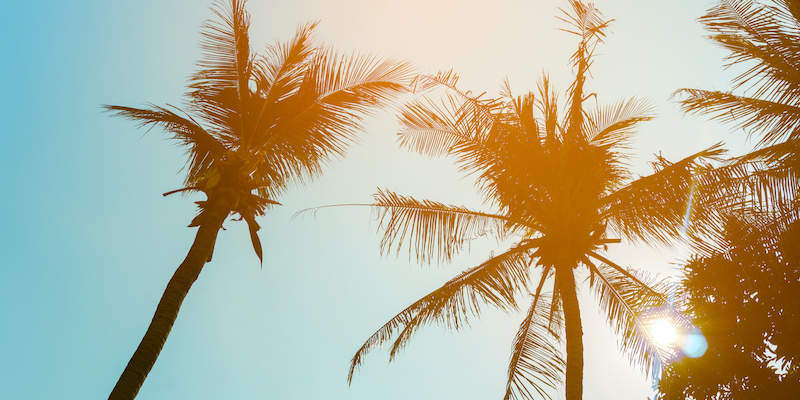 Or, how to write a California crime novel when you've never actually been to Los Angeles.

I aspire to be the feminine embodiment of California Noir. I like neon skies and neon signs. I like the way sunburns turn to freckles. And like in the Cali Noir, I have a dark angsty underlayer. I giggle flirtatiously as I describe my debut novel The Roommate as a psychological thriller when there’s a straight-up slasher scene. I like to imagine Dorothy B. Hughes did the same when describing In a Lonely Place.

The Roommate is about Donna, a restless twentysomething who unexpectedly inherits a turquoise bungalow in SoCal. After settling in, she recruits a roommate to help pay the bills. But soon, she realizes her sunny, quirky comrade is not a long-lost bestie but a dangerous, violent serial squatter. What could go wrong?

Squatting is a pervasive, morally existential problem that only adds to the intrigue of SoCal. It encapsulates, in my opinion, the self-aware cynicism that’s integral to the Cali Noir, which is why I wanted to mix it with this style. There’s something sweet and sticky about squatters since they oftentimes begin as our friends.

As I worked on the book, I kept thinking about one of my all-time favorite scents, the orange tanning gelee called Bain de Soleil. Like the Bain de Soleil slogan, Cali Noir lures you in: Welcome to a place more colorful. Once you’re there, you find orange blossoms and caramels, vanilla and sugar canes, marshmallows and smoke. So much smoke. Then someone gets murdered.

I mean who cares though, right? It’s California, baby, and the skies are clear and the sun is shining, and the—

I’ve actually never been to Los Angeles. I’m scared it will trap me.

I’ve seen it happen. My husband’s an actor and a lot of our friends are actors and they all move out there and lose their goddamn minds. In the heat with no rain or notable seasonal change. In dangerous, planet-ending fires.

But new Californians move there and think they become happy which, to me, is the horror. They think they feel good and look healthy and are more present than ever. They’re just like—so, so, so present. As they commute 90 minutes to their favorite hiking trail since LA is the second-largest city in the United States but the twelfth most walkable according to Walk Score. The bike score is even worse and the transit score is even worse, barely passing 50 points. Hey, like, that’s an F.

So looking at squatters, it’s no surprise people in California are desperate to settle into a place and keep it, considering how hard the stats show it can be to find housing and get around. The squatter situation is extra prominent there.

I’d known about squatters, but not thoroughly, before I read William Brennan’s brilliant “Worst Roommate Ever” in New York Mag in 2018. Squatting is a tale as old as time—simply, it’s when abandoned or unused property is taken over by someone new. People do it. Animals do it. A shelter gets left behind and someone else comes in. In California, there’s a stark list of squatter’s rights supported by an adverse possession law that grants possession of a property after someone occupies it for five years.

If five years sounds like a long time, think about making a case against a squatter and then twisting through the mind-numbing, never-ending beauracracy of the court. All without access to your house or only half your house or with someone in your house, all up in your space, who won’t go away. And you can’t get them out.

Here’s the thing, though—what’s known as a hostile squatter may not always be hostile. A squatter can claim a good faith mistake or even admit to trespassing, in which case, they can oftentimes continue to reside on the property as the case inches its way through the system.

On top of that, the definition of possession gets funky. If a squatter claims actual possession, that means they are not trying to hide their existence at all. They care for the property, upgrade it, and maybe do a little landscaping. They may even start to care for a property during a short tenancy and then refuse to leave, barring other tenants or occupants from entering.

Many squatters start as good renters that get along with their landlords. Then later they say, “How is this bad? I redid the floors. I put in a garden. I removed the asbestos. This place was unsafe, inhabitable, and I made it nice.”

But sometimes, as happens in The Roommate, part of their thoughtful renovation includes replacing doors and locks. Then what?

But look, my book isn’t a horror story about California’s houseless. LA and San Francisco are two of the most densely populated cities in the country. According to the United States Census Bureau, 95% of California’s population resides in cities. It makes sense to want to protect people without homes and vulnerable tenants, especially during housing crises.

At the core of the issue, houseless people should be able to move into abandoned houses. And not only do I want everyone to be housed, but I want everyone to be housed in nice places they feel proud of—colors and textures and smells and design how they like it. Tie-dye sheets and ceramic rooster collections if they want. A sunroom with floor pillows and fairy lights to smoke pot in. I don’t know.

But as indicated in Brennan’s piece as well as in my book, a serial squatter is a different beast. A serial squatter may win and get the property and then reveal they were never after the home at all. They wanted something more sinister—hassle, superiority, control. It’s a drug to them. When all is done, they go and start on somebody new.

This rendition of the squatter shakes me. I can only imagine the sick, scary rush of finding a lived-in presence in my attic. Ever since I wrote the book, I get scared the occasional sounds of squirrels and mice might be a person. A threatening man living in a home within my home, waiting on me to get out.

My mixed feelings and questions on the matter are on par for the Cali Noir.

It’s a hard spank of a genre—demented macabre disguised in sex and sunscreen. The fitting Cali haze demands you suspend disbelief more than most other genres. For example, in the California Noir, Raymond Chandler’s The Big Sleep, P.I. Philip Marlowe is hired by a general to untangle an elaborate blackmail scheme against his daughter, Carmen. From there, the plot splits into about twelve different paths but all meet at the same finish line: Carmen is a murderer whose insatiable need for sex has pushed her to the motherfucking brink.

Feminist? I don’t want to talk about it right now but read this. Juicy? Yeah. But regarding the twelve different plot paths I mentioned before, no one knows what’s going on. Not even Chandler, who, when asked by film producers about who murdered the chauffeur character, said, “They sent me a wire… and dammit I didn’t know either!”

After a point, the logistics don’t matter as much as the vibe. Because who cares when you’re winding through the hills down Mulholland Drive to your sexy motherfucking amnesia-causing car accident? I want that. Opening a blue box and finding nothing but darkness? Baby, I want it, get me the blue box!

But some critics are less patient with Cali Noir’s signature lack of explanation. J. Hoberman called Mulholland Drive a “poisonous valentine to Hollywood” in The Village Voice.

The Roommate is for sure a poisonous valentine. My version of Topanga is super researched but likely super inaccurate. Reading Lisa Taddeo’s amazing Animal (2021), I was like, “Ha ha, fuck!” The very real, tangible geographical portrayal of Taddeo’s Topanga Canyon makes my replica of the Hollywood Hills look like one of those miniature Christmas Villages.

But before I get all dégoût de soi, let me say I celebrate the surreal and hyperreal. I adore a caricatured villain, a vivid but unrecognizable setting, a ridiculous coincidence. I wanted to take a real issue and crank the volume up to ten thousand.

Leading up to my first book launch, I laugh—darkly, characteristically—that this romanticized map of Topanga Canyon I brewed and stewed and researched for two years is a place I’ve never seen or even really understand.

It’s a place I made up, here in the Midwest snow, with lukewarm coffee and salty boots and flat pasty tits. So maybe I’m not as glam as I hope. But the unrivaled angst and pressure to be happy in SoCal is a nightmare of its own from where I’m standing here in Chicago, where I’m allowed to be sad, at least for a majority of the year when it’s cold AF and we’re all mooding along in our moods.

California Noir is a bizarre subspace of film and literature, titillating with its hills and heartbreaks and hot days. It demands us to confront the surreal, relish in the unbelievable, and find excitement in those scary late-summer shadows. There, we can curl up in our chaise lounges and feel our hearts race, enjoying the fear in every thump.

The angst of Cali Noir is self-aware. It knows what it’s doing. That’s what makes it so hot. 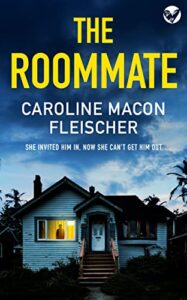 Caroline Macon Fleischer is an author, teacher, and editor. Her first book, The Roommate, comes out Summer 2022 via Joffe Books. She has worked as a playwright and dramaturg with companies including Lookingglass Theatre Company, Chicago Dramatists, Chicago Children’s Theatre, and others. Her writing has been published by American Theatre Magazine, The Rumpus, MAKE Magazine, and more. She is a co-founder and editor of the small chapbook publisher, Fruit Bat Press, and lives in Chicago with her husband, son, and Border Collie. See more at www.caromacon.com

On Growing Up in a Family of Murder Mystery Addicts 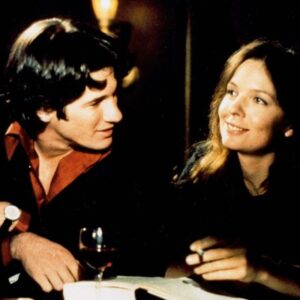 As I’ve been watching an eclectic bunch of classic films lately, it occurred to me that I was unintentionally watching...
© LitHub
Back to top