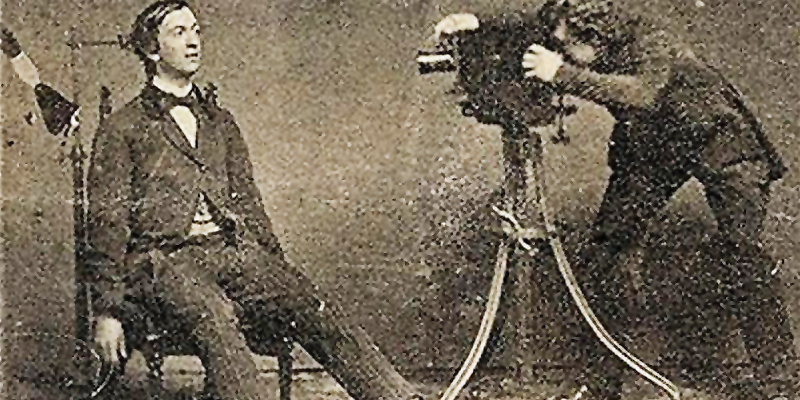 It’s never good news when a phone rings at 2:30 in the morning. It’s probably a wrong number, you tell yourself. Still, between the first and second ring, you do a lightning round of everyone you love who might be at risk before you pick up. Did Mom seem worse the last time I spoke to her? What about that old friend who’d confessed they’d found a lump? It’s for this reason I usually turn off my ringer before I go to sleep—if it’s bad news, it’ll be there still in the morning. That December night I hadn’t. Looking back, I now wonder if I’d expected the call.

“I’ve the worst news.” My father-in-law’s voice was controlled on the other end of the line. Careful. Like he’d knew he’d be dealing us a blow. “It’s Joyce.” My mother-in-law. The woman who’d embraced me like a daughter, not just her son’s wife. The woman everyone called the epitome of loving kindness.

She’d entered the hospital several days earlier for a hip replacement. Routine surgery, we’d been told, even for a woman six months shy of her eightieth birthday. Turned out it wasn’t so routine after all.

Confronted by Joyce’s unexpected death, I found ways to look back in time, instead of forward. I’d been fascinated with the Victorians ever since discovering a volume of Pre-Raphaelite paintings while studying illustration in art school. The Victorians understood death to be a visitor who could announce its arrival at any hour, not only at 2:30 am in the staccato ring of a phone.

Article continues after advertisement
The Victorians understood death to be a visitor who could announce its arrival at any hour, not only at 2:30 am in the staccato ring of a phone.

Though one couldn’t say the Victorians welcomed the end of life, they definitely were better prepared than I was on that December night. How could they not be? They’d witnessed the sudden loss of Queen Victoria’s husband Albert from what was believed to have been typhoid fever. His death had plunged their regent and their entire country into extreme mourning. Albert was forty-two when he died. While his lifespan may sound truncated to our twenty-first century ears, it wasn’t: in 1851 England, the average life expectancy at birth was 41.9 years for females and 39.9 for males.[i] Regardless, Victoria wore black for the remainder of her sixty-three year reign.

With their queen ensconced in deepest mourning, death became ritualized by the Victorians. However, even before that, they were on top of it, unlike myself. I envied how their mourning rituals helped the bereaved grieve, process the unimaginable, and take comfort in the promise of an eventual celestial reunion. Their rites of mourning included arranging for a mute person to accompany a funeral procession, and hanging fabric over mirrors to prevent souls becoming trapped in the glass. I’m especially enamored of their concept of mourning clothes, whose colors ranged from lusterless ebony to delicate lavenders and greys. Wearing mourning communicated to the world where you stood in the grieving process; for example, black bombazine suggests a recent loss, reminding others to be gentle with you. (As a modern Brooklynite, black clothing only communicates I’m like everyone else in my socio-economic bracket.) They also braided locks of hair into lockets and inside pins—DNA encased in gold. Unlike flesh, hair never decays, proving the departed once lived. Proof of memory, if you will.

However, an invention created by Louis Daguerre in 1839 offered Victorians an even greater proof of memory. It could capture light on a silver-lined copper plate. Shadows secured for eternity.

What causes a seemingly healthy septuagenarian to die after routine surgery? My family had no idea. We’d lulled ourselves into complacency, believing twenty-first century medical practices and antibiotics would protect us from loss. Could it be malpractice? Or an undiagnosed medical condition? My mother-in-law had always loved mysteries, from Agatha Christie to Dick Francis. Now her death had become one.

Unprepared for death, my family scurried into action. “We’ll need to have an autopsy just in case,” my father-in-law decided. “To know the truth.” As he spoke, I recalled coming upon Joyce in the middle of the night shortly before her hip replacement surgery. She’d taken to sleeping on the living room couch, which was kinder against her aching body than a firm mattress. The thin light from the hall had illuminated the edges of the skull beneath her flesh. Her jaw appeared clenched with pain. A death mask. I’d turned away quickly, determined not to be superstitious.

Before the autopsy, my husband and his sister Suzy accompanied my father-in-law to the morgue to view my mother-in-law’s corpse. Someone there had taken a photograph of Joyce soon after death. “It didn’t look anything like her,” my husband later told me. “Still, Suzy looked at the photograph for the longest time.”

In 1838 Louis Daguerre wrote a prospectus to announce his invention, which would become the world’s first commercially available method of photography. Daguerre’s prospectus concluded with optimistic bravado: “[T]he DAGGUEREOTYPE [sic] is not a tool for drawing nature; it is a chemical and physical process that gives nature the facility to reproduce itself.” Earlier in this same prospectus, he wrote, “People may even make a portrait, although it is true that the motion of the model makes complete success difficult.”[ii]

The dead don’t move. And so Louis Daguerre’s invention offered a new way for Victorians to preserve the memory of their dearly departed: post-mortem photography.

Article continues after advertisement
Louis Daguerre’s invention offered a new way for Victorians to preserve the memory of their dearly departed: post-mortem photography.

Even so, the bereaved manage to remain still enough to pose beside their deceased loved ones. In these daguerreotypes mothers cradle stillborn babies. A widower sets a final caressing hand against a wife’s shoulder. In another photograph, a father even manages a slight smile while embracing a lost son, as though mindful of the viewer’s comfort. “Yes, he’s gone,” his smile suggests, “but we won’t be separated for long.”[iii] Looking at these photographs with modern eyes, what strikes me most is the emotional control it must have taken to pose in such a manner while in the midst of fresh grief. I possess no such grace.

In their book Sleeping Beauty II: Grief, Bereavement in Memorial Photography American and European Traditions, authors Dr. Stanley B. Burns and Elizabeth A. Burns explain that these post-mortem photographs “were an unquestioned aspect of everyday life . . . They were taken with the same lack of self-consciousness with which today’s photographer might document a party or prom.” For some, a post-mortem daguerreotype might be the only image they’d ever own of their husband, wife, or child. These photographs are displayed in albums embossed with sentimental sayings such as “Secure the shadow ‘ere the substance fade.”

Proof of memory. Evidence of death.

It had been a surprise heart attack that killed my mother-in-law. “My Joyce was a very sick woman,” my father-in-law told us after the autopsy results arrived. “I truly had no idea.” Yet I’m not surprised: when we cleared out the wicker basket beside her bed where she’d had stored her prescriptions, we found pills for blood pressure, pills for pain, pills for more than I’d realized. Some bottles had old expiration dates on them, but they’re there anyway. I can’t imagine Joyce taking them—perhaps she’d kept them as a talismen against disease. She really had been ill. I’d denied it.

Later as we drove from the funeral home, our voices overlapped with crosstalk, with lists of what to do, people to contact, arrangements to make on short notice. It’s overwhelming with so many of us speaking inside a small car. When we reach a stoplight, my father-in-law’s voice cut through our clatter. “Ganbatte kudasai!” he said; he’d once studied Japanese. “Do you know what that means? Just do your best.”

We do our best. We discover mourning has a life cycle of its own. Months pass, then years. I burrow deeper into the new world of fiction, which I’ve decided to devote myself to instead of book illustration. I begin a gothic novel and find myself writing of Victorian mourning rituals, of family secrets and inheritances. Suddenly my protagonist states, “I daguerreotype the dead. Corpses.” The character who responds to his pronouncement is intended as a stand-in for the modern reader. “Why the hell would you do that?” she asks.

Now I understand why.

[i] UK Office for National Statistics

[ii] First Exposures: Writings from the Beginnings of Photography edited by Steffen Siegel

[iii] The photographs described are from Beyond the Dark Veil: Post-Mortem & Mourning Photography from The Thanatos Archive ­

Kris Waldherr is an award-winning author, illustrator, and designer. She is a member of the Historical Novel Society, and her fiction has been awarded with fellowships by the Virginia Center of the Creative Arts and a reading grant by Poets & Writers. Kris Waldherr works and lives in Brooklyn in a Victorian-era house with her husband, the anthropologist-curator Thomas Ross Miller, and their young daughter. Her latest book, The Lost History of Dreams, is now available from Atria Books.

Leye Adenle on Nigerian Noir and the City of Lagos 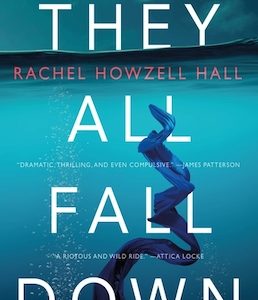 Disney World. No one asked me if taking my daughter to the other side of the country was fine. Also? I wasn’t jealous...
© LitHub
Back to top