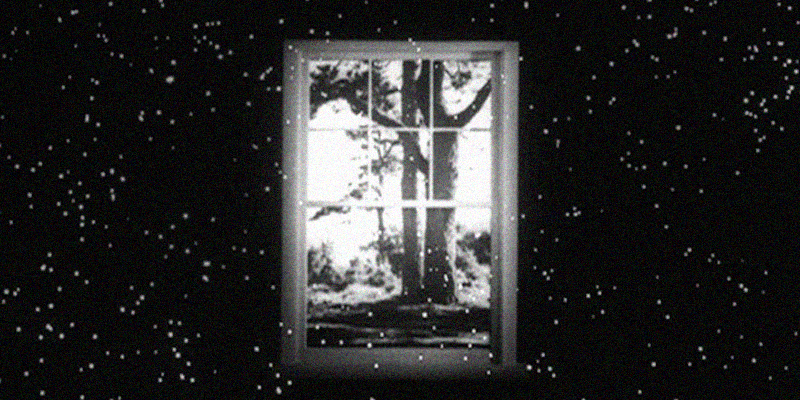 "All art is in conversation with what’s come before, and the artist’s job is to keep the conversation going: take something that sparked her interest, add to it and change it, then pass it along."

Back in high school, my best friend and I wanted to be Writers, the W definitely capitalized. We didn’t spend a lot of time writing, though. (It was hard.) Instead, we spent a lot of time talking about what we would do when we became writers. One of the questions that haunted our teenage souls was, What if we have nothing original to say? Hasn’t everything already been said? What if we’re… derivative?

Oh, those poor kids. Both of us kept writing and making art (my friend, Marc Ruvolo, started a record label and became one of the founders of Chicago punk). Eventually we realized uniqueness, in the strictest sense, is impossible. All art is in conversation with what’s come before, and the artist’s job is to keep the conversation going: take something that sparked her interest, add to it and change it, then pass it along. Play with it.

For writers, every story they’ve read, in any genre, is ripe for the taking. I grew up reading everything I could get my hands on, but my go-tos were superhero comics, science fiction novels, and murder mysteries. In my head, Isaac Asimov sat side by side with Agatha Christie. Later, Philip K Dick and Elmore Leonard got to know each other. My brain was a darkly lit bar in a weird part of town, and all those influences started having sex, exchanging DNA, and creating strange babies.

A couple of years ago, I was driving between Austin and San Antonio with my very funny writer pal Dave Justus. I told him I always wanted to write a book called The Album of Dr. Moreau and we started riffing on how hilarious it would be if a bunch of animal-human hybrids formed a band—Boyz II Animals, say. The animal puns came fast and fur-ious. (sorry).

But when I sat down to write more than puns, I needed a structure for the story, and I thought about Murder on the Orient Express, with all the main characters isolated together. So, it should be a mystery, and not only that, one of the fair-play, locked-room murder mysteries I grew up loving. I pitched it to my editor as “If H.G. Wells and Agatha Christie snorted coke together and watched This is Spinal Tap, this is what they’d write.” I wanted my detective to be as aware of these tropes and echoes as readers were—so I could comment on them and write better jokes.

This kind of gameplaying isn’t new to mysteries—in fact, there’s a reason John Dickson Carr, the king of the locked-room mysteries, titled his book of criticism The Grandest Game in the World. When I read his classic, The Hollow Man, I was surprised to run into this passage:

“Because,” said the doctor, frankly, “we’re in a detective story, and we don’t fool the reader by pretending we’re not. Let’s not invent elaborate excuses to drag in a discussion of detective stories. Let’s candidly glory in the noblest pursuits possible to characters in a book.”

It’s 1935, still in the Golden Age of Detective Fiction, and writers were already deploying metafiction? Then I did the math. A Study in Scarlet was published in 1887. Sherlock Holmes had been in the world nearly forty years. Writers were ready to acknowledge the field’s tropes and put their own spin on them.

Christie certainly knew what game she was playing. The A.B.C. Murders came out in 1936, we find Hastings complaining that Poirot’s favorite kind of mystery is too prosaic. Poirot answers:

“You have the melodramatic soul, Hastings. You would like, not one murder, but a series of murders.”

“I admit,” I said, “that a second murder in a book often cheers things up. If the murder happens in the first chapter, and you have to follow up everybody’s alibi until the last page but one—well, it does get a bit tedious.”

More recently, there have been novels like Keigo Higashino’s Malice: A Mystery, about the murder of a best-selling writer, and the movie Knives Out, both of which play on the audience’s understanding of how these stories usually work.

So clearly, going metafictional in my novella was not going to be a new move.  But it was freeing. I could reference (in other words, steal from) not only classic mysteries and science fiction, but the Backstreet Boys, Babar, X-Files, both the Monkees and Jane Goodall, Britney Spears, and any damn thing that seemed to belong. It wouldn’t be blind love—I’d have to keep an awareness of the limitations and blind spots of the past. But I gave myself permission to embrace what Jonathan Lethem has called an ecstasy of influence.

In mid-draft of “Album” I ran across a real-world mashup: a Guardian article mentioning that T.S. Eliot loved and reviewed mysteries. For the full story see Chris Evans’s essay about Eliot here on CrimeReads. [https://crimereads.com/t-s-eliot-crime-fiction-critic]  In the review Eliot lays out five rules for good detective fiction. Stories should avoid such things as “incredible disguises” and “elaborate machinery.” And in rule 3, he even name-checks H.G. Wells:

The story must not rely either upon occult phenomena, or, what comes to the same thing, upon mysterious and preposterous discoveries made by lonely scientists… Writers of this sort of hocus-pocus may think that they are fortified by the prestige of H. G. Wells. But observe that Wells triumphs with his scientific fiction just because he keeps within the limits of a genre which is different from the detective genre. The reality is on another plane. In detective fiction there is no place for this sort of thing.

No place? That sounded like a challenge (though one almost a hundred years old). I resolved to break all five of Eliot’s rules. My story would include elaborate machinery and disguises (the fans of my boyband would of course dress in furry costumes) and be premised on Wells’ own “preposterous” science.

Was my novella going to be derivative? Sure—it derived from dozens of different influences. Would it be original? Not in the way high school Daryl thought was required. But creating something unique is not the writer’s job. The job is to deliver the strange babies. 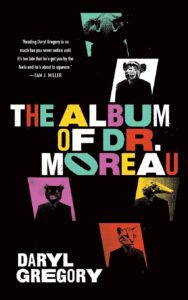 Daryl Gregory’s novella, The Album of Dr. Moreau is available now from Tor.com. He’s the author of Spoonbenders and seven other books, including the World Fantasy Award-winning novella, We Are All Completely Fine. The Appalachian horror novel Revelator will be out from Knopf in August 2021. 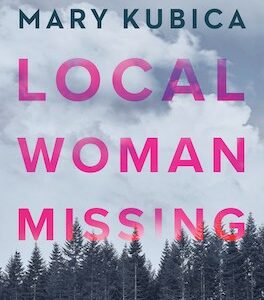 NOW To be straight, I never thought they were going to find you. I gave that up a long time ago. In all honesty I kind of wish...
© LitHub
Back to top