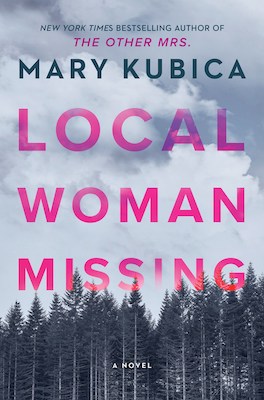 The following is an exclusive excerpt from Local Woman Missing, the latest thriller from best-selling author Mary Kubica. Theo always knew he had missing mom and big sister, but he and his father had been doing just fine until one of the missing women returns, reopening old wounds and unburying long-hidden secrets.

To be straight, I never thought they were going to find you. I gave that up a long time ago. In all honesty I kind of wish they hadn’t ’cause Dad and I were getting along just fine with­out you. It took him long enough to get over you in the first place. Now you’ve gone and reopened the wound, made him mourn for Mom all over again as if she’s only just died.

The truth is, Dad was never much of a dad to me until he got over missing you. But now you’re back and, in his eyes, you’re all that matters.

That’s not to say I didn’t think about you. I thought about you a lot when you were gone, though all I ever knew was the absence of you. I knew I was supposed to have a big sister, but didn’t. I knew that compared to you, I was second-tier.

There’s a room in our house that’s yours. I don’t ever re­member anyone living in there. It’s pink, that’s all I know, ’cause I’m not supposed to go in there and mess it up. It’s off-limits. Dad pretends it’s something sacred and holy, but all it is, is an old dusty room.

At school they treat me like some special-needs kid because of you. Everyone’s supposed to be nice to me because I’m the kid whose mom is dead and whose sister is gone. The truth is, nobody’s nice to me. They treat me like a freak instead.

I don’t remember having a sister. I can’t be sad about it. When you were gone, I tried to remember. I wanted to remember. But turns out, kid memories are weird. I spent probably too much time trying to learn about implicit and explicit memories, like why I can’t remember us playing together when we were lit­tle, or Mom singing me to sleep, but the smell of bacon always comes as a punch to the gut, and I don’t know why.

Dad tells me you used to push me on the swing in our backyard. We still have that swing. It’s no ordinary swing but is instead a scrap of wood with two thick strings that hangs from a tree. You probably don’t remember this, but when I was three—and you were five—you pushed me so hard I fell face-first off the swing. I don’t remember it, either. But Dad’s told that story so many times it’s like I do. It’s like I can con­vince myself that I remember what it felt like when I let go of the strings, fell forward and face-planted to the ground. It left me with a scar over my eye. The scar I’ve still got, but the memory of it is gone. They’re not false memories because they really happened. They’re just false to me. There’s a difference.

I don’t know why I’m telling you this. You probably don’t care.

When you were gone and I wanted to feel close to you, I Googled your name. You’re all over the internet, you know. A recap, mostly, of the last few days before you went missing. Details about the search and what happened to Mom, potential sightings that never panned out, like the lady who said she saw you at some IHOP in Jacksonville, right across the street from the used-car dealer where she worked. Dad booked a f light that very night, left me behind and went to Florida where he searched for you for days. You never turned up. Not a year later, some man said he spotted you at a Safeway in Redwood City, California, and after that, a truck driver swore he saw you at World’s Largest Truck Stop. Dad went to those places, too, but every time he came back empty-handed and sad.

There’s a reward for your return, you know. There’s noth­ing people won’t do for money, even lie.

Online there are the conspiracy theories, too. My favorite is the newspaper article from the Macy’s Thanksgiving Day Pa­rade, 2015, where people swear some girl in the background of a black-and-white photo is you. That photo is all over the internet now. That girl, whoever she is, in famous, or infa­mous, or whatever. The cops were never able to identify her, and yet there are whole sites devoted to that picture, like Find Delilah, which some obsessed nobody started up in the hopes of finding you and earning that reward.

Ten grand the reward is up to now. That woman who found you hit the jackpot.

But for as much as people think the internet knows every­thing, the one thing it doesn’t say is that the girl who came back isn’t the same one who disappeared. 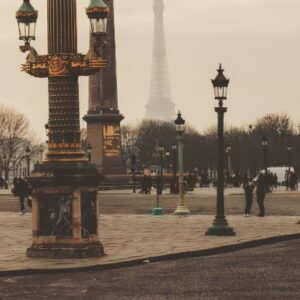 One Night in Paris: How the Hunt for a Missing Person in the Middle East Begins “In your message you indicated that there is something important you would like to discuss with me. So here I am.” I had received...
© LitHub
Back to top