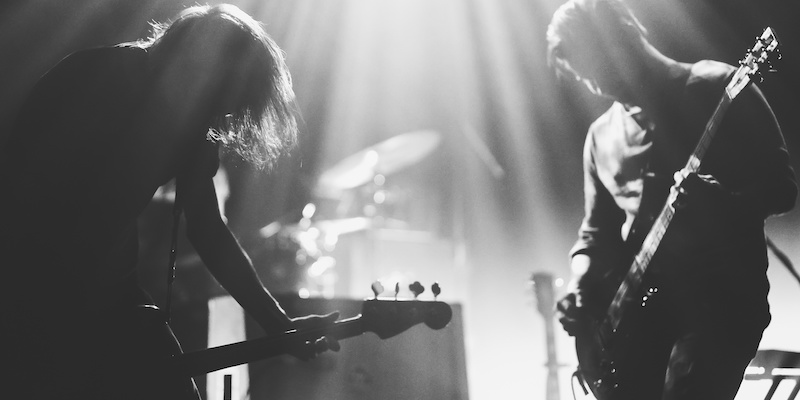 What Charles Harper Webb's time in a rock band taught him about the struggle for power.

My father, a formidable wrestler and boxer, told me more than once, “Guys size each other up the moment that they meet.” This may not happen consciously; but on some level, they predict the outcome of a fight between them. Men size up other qualities, too: intelligence, talent, competence. Always, a power-heirarchy emerges. Best hitter, fastest runner, best student, most popular—the ranking starts young, and—police chief, pop star, billionaire, President—it never stops.

At age 15, I started playing music professionally in Houston, Texas. I moved to Seattle for graduate school, and from 22 to 29, made my living by singing and playing lead guitar in rock-and-roll bands. Usually, I was the leader or co-leader of these bands. As such, it was my job to choose cover songs, write originals, run rehearsals, hire and fire sometimes-fractious or too-wasted-to-play musicians, and generally keep everyone in line. I also had to deal with club owners, fans, and every so often, a heckler.

I’m not a large man, but I knew how to fight, and had a fiery temperament which I controlled but didn’t entirely hide. Jungian psychologists might say that I had integrated my shadow side into my personality. I held in check the “beast within,” but kept it well-fed and healthy. I came across as a nice guy, but not someone to trifle with. (The verb may not have been “trifle.”) As a leader, the nice part of the characterization was, for me, the most important. I downplayed my power, minimizing overt challenges to others. I rarely got in someone’s face, and defused tensions by being fair, reasonable and, when possible, using humor. If necessary, though, I could come down hard.

There are, I’ve found, three kinds of male friendships: leader / hanger-on, leader / sidekick, and co-leaders. Just as among lions or chimpanzees, there are sure to be attempted coups. The hanger-on may try to lift his status to sidekick, co-leader, or even sole leader. The sidekick may try to raise himself to leader. Either of the co-leaders may try to become sole leader. Conflict is inevitable, and runs the risk of rupturing the friendship. Or the band.

The leader / hanger-on relationship requires a leader willing to tolerate a “friend” of much lower status, and a hanger-on willing to accept that low status. This relationship was common with rock bands. Stories of female hangers-on are the stuff of legend and song. But a lot of guys hung around bands too, hoping to soak up spare glory and other perqs. For the privilege of hanging out, they might offer a good practice space, deals on equipment, assorted substances, or most often, their labor, which might involve acting as security, moving equipment, designing logos, or in one case, building electronic devices to enhance my band’s sound and show.

The more talented and dependable hangers-on might be promoted to sidekicks, with the band-members as leaders. The leader / sidekick relationship requires that a smaller but still significant power-imbalance be accepted by both parties as right and fair. Many bands, including mine, made a show of being egalitarian; but there is always a leader. Leader / sidekick is the de facto relationship of a band-leader vis a vis the other members. The sidekicks need to follow the leader’s orders, or risk expulsion.

Co-leaders of a band can work very well musically, but the balance can be precarious. The John Lennon / Paul McCartney falling out was in large part responsible for the breakup of The Beatles.

As a band’s co-leader, I found myself on the losing end of a coup two different times. The first involved artistic differences. I wanted to play heavy rock; my co-leader wanted to play pop. The popsters outnumbering my side four to two, I got the boot. In the other case, my co-leader, feeling that the balance of power between us on stage had shifted too far in my favor, formed an alliance with our manager, and got me axed.

On other occasions, I put down rebellions, or staged coups of my own. On one occasion, the leader of an already-popular band hired me for my musicianship, then felt that I was taking the band over musically. Regretting his choice, he tried to kick me out. I staged a preemptive strike. The band axed him.

In bands or not in bands, most interactions between men involve overt or covert issues of power. In my novel, Ursula Lake, former best friends Scott and Errol, years after a serious falling out, find themselves fishing together on their favorite lake, deep in the wilds of British Columbia. During the years of their friendship, they maintained a co-leaders relationship. This took some doing, since Errol, an accomplished high school wrestler, was Jack Reacher-sized: well over six feet and 200 pounds. Scott and Errol had a lot in common, however, including intelligence, irreverence, strong interests in the arts, and a near-fanatical love of fishing. This, plus Errol’s conscious decision never to play the “size card,” created a mutual respect that let the friendship thrive.

A petty conflict, allowed to escalate, changed everything. Their friendship’s equilibrium destroyed, Scott and Errol didn’t speak for five years. The whole time, though, they mourned their lost friendship. When the chance to fish together again presents itself at the start of my novel, they try to re-establish the co-leaders friendship they have both missed.

Events do not cooperate. When Scott begins catching more and bigger fish than Errol, the power balance shifts. Errol’s wife, Claire, witnesses this shift, which makes things worse, since men’s fixation on hierarchies and power evolved, almost certainly, from the necessity to compete for women. The problems that arise from Scott’s and Errol’s struggle for power propel my book.

Outside the realm of friendship, too, interactions between men generally involve assessing and sometimes testing each others’ power. Some ultra-competitive men refuse to acknowledge anyone’s superiority. This can lead to big problems. Most men, though, will bow to superior ability. Few young quarterbacks would balk at taking directions from Tom Brady.

Being bossed by someone “sized up” as inferior is harder to accept. Being bossed by an incompetent—see the Dilbert comic-strip—can be intolerable. Conversely, a boss who feels inferior may overcompensate by being arbitrary, overbearing, and punitive, trying to cut his subordinates down to size.

In Ursula Lake, Errol chafes at working for and being bossed by his wife’s overbearing father. Scott, a professional rock musician, finds the agents, managers, and A &R men who control the music industry to be fools and philistines. Men controlled by people they see as their inferiors may become depressed and/or angry and vengeful. When that happens in Ursula Lake, it’s time to duck and cover; something heavy’s coming down. 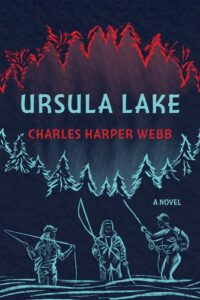 Called "Southern California's most inventive and accessible poet," Charles Harper Webb is the nation's foremost proponent of stand up poetry. A former professional rock singer/guitarist and licensed psychotherapist, he is professor of English at California State University, Long Beach. His latest of twelve collections of poetry is Sidebend World (University of Pittsburgh, 2018). Webb has published a collection of essays, A Million MFAs Are Not Enough (Red Hen, 2016), and edited Stand Up Poetry: An Expanded Anthology (University of Iowa, 2002), used as a text in many universities. His awards include a Whiting Writer's Award, a Tufts Discovery Award, and a fellowship from the Guggenheim Foundation. An avid fly-fisherman, he lives in Los Angeles, CA. 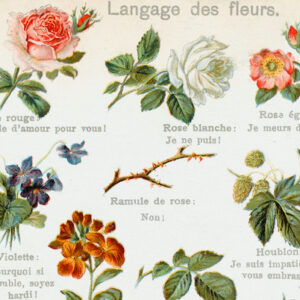 Imagine a walled garden buried deep in the English countryside where every flower or plant has been chosen to send you a message....
© LitHub
Back to top