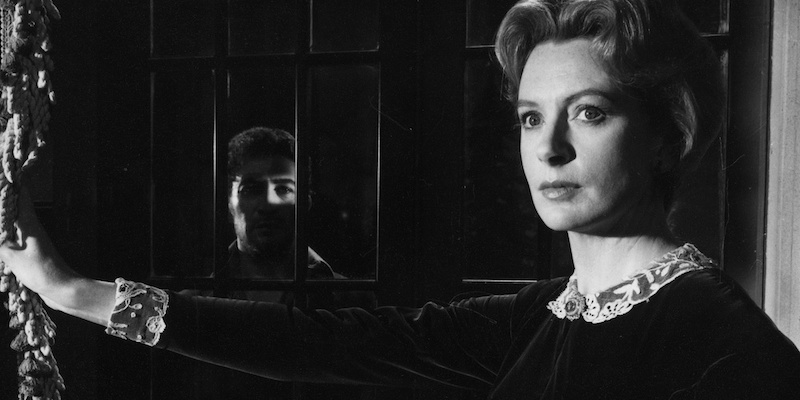 "It is the very function of ghosts to undermine confidence—for good or ill—that the dead are truly set apart."

By the 1890s James was confronting the painful reality that his serial and book sales were modest and his finances needed bolstering. In 1891 he confided to Robert Louis Stevenson, “Chastening necessity has laid its brutal hand on me and I have to try to make somehow or other the money I don’t make by literature. My books don’t sell, and it looks as if my plays might.”

This turned out to be a vain hope. “I mean to wage this war ferociously for one year more,” he wrote William in December 1893 of his efforts in the drama field, and then “ ‘chuck’ the whole intolerable experiment.” A little over a year later, on January 5, 1895, the dismal premiere of James’s play Guy Domville, featuring a popular actor, George Alexander, pushed him over the edge. While fellow writers in attendance—George Bernard Shaw, H. G. Wells, and Arnold Bennett—admired what they saw, James was booed by the larger audience, and he took this as the traumatic end to a cursed theatrical sojourn.

The Turn of the Screw was James’s first major work following this defeat, its germ recorded in a journal entry of January 12, 1895. The bare outlines of the story—originally told by the archbishop of Canterbury to James at tea—are strikingly close to the actual plot of the novel: an isolated country house, sister and brother orphans left to the care of depraved servants who transfer their corruption to the children. The servants die, returning as ghosts that haunt the house and taunt the children to come “over to where they are” in their evil afterlife.

The germ remained undeveloped until James was approached in 1897 by Robert J. Collier, the editor of Collier’s Weekly, who wanted a ghost story by a writer not known for producing them and acquisitioned a twelve-part serial. The genre, which virtually guaranteed a wide readership, turned out to be an ideal transition from Guy Domville. James had already written stories in this vein, and the supernatural was a familial preoccupation; Henry James Sr. was fascinated by spiritualism and spirit possession, and William did research on occult phenomena.

Like many contemporary intellectuals, William and Henry took ghosts seriously. They were friendly with Frederic W. H. Myers, who headed the Society for Psychical Research, and Henry was recorded in the minutes of a society meeting in London reading a report on behalf of his absent brother about a female medium who was occasionally overtaken by the spirit of a dead man. Society researchers sought positivistic evidence of ghosts and provided a steady stream of testimonies for public consumption. These accounts of specter sightings, which numbered in the thousands, were in turn avidly consumed by readers, who couldn’t get enough of them.

The James brothers’ views on ghosts were rooted in contemporary science, and also in their personal convictions about the fate of consciousness after death. Having enjoyed such fertile minds, and interacted with so many others, neither could accept that these vital organs would simply expire with the body. As William wrote in a letter to the Harvard professor Charles Eliot Norton, “I am as convinced as I can be of anything that this experience of ours is only part of the experience that is, and with which it has something to do; but what or where the other parts are, I cannot guess.” In the essay “Is There a Life after Death?,” Henry concurs, suggesting that preparation for an imaginatively heightened afterlife is made through long cultivation of the intellect. Death as Henry sees it is a release of the most advanced minds into an elite republic of consciousness. Liberated from cumbersome materiality, the mind can range freely. Moreover, it is in death, James holds, where we are known solely through the memories of others, that we have the most power to arouse love and to control loved ones.

Such assumptions inform the plot of The Turn of the Screw, which is concerned with the influence of the living by the dead. As the narrator, the governess transfixes her audience with her story from the beyond, and the divide between the dead and the living remains permeable throughout. The novel foregrounds boundaries of all kinds—architectural (doors, windows, corridors, stairways), natural (dawn, twilight), class (uncle/governess, servants/children, governess/housekeeper)—and their regular violation. It is the very function of ghosts to undermine confidence—for good or ill—that the dead are truly set apart.

The question that confronts every reader of the novel is whether the ghosts of Miss Jessel, the governess, and Peter Quint, the gardener, are “real” or figments of the current governess’s imagination. Critics have quarreled since the work’s publication about the authenticity of the ghosts. Some believe in them wholeheartedly, while others deem them hallucinations of an hysterical governess. What remains critical is James’s own insistence on ambiguity; refusing to take an absolute stand on the issue, he understands, makes for a better story.

The reality or unreality of the ghosts is further complicated by the multiple frames. The novel’s events are recounted by an unidentified narrator, who has heard them from a character named Douglas, who read them in a manuscript written by the governess; her first-person narrative enables her to speak from the grave.

A parson’s daughter, hired by a wealthy guardian to tutor his charges, an eight-year-old niece and ten-year-old nephew at Bly, a remote country estate, the governess is instructed that she “should never trouble him—but never, never: neither appeal nor complain nor write about anything.” For this, the guardian, “a lone man without the right sort of experience or a grain of patience,” pays her a salary that so “much exceeded her modest measure” she cannot refuse.

What at first seems a pastoral utopia, however, soon becomes a nightmare, as the governess is subjected to visitations from the ghosts of Miss Jessel and Peter Quint, and then to increasingly desperate worry over the moral condition of the children. Do Miles and Flora know instinctively what the sexually transgressive governess and gardener seem to have modeled for them?

While The Turn of the Screw is more interested in the ontology of evil than in Calvinist notions of original sin, no reader can be secure about the children’s essential innocence. As in The Awkward Age, the emphasis on how adult characters, and society at large, handle the precocious awareness of children leaves the question of the children’s own sexual understanding entirely open.

The fundamental quandary persists: Are the children innocent, and what can innocence mean in the story’s terms? And if the children have learned more than they should about adult sexuality, who is most responsible for it? The sinister Peter Quint, or the narrator whose passion can seem unbounded? The key to all this intrigue is the Freudian puzzle, which James anticipated, of what children know and when they know it. This is central to James’s fiction of the 1890s, which repeatedly stages the experiences of children who are at once preternaturally perceptive about the adult world that surrounds them, while retaining an openness and naivete. Yet their complicated blend of attributes are not unlike those of adult protagonists in The Ambassadors and The Golden Bowl. For characters such as Lambert Strether and Maggie Verver must also undergo painful transitions from gullibility and trust to mature awareness.

As the ultimate example of James’s portraits of innocents from the 1890s, The Awkward Age (1899) concerns an emergent female sexuality that prompts elaborate forms of vigilance. Female adolescents are, on the one hand, innocents whose entry into society requires the purification of cultural habits. But, on the other hand, over the novel’s course, the female adolescent is increasingly viewed as herself a threat to social mores. Every attempt to preserve female innocence fails, and the failure is attributed to feminine nature rather than to society itself. 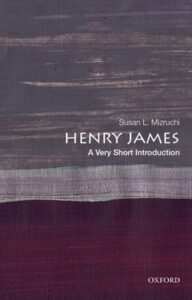 Susan L. Mizruchi is William Arrowsmith Professor in the Humanities, Boston University and Director of the Boston University Center for the Humanities. Her previous books include Libraries and Archives in the Digital Age (2020) and Brando's Smile: His Life, Thought, and Work (2015). Her most recent book, Henry James: A Very Short Introduction, is now available from Oxford University Press. 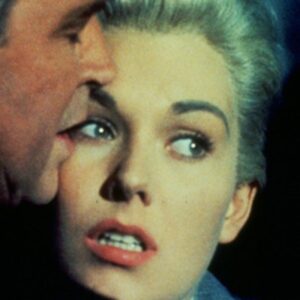 Here are the starting points of two movie thrillers we recently watched: a low-level group of crooks rob a small town bank...
© LitHub
Back to top