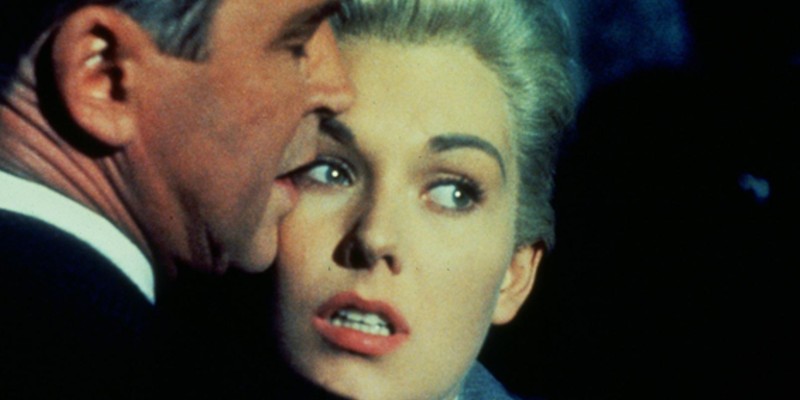 Nicci French on the fine line that divides everyday life and the raw material of psychological thrillers.

Here are the starting points of two movie thrillers we recently watched: a low-level group of crooks rob a small town bank and come away with vastly more money than they expected. It turns out they’ve mistakenly stolen Mafia money. What do they do now? (This is Don Siegel’s terrific 1973 movie, Charley Varrick, improbably—but wonderfully—starring Walter Matthau.) 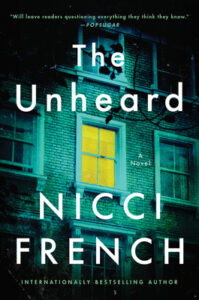 Second example: a serial killer has massacred two entire families in different cities who seem to have nothing in common. (This is Michael Mann’s 1986 movie Manhunter, based on Thomas Harris’s Red Dragon.)

By comparison, this is how we got the idea for our 1999 book, Killing Me Softly. We were driving to visit a sick relative and we began a conversation about the strangeness of how we had met and got together. At the time, we were both journalists, working on the same magazine. Nicci, with two children under the age of three, was in the process of getting divorced. Within weeks we had moved in together and decided to get married. In retrospect, it sounded insane. We knew almost nothing about each other, nothing about our different pasts, we didn’t share friends and yet we were suddenly and drastically changing our lives.

We then talked about how falling in love is a kind of madness, maybe a necessary kind of madness. When you fall in love with a person, you become fixated on them, they seem more interesting than anyone else in the world. Nothing else, nobody else can compare. We talked about the two pairs of young lovers in Shakespeare’s Midsummer Night’s Dream who go into the forest and have a night of love potions and disorder and madness and passion and threatened violence. But then they come out of the forest into the everyday world of day and normality as we all do when we get married and find somewhere to live and do our jobs and pay our bills.

So, our story didn’t start with a bank robbery gone wrong or an innocent family massacred by a serial killer. It started with a young woman meeting the gaze of a young man on a London street and instantly falling in love. It is a version of our own story but it’s our story with the dial turned several notches so that we get to see the terrible risks of opening yourself up to someone you barely know.

The thriller form is about different kinds of fear. There is the fear of being hunted down by the Mafia or being the victim of a random serial killer. But the fears explored in the psychological thriller are more intimate, more domestic. It’s surely not a coincidence that the pioneers of the form in the 1940s and 1950s were female. Sarah Weinman assembled a fine selection of these for the Library of America. Some of them are so frightening you need to put the book down from time to time, but they are not police procedurals. They are about the psychological pressure of a mother protecting her daughters while her husband is away in the war (Elisabeth Sanxay Holding’s The Blank Wall). About leaving your little daughter with the wrong babysitter (Charlotte Armstrong’s Mischief). About how the person you should be most afraid of is not the murderous stranger but your own partner (Patricia Highsmith’s The Blunderer—and most of her other novels, as well).

It makes sense that Hitchcock brilliantly adapted Highsmith’s Strangers on a Train, an unsettling story in which the ‘villain’ carries out the ‘hero’’s dark desire to murder his wife. All of Hitchcock’s best films are psychological thrillers in which the villains are sad, sympathetic figures (yes, even Norman Bates) and the heroes are voyeurs or cold manipulators. Think of James Stewart in Vertigo, dressing Vera Miles as an imitation of a dead woman. For Hitchcock there was nothing more frightening than the relationships between men and women. As the French director, Francois Truffaut said of him: ‘His love scenes are like murders and his murders are like love scenes.’

In certain ways, the psychological thriller, with its everyday fears, is closer to the romcom than it is to the police procedural or the techno-thriller. Think of the standard rom-com scenario: a couple meet in some cutely awkward way. At first, they don’t like each other but then one of them pursues the other, turning up at their office with flowers, singing to them in public. If the other partner finally gives way, then it’s romantic. But if these attentions are unwelcome, it’s a psychological thriller. In the 1995 movie, While You Were Sleeping, Sandra Bullock falls in love with a man in a coma and pretends to be his girlfriend. And then falls in love with the man’s brother. Is this a romcom or a dark psychological thriller? It depends what happens when the man wakes up.

One of our own psychological thrillers, Secret Smile (2004), begins with a simple idea we had. What if you broke up with someone you’d had a brief affair with and he refused to leave? Could be a romantic comedy. We used it as a story of the psychological toll that a relentless stalker can take on a family. The stuff of psychological thrillers is not ghosts or bombs or terrorists but the everyday anxieties we all share. If I think my partner is having an affair, then what do I do about it? Do I ask them? What if they deny it? Do I check their phone? Do I follow them? And what is this doing to me? Am I the problem?

People ask us where we get our ideas from. Our simple answer is that anyone in a family has enough material for a lifetime of psychological thrillers. 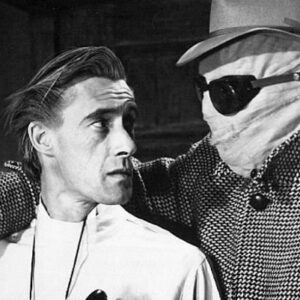 I grew up in a haunted house. It was a plain red brick 1890s farmhouse with 12-foot ceilings, an attic I never went into,...
© LitHub
Back to top